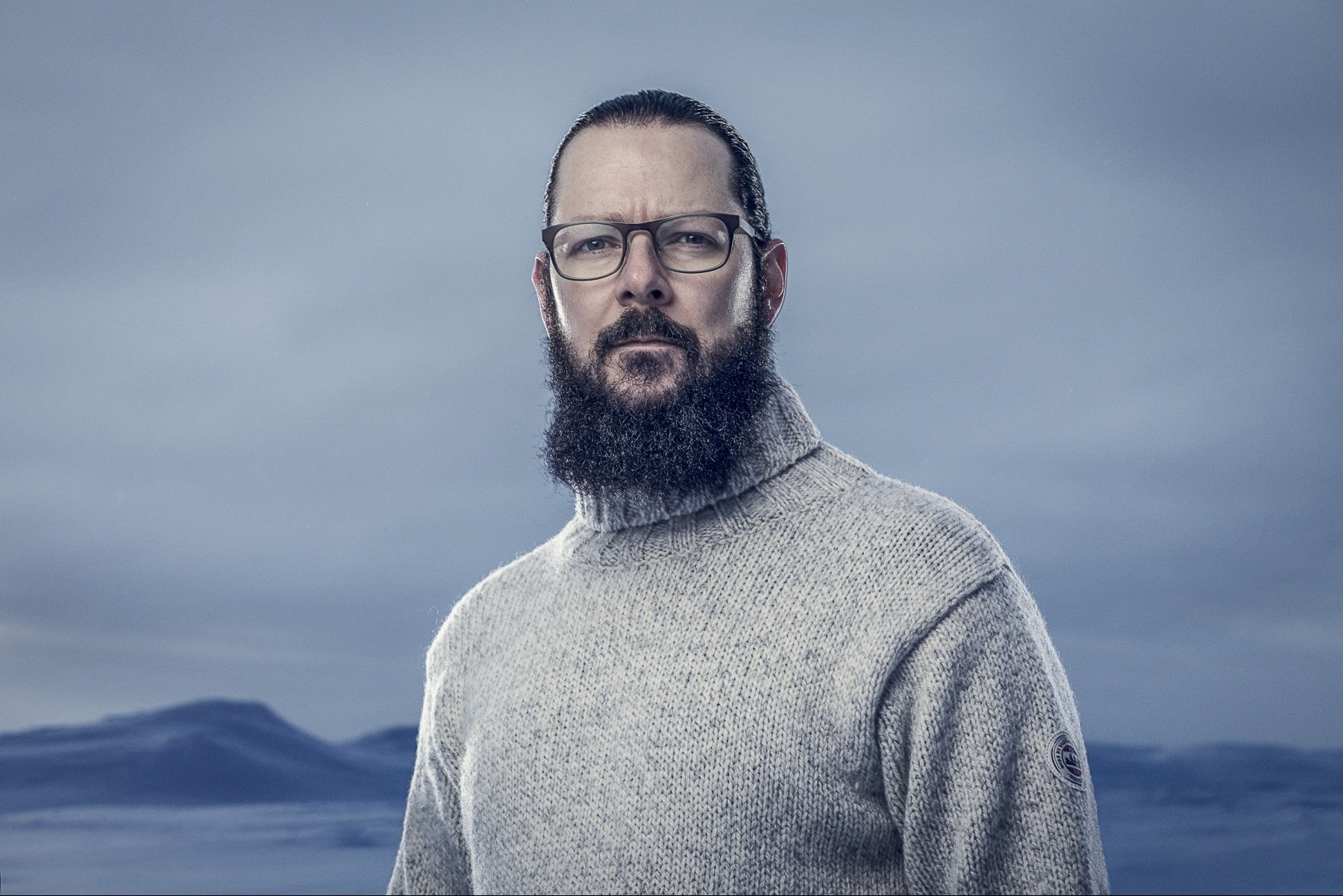 By David RodriguezFebruary 7, 2020 No Comments

A divisive character by nature, Ihsahn digs deep into his blackened bag of tricks to turn out Telemark, an EP with a lot of meat and surprises.

I went into this review…well, not concerned, but a little anxious at what Ihsahn was planning on pulling off with his next move. He’s reliably unpredictable – playing to expectations in unexpected ways, if that makes sense. His last few albums have been a roller coaster of emotional response from me personally, and let’s just say that his last album Àmr was on the lower end of the spectrum. It felt a little toothless and unearned, especially after Arktis, which was great. Even if Telemark wasn’t that good, it’s only an EP, right? The first of two promised this year by the Norwegian legend.

Good thing Telemark is pretty good then. Ihsahn, of course most known for fronting Emperor, has made this shift from the black metal underground to dark progressive music relatively elegantly. I think he’s had much more opportunity to express himself artistically in his older age than he was ever afforded in his youth, and that’s a net positive for him and us as fans. He’s achieved all this and more without betraying his harsh roots, incorporating them often and with ease.

A lot of you reading this are likely already familiar with this, so you’ll be pleased to know that this EP is more of it, just better and more elegantly diverse. Between the cold march of the opener “Stridig” to the cinematic prog feel of the title track, Telemark‘s first three songs each give something expected with an unexpected twist. Classic Ihsahn.

The unsung hero of this whole EP is the saxophone, which appears on every track, providing backing melodies and some showy flair when given the space to do so. The way Ihsahn forms his music is usually more tight than openly atmospheric – he fills every space with something so it encloses you in whatever sonic prism he sees fit. The sax almost adds a hint of levity to Telemark, producing clean melodic lines to clash with the wretching vocals and the blast beats.

While “Stridig” is more outright metal than much else here based on tempo and attitude alone, “Nord” feels like a safer homage to late second-wave black metal with its deliberate churning and foreboding tone. The title track is where this EP is at its most adventurous. It’s progressive in a way I haven’t heard much Ihsahn music be in years, if ever. The guitars feel scorched and threatening, as if a burning sun was looming over everything. I should note here that the first three tracks are sung in Norwegian, which adds a layer of mystique to the music. What I miss in linguistic understanding, I get from contextual inference and raw emotion. The whole thing feels familiar and homey (at least from the standpoint of the artist), and the use of his native tongue only enhances that effect.

Now, that covers the original material for Telemark. It wouldn’t be an EP from a musical figurehead without a couple covers, right? Ihsahn treats us to a serviceable cover of Paul Di’Anno-era Iron Maiden with “Wrathchild”, firmly in his own style. A standout on the NWOBHM legends’ sophomore album Killers, here it takes on an almost King Crimson-esque progressive nature with the added saxophones and Ihsahn‘s trademark harsh rasp. Not bad!

It’s the other cover that really grabbed my attention though, because it’s “Rock and Roll is Dead” by Lenny Kravitz. What? Yep. The tongue-in-cheek original is the solid rock affair that Kravitz is known for, but here it’s jazzed up similarly to “Wrathchild”, somewhat literally with the sax again. A clean and catchy melody is pervasive throughout the whole song, carried by guitar, bass, the aforementioned saxophone, and even another horn or two if my ears aren’t betraying me. It’s playful in a way that Ihsahn songs just aren’t and shows a different side to him, though one that is more welcome than some other experiments that didn’t impress as well in the past. Ending with these covers perhaps shows a keen intent to show a lighter side, which I’m all for.

Saying something like ‘Ihsahn is back’ seems so corny, especially when he’s pretty incapable of staying in one place for too long. Statistically speaking, he will make more music that I don’t take to well, and that’s fine! I still live for the moments where his creative process syncs with my tastes, and hope that his other fans get plenty more out of the material that I don’t. For now, Ihsahn has pulled his dark, chugging train into my station, for which I’m grateful. Telemark is short by design, but that’s likely a good thing as it forced him to display his greatest ideas with some neat quirks that pay off well.