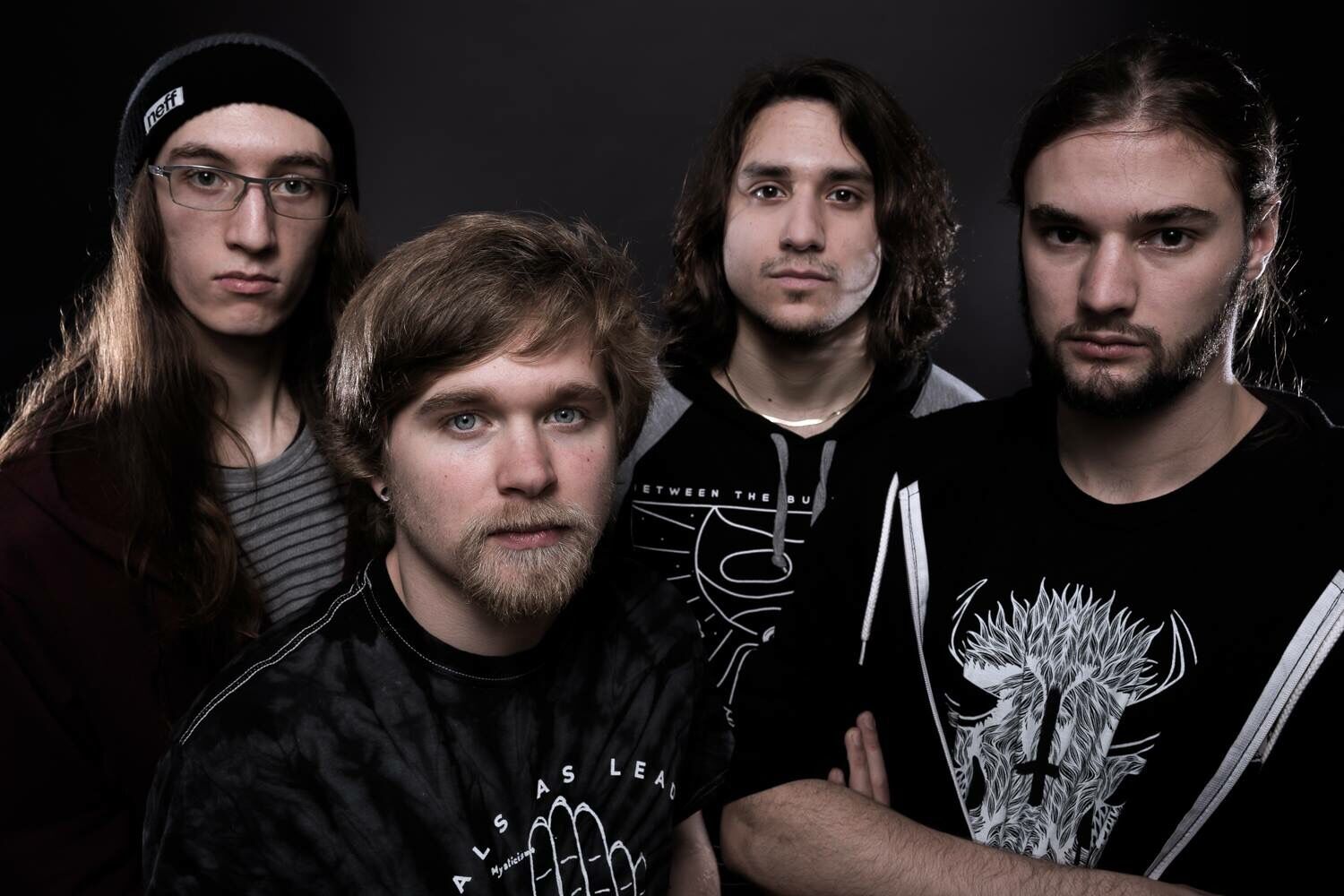 By Ashley JacobFebruary 6, 2020 No Comments

Talented prog metal purveyors Myth of I are just two months away from unveiling what is sure to be a formidable debut album; in the meantime, us humble listeners get treated to a brand new single, and Everything Is Noise is pleased to have the exclusive premiere. Hold onto your seats – here comes “The Illustrator”!

What’s initially impressive about “The Illustrator” is the band’s merging of neighbouring subgenres. Alongside the highly impressive technical showmanship one has come to expect from the Artisan Era standard of metal, you can also hear the beefy low-end sounds of the early pioneers of djent such as Meshuggah, Animals as Leaders, and Vildhjarta. Regardless of influence, however, the song operates seamlessly and provides listeners with a hell of a meaty dish. It’s, hard, jazzy, emotive, and ultra-tight. You won’t be disappointed.

As the song draws from all the best nuances whilst cementing an identity of its own, this is a very impressive next step for Myth of I, and bodes well for their future. Despite previously cutting their teeth in bands such as Zealotry and Intoxicated Rage, the Myth of I brand is still fairly young, and this early burst into 2020 – with a debut album in the running – is just what they need to snare our attention. If this teaser track is anything to go by, it will one for the playlists.

Myth of I will be released April 10, 2020 via The Artisan Era; you can pre-order the album on their Bandcamp site. For all other news and info on the band, check out their Facebook and Instagram pages.