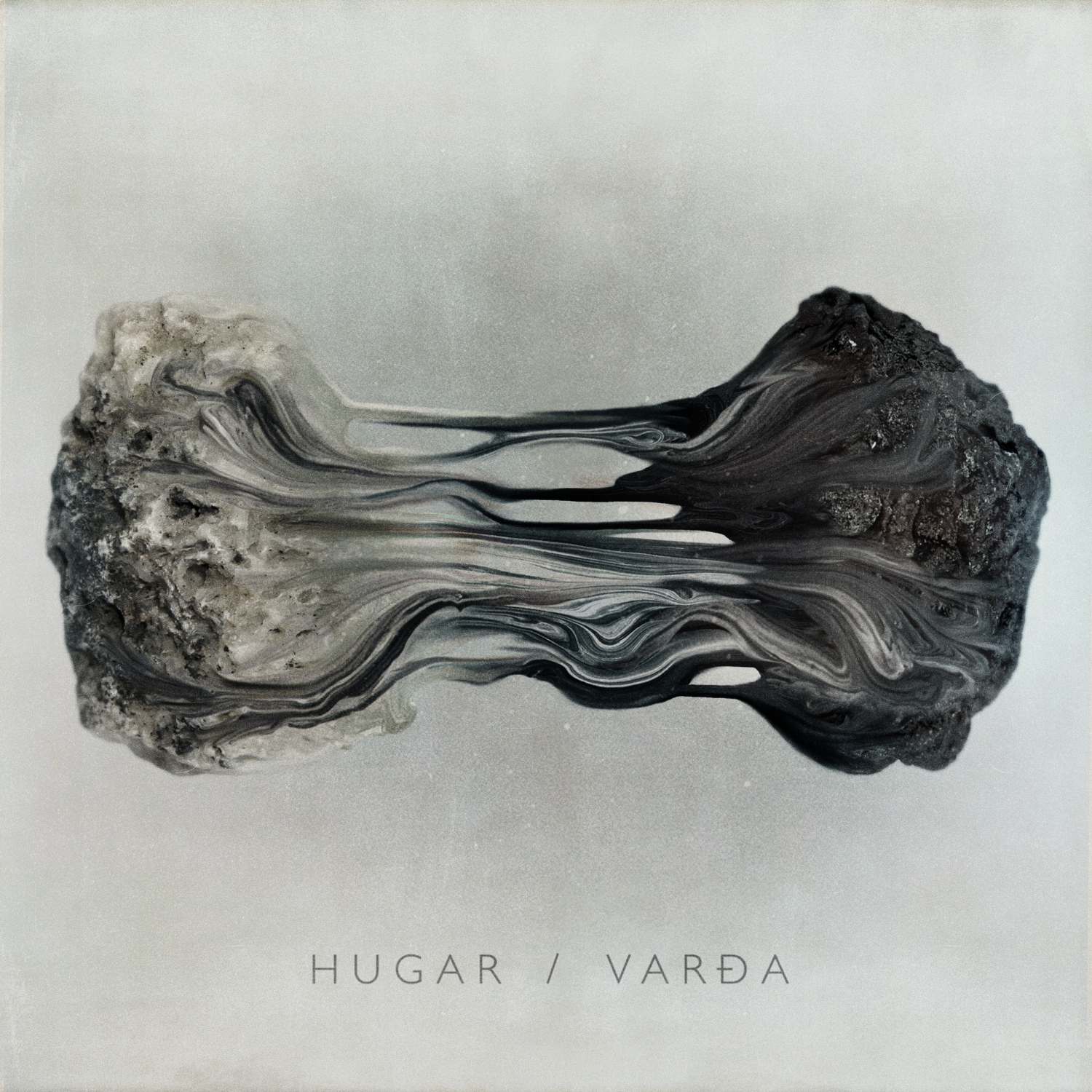 The emotional range of Varða speaks to both the impressive landscape in which this record was carved but also the minimalist expressiveness of Nordic culture so eloquently captured by Hugar.

Every time we find ourselves fawning over a band from Iceland we remark at the consistently brilliant outflow of music from the tiny island in the North Atlantic. The number of musicians per capita is almost astounding and that flow of multi-genre brilliance cements the Icelandic scene is the one to beat. Hugar are firmly among this number of inspiring Icelanders vying for your attention with their latest effort Varða.

A ‘varða‘ is a stack of rocks, considered by many as a roadside marker, or in this day and age, good for an Instagram shot, but their original purpose was to guide adventurers. Their presence and creation are believed to be a good omen for a safe journey. In theory, this bodes well for the adventure you’re about to undertake with Varða. This duo is comprised of Bergur Þórisson and Pétur Jónsson and they have spent almost five years crafting the follow up to the 2014 self-titled début and as we’ll discover – this was time well spent.

Given the otherworldly scenery, its isolated position on the map, and its violent and wild weather, there could be no greater inspiration for composition than the band’s homeland. This is an understated, but also a wild sonic tribute. The remarkable thing about Varða is the complete attention to detail employed, understanding when to hold back and when to let textures bloom into explosive geyser-like crescendos. The swirling storm that is “Saga” rises and falls over itself with strings scrambling over guitars that are also piling over brass sections all coming to a head in the most natural of conclusions.

The delicately affecting “Ró”, on the other hand, strips proceedings back to almost nothing, a stark piano ambles along almost absentmindedly, a light in the dark. Think of it as a single candle left to light the journey through a cold and unyielding night. The strings of “Órói” add a palatable warmth as the weather changes once more, this calm and tranquil stillness acts as a moment of reflection for the listener.

The one distraction that is present here is the run time of the individual tracks, often feeling like they should be longer or paired together into larger offerings, the triple hit of “Logn”, “Rok”, and “Land” are the perfect example of this. Each track flows effortlessly into one another, but it’s hard to ignore the gaps in-between these fairly short songs as the album draws to its inevitable conclusion and with that you wish there was more confidence in exploring these ideas to their fullest potential.

Blending neo-classical and post-rock whilst avoiding the trappings of both genres is impressive; you’ll find no contrived crescendos or meandering jaunts that have nothing important to say here. The emotional range of Varða speaks to both the impressive landscape in which this record was carved, but also the minimalist expressiveness that has become synonymous with many forms of Nordic media. Unlike some of their more impenetrable or intimidating brethren, Hugar are marking the way for those who want to take a journey into a beautiful foreign land.