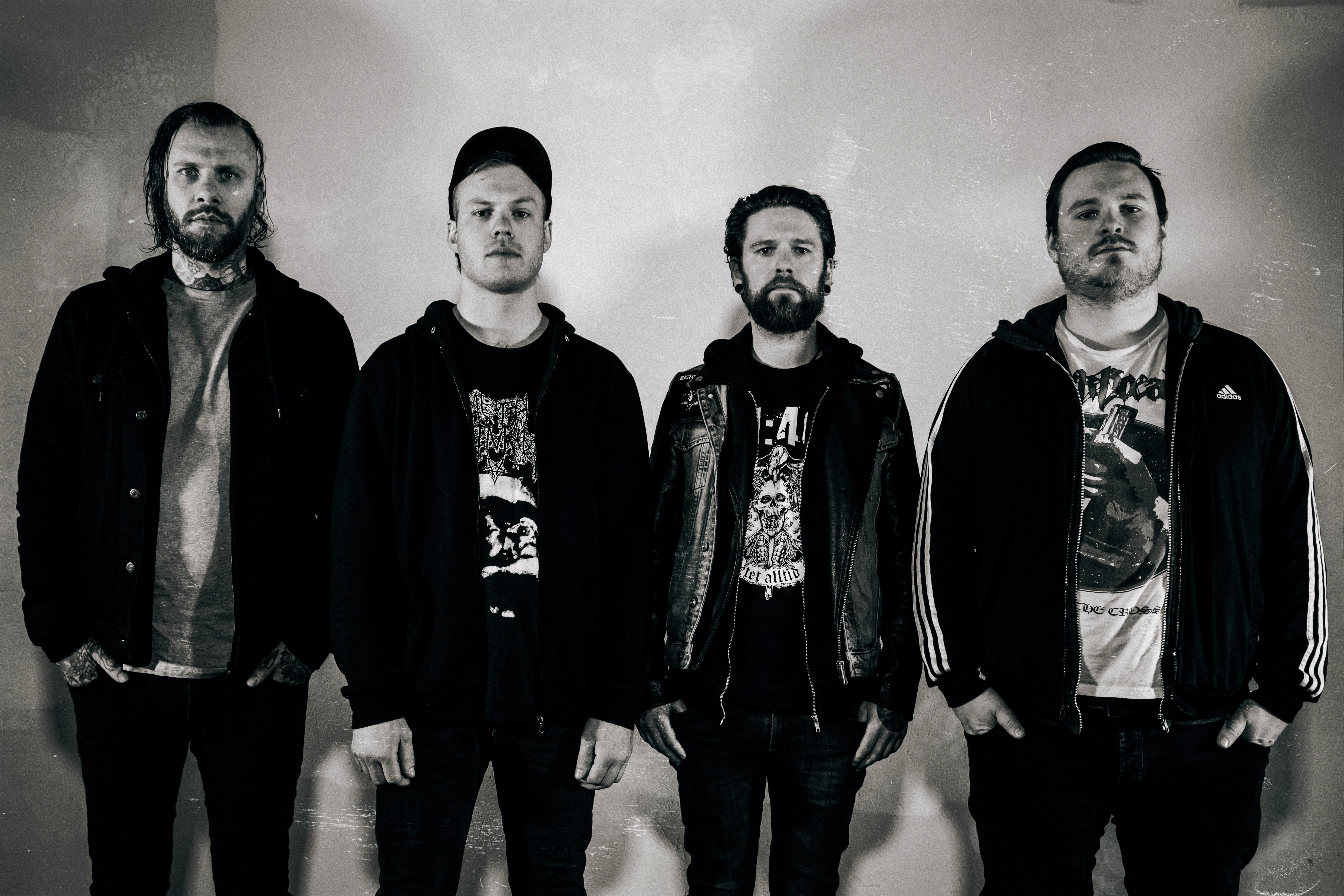 By David RodriguezAugust 20, 2019 No Comments

Agenda relish in the violent ends we are surely headed toward as a civilization with savage, crusty punk. A cathartic, if familiar endeavor.

It’s hard not to be mad in current times. The world is looking to its own death in the not-so-distant future, societies seem to be competing with each other in the depravation Olympics, and everything else in general seems to have taken permanent residency in hell itself. The lesson: humans were a mistake. Bands like Agenda revel in the fact that we face certain doom, and look to exaggerate it with their hostile form of punked-out hardcore. In that regard, Apocalyptic Wasteland Blues is all dystopian D-beat with little impeding it.

Watching the world burn is hardly a new musical theme, especially for heavy music. Anything over 200 beats per minute just seems to call out to The End™, and this music is no exception. Societal ills and the downfall of humankind just go well to relentless punk rhythms, driving guitars, and screamed vocals. It’s a recipe for a mean album that knows exactly what it wants to be an achieves it. As such, it’s nothing you haven’t heard before, but I imagine the point is you just don’t care about something as overrated as originality when the speedy riffing of “Do Or Die” is ringing through your head.

As is customary of hardcore, the music of Agenda as a whole is hammering. The vocals are pissed, as if screaming at the sky surrounded by wreckage and billowing smoke pouring out from the maw of a once booming metropolis. “Life Left Behind” is adamant in its execution – nothing can change the fact we’re facing destruction, so mourn with a toothy grin and a bob in your head as the track takes a more reserved approach with slower instrumentation than much of the rest of the album.

Every song except one, maybe two, is blisteringly-paced. Even when atmosphere creeps in, it’s ominous and prophetic of the destruction not far off. The intro of “One Question Remains” entertains a world where chaos maybe didn’t eternally reign only for it to usurp the melody of downtrodden guitars with distortion and heaviness. Entropy at its finest. The whole of Apocalyptic Wasteland Blues is anthemic, almost celebratory of our inevitable violent end, so to see things varied is welcome. “Burn The Light” is a fine example of that, establishing a catchy melody that carries all the way to its croaking end, but it mixes in some clean, spacious guitar sections that are as delightful as they are eerie.

This is definitely designed to be enjoyed in the moment. I love ripping aggression as much as the next pal, but songs can blend together pretty easily here, and repetition is always a hair away from being an issue with this album. Agenda focus on pummeling you, missing the intent focus on groove that I like with this type of music. Still, it’s a ride built on a path of fire, and it’s one worth taking if you need an adrenal kick in the ass, especially if you like bands such as Trap Them (RIP), Ringworm, or even The Crown.

Agenda clearly work through a lot in its short time with Apocalyptic Wasteland Blues. It’s like going to a global-scale rage room, seething and ready to vent. There is a pessimism embedded deep in the smoke and ash that the band leave in their wake, but since when have we as humans not reaped entertainment from suffering? All this album asks is to bask in our inevitable doom for a bit. It can be a warning of things to come if you want it to be, but something tells me the Norwegian punks would rather you pick up something heavy and swingable, and become complicit in your own demise. Whatever your choice, this is music to soundtrack the end of civilization as we know it. Take it all in.