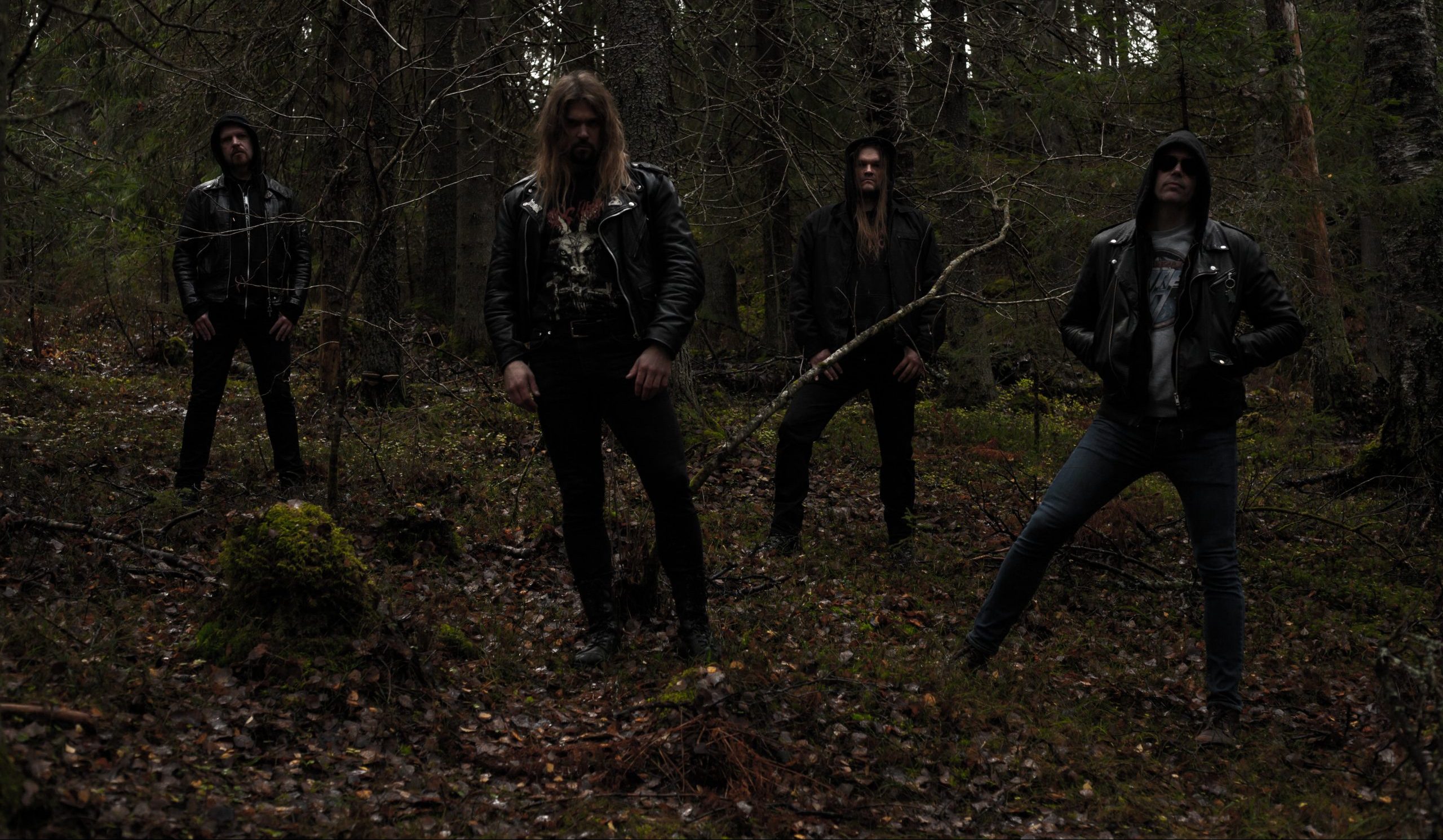 By David RodriguezAugust 24, 2021 No Comments

Hooded Menace are back to put on a death-doom clinic. The Tritonus Bell is some of the most fun you can have with metal this year.

You know why I love deathy doom metal? Because when it’s done right – hewn to a sharpness unattainable by any other genre, balancing catchiness and heft upon its blade – it’s some of the best stuff I ever hear. There’s a lot of good death-doom out there, but it’s rare to come across great stuff. Hooded Menace has been at the top of the death-doom game, sharing the spot with some other esteemed laureates, ever since their last album, 2017’s Ossuarium Silhouettes Unhallowed.

Working backwards through their first few albums yields rougher, tougher entries that really show how the band came to be the lurching, growling machine they are now. Though they’ve usually been more doom-death than death-doom (there’s a difference), The Tritonus Bell is an entry focusing more on the latter. More than ever, there’s an exquisite focus on melody, powerful riffs, and a ripping tone all brought together by savage vocals, like someone took the aux cord at a graveyard and wanted some skeletons to headbang their pearly skulls off.

It’s not all sunshine and rainbows though – actually, none of this is. The Tritonus Bell hides a macabre story in plain sight if you know the root of one of the words in the name. ‘Tritonus’ is a technical name for a tritone, an interval, or the sound of two pitches matching up to your ear. You can read more about it here because, frankly, a lot of the technical stuff is lost on me. You may know it better as the devil’s interval, a sound said to be unnerving, but also strangely alluring. It’s no surprise that the controversy starts in the Middle Ages – when people were reasonable and absolutely not at all motivated by puritanical dominance (though there’s a lot of myth busting one must do to find the truth) – and goes all the way up to current times with the advent of jazz a century ago and, the true modern devil’s music, rock ‘n’ roll and metal.

In the album itself, the tritonus bell adorns the cover – spewing souls from its agape, skeletal maw upon being rung – and summons a legion of death in “Chime Diabolicus”:

Damn, maybe the church was right! The instrumentation is equally sinister, employing tones that help build out the weight of the music while allowing the guitars to remain limber for some faster-paced riffing than Hooded Menace usually produce. Some of the melodies wouldn’t feel out of place on a Candlemass album, others on traditional heavy metal staples of the ’80s. This is the brilliance of The Tritonus Bell – every minute of every song is wholly eventful, whether an ominous intro like the one of “Blood Ornaments” or the cracked-open and downright pretty chorus melody of “Those Who Absorb The Night”.

Even when affairs are more doomed-out, nothing sags or feels empty. Overall, The Tritonus Bell is faster, but never reaches full-on death metal pace, let alone a thrashy gait. Things are surgically controlled, tailored so the writing can shine brightest and everything is as it should be with no instrument being drowned out, a hard enough feat to accomplish in heavy music. Just A-class musicianship and skill that says these Finns are among the best in the business. If you need more convincing, just peep “Scattered Into Dark” which really overtakes you with supreme groove and finesse. Some of the best death-doom I’ve heard in years.

Let’s just forget about genre for a minute. The fact of the matter is The Tritonus Bell is one of the most entertaining albums I’ve heard this year – full stop – and a great change of pace (metaphorically and literally) for Hooded Menace. I already held them in high regard based off the strength of their previous work, so this album making it all pale in comparison is shocking to say the least. Sure, it could be the honeymoon period clouding my judgment, but in the month-plus I’ve been listening to it, this album just hasn’t lost its obsidian, rotted luster. If this is diabolus in musica, then you can find me posted up among the armies of hell, looking cute and ready to fight.