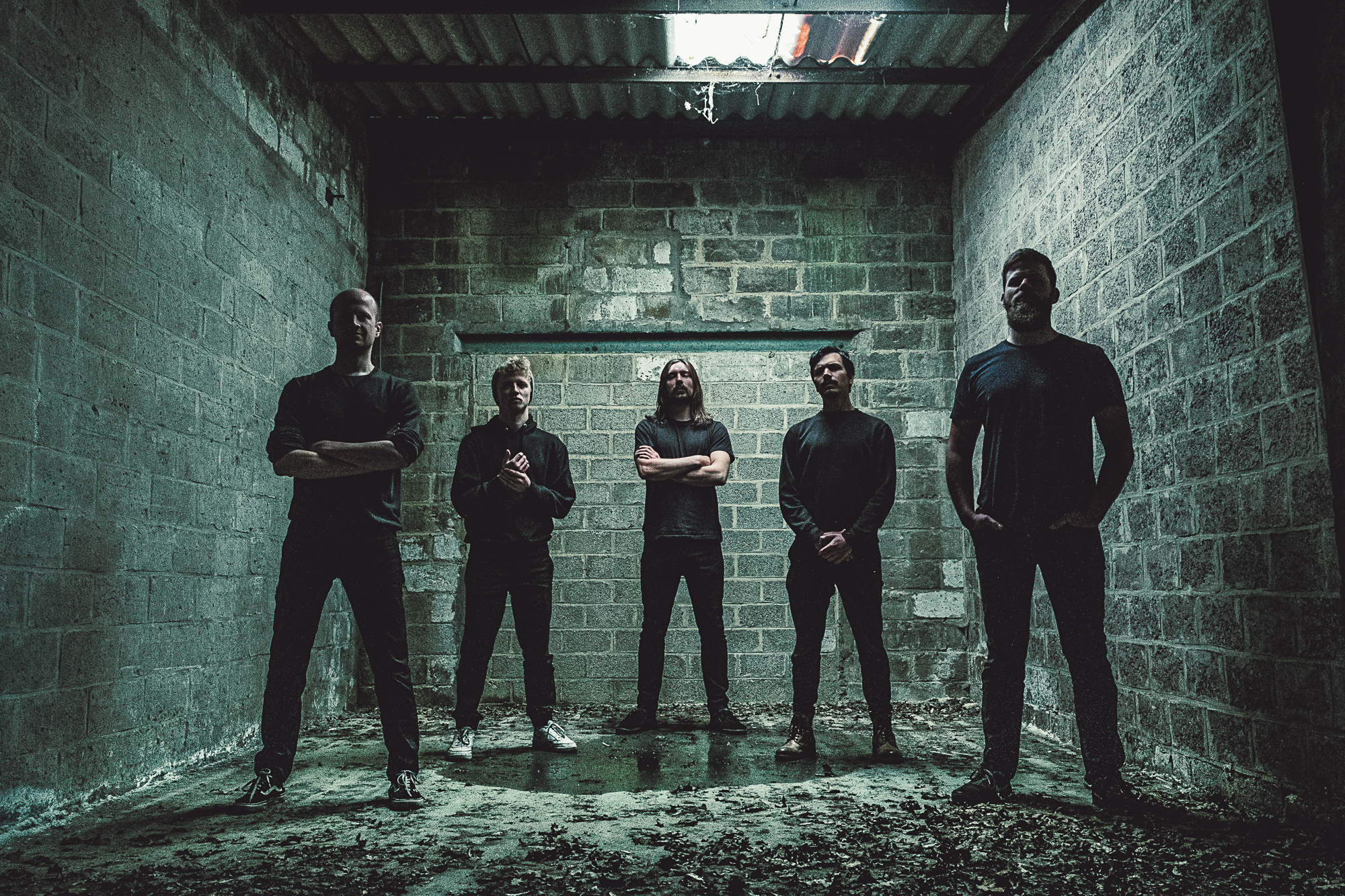 By Robert MiklosOctober 8, 2021 No Comments

Meridian is a legitimate progressive metal adventure. Tune in to Hippotraktor‘s debut full-length for a great time.

I really enjoyed the uprising of djent during the early days of the past decade. The whole current of metal laden with downtuned, palm-muted seven or eight string guitars seemed like it was on to something. Of course, like all good things, it took a hard dive and soon enough, aside from becoming one of the most talked-about things in metal in the past years, it became chock-filled with generic copies of copies. This was disappointing to me as I saw potential with it as a thing, and very few bands really capitalized on it in a meaningful way. I’m always keeping my ears peeled for good stuff in that area — so to speak.

Imagine my joy and surprise when I heard the first single of the new Hippotraktor record. I actually wrote a little premiere here about it, so you can check that out too. Anyway, Meridian is an uncompromising progressive metal record that doesn’t get mired in tropes and has some of that characteristic djent low end running amok. Though, please keep your enthusiasm; this isn’t something I call progressive metal just to fit a type, where anything tends to get called prog these days. No, this is, as stated above, a genuine prog metal adventure.

As you would expect from a band on the Pelagic roster, they’re definitely heavy and I’m here to confirm that. Although, they alternate quite a lot with clean passages. Meridian is highly dynamic in that sense and it transitions very neatly from awesome riff work through heavy, groovy atmospheres and engaging sections driven by a good sense of melody. The songwriting is very compelling and tightly knit, so these transitions are executed with a lot of good taste.

I’d like to compare the sound of the band to other bands, although that wouldn’t do even an increment of justice. You can definitely hear influences from a lot of places and especially some of the more renowned acts in metal, but Hippotraktor clearly found their own voice and are making sure to use it as loudly and as confidently as possible. It’s nice to see that more and more bands are honing their craft with such authenticity, aiming to stand out by being themselves, relishing in the strength of knowing who they are.

Meridian, as you can tell from the descriptions above, takes cues from a lot of places. I’d say it’s a fine organic blend of groove metal, sludge, post metal, and progressive metal, which ultimately shines by utilizing a forward-thinking delivery. You get all the crushing riffs and hypnotic grooves, as well as a strong rhythmic section, good melodies, and, of course, the contrast made by the clean and screamed vocals. The record doesn’t attempt to use contrast as its sole driving point for engagement, but rather relies on creative songwriting to propel ideas to the front of the action. I’m not going to lie, the spot-on performance of the members and the great production also help with all of these things.

I couldn’t even pick a favorite song if someone asked me to. It’s very hard to pick one out, since they’re all so consistent and thoughtfully put together. While they’re all rather similar when compared to each other, ultimately, they each stand out as one of a kind. I’d go with “A Final Animation”, just because it wraps up the entire record aptly — a good album closer counts a lot for me, at least. But really, they’re all absolute bangers.

Meridian is a lot of fun and it falls halfway between easy listening and very complex. It doesn’t take a lot out of you, but it isn’t a breeze either. I can definitely see myself revisiting this a lot from hereon out, as if my already 15-or-so listens weren’t enough. If you like metal in any form, I’d say you’ll be missing out if you don’t check in with Hippotraktor‘s Meridian.