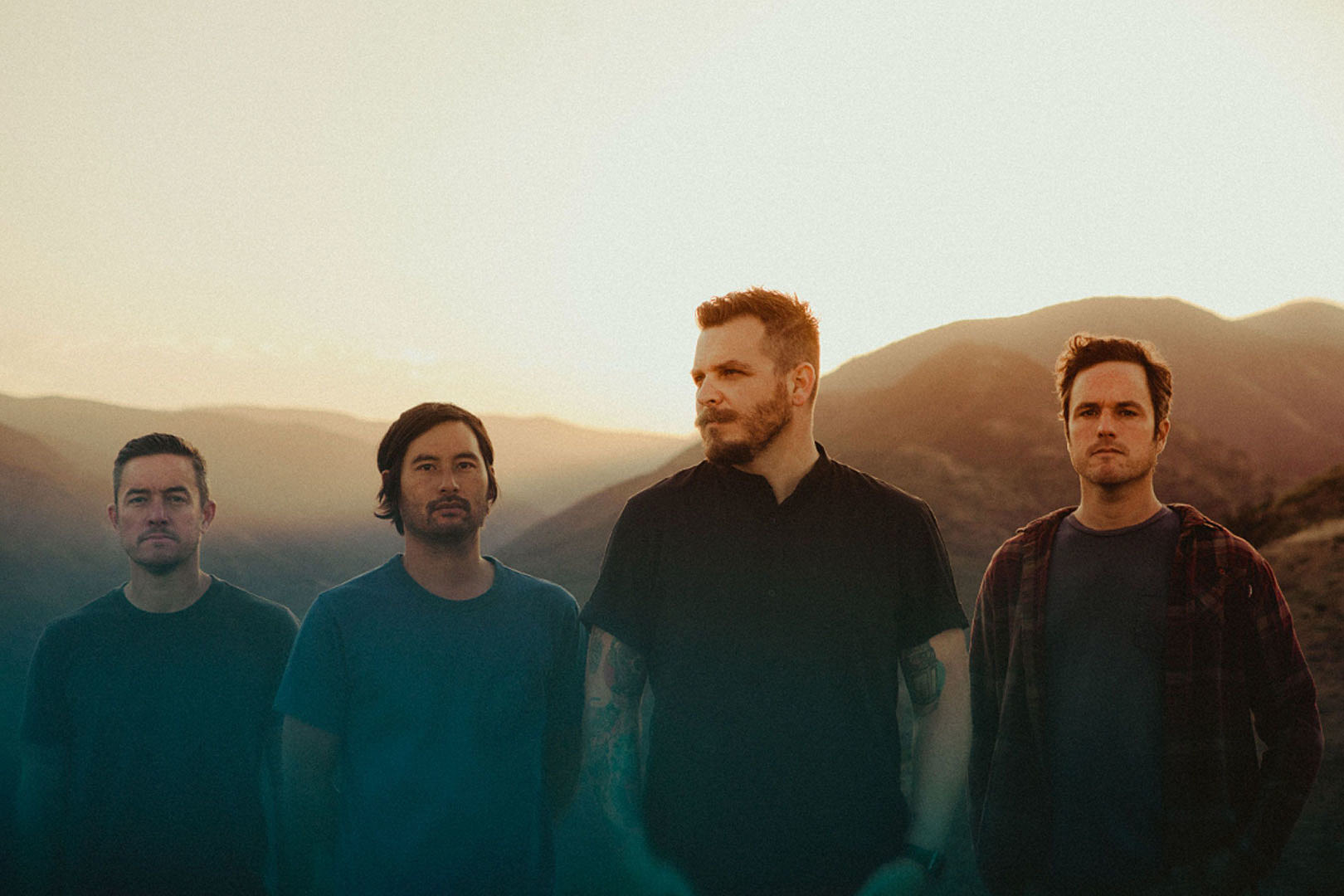 By Carlos Vélez-CancelOctober 7, 2021 No Comments

Horizons / East continues the streak of memorable albums by post-hardcore veterans Thrice, demonstrating once more why they are in a league of their own.

Let’s be honest for a minute here – it is always a mighty good time whenever Thrice drop a new album for our ever-curious ears. Granted, I may not be as knowledgeable about their discography as the die-hard fans, but I’ve enjoyed their stuff for quite a while now, particularly since their The Artist in the Ambulance and Vheissu days. I also have a fond memory of myself jamming the hell out of Beggars back when it was released – the immaculate blend of the gritty post-hardcore sound and the moodier sensibilities commonly etched out in alternative rock on this album still makes me grin menacingly to this day. Hence, I never fail to look forward to new releases from the band, and Horizons / East certainly meets that excitement. In fact, it rekindled my love for Thrice once more. Surely, you will not find a 2021 release that is as concise, tasteful, and poised as this one.

Horizons / East sets out to serve you a platter of triumph and ambition with a dose of healthy cynicism, coupled with raging instruments that simultaneously pummel you incessantly while raising you towards the stars. Of course, this is nothing new for Thrice – one only needs to look back at To Be Everywhere Is to Be Nowhere to clear any doubts. Still, there’s this permeating sense of wonder that brims with heart and will that’s particularly characteristic of this album. Really, give a listen to the opener “The Color of the Sky” or “Dreamer” and tell me it doesn’t get you moving.

Giving it a little bit more thought, heart is what predominantly defines this album. The choruses and hooks, although executed greatly, are not really the reasons that Horizons / East is insanely captivating. The journey delineated here carries each song to a satisfying peak, illustrating an all-too-familiar struggle of seeing what’s beyond our individual Platonic cave and stumbling upon the beauty and the struggles of the outside world. While veterans of tackling similar affairs, Thrice still manage to display them in such a manner that the perspectives introduced are refreshing and genuine rather than rehashed and uninteresting.

Speaking of things being refreshing and genuine, the instrumentation throughout the album is so good. Pardon the simplicity of such an expression, but Horizons / East is really a ‘go ahead and listen to it yourself’ kind of album – even long-time Thrice listeners will get a kick out of it. It’s not even a matter of having perfected their craft; I personally think they already did so. But the fact that their sense of rhythm, melodies, and song structure still hold their own after all these years is exceptional.

Even a song like “Scavengers”, which might be considered by some as a textbook Thrice song with its raw guitar passages, trademark gruff vocals, and soaring choruses, is particularly noticeable due to its sheer power rather than its familiarity with the band’s past efforts. Conversely, songs such as the aforementioned “The Color of the Sky” and “Dandelion Wine” find Thrice on an unexpected but welcoming creative renaissance, so to speak; the sense of urgency on the former and the latter’s attention to atmosphere give direction and balance to the overall listening experience of the album. Additionally, “Summer Set Fire to the Rain” is nothing but an absolute banger. Yes, that’s all I’m going to say about the song, fight me.

While drafting this review, I stumbled upon a YouTube comment on one of their songs that read: ‘Can’t help but feel my musical taste changes have run parallel with the growth and changes of this amazing band‘. This couldn’t be any more accurate and explains so much as to why I tend to return to this band, no matter how much time passes. Thrice excels in transcending their brand of post-hardcore/alternative rock in a way that breathes new life into it while keeping intact their established sound, and Horizons / East continues this very tradition with much success. Have a shot at this album, and you’ll start to become aware of why Thrice is a name that is lauded and respected by the overall music community – they just simply do not miss.