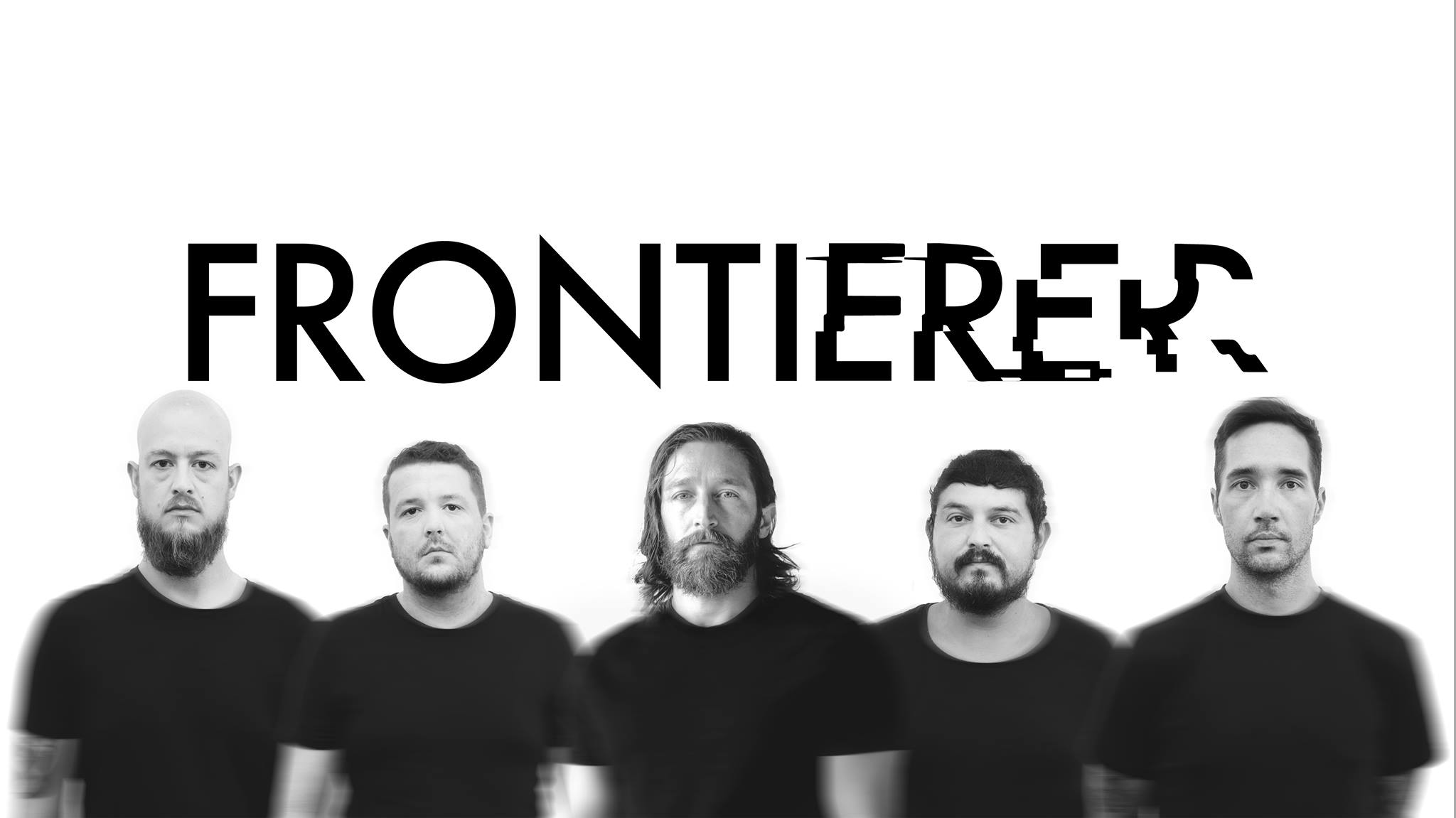 By Rodrigo Torres PinelliOctober 30, 2021 No Comments

Frontierer steamrolls whatever is in range with their replacement to sulfuric acid: their latest album Oxidized.

Are you familiar with the situation where your body tightens up, usually when under stress? Or maybe your arms and jaw all clenched up? That’s how Oxidized channels its relentless brutality through me – in the best of ways, though. It’s pure electrification through wildness. Pure sonic annihilation. No fucks given. Not a single one.

That is how I believe one should approach genres like mathcore. In the background, the relevance of millimetric rhythms is easily perceivable. It is one of the style’s pillars, if not the main one. Yet, although there are tons of rhythmic phrases to catch and many ‘a-ha!‘ moments, in the end, it’s best to just let the music flow, no matter how complex it is. Then, you can let your blood’s temperature rise near boiling point as this almost 50-minute record radiates energy in a nuclear manner.

Frontierer has delivered skull-melting music since 2013, Oxidized being fourth in their catalog. If your taste involves bands among the likes of Meshuggah, Car Bomb, and The Dillinger Escape Plan, nothing can go wrong with this one. In fact, we can trace clear parallelisms in the aforementioned with Frontierer. Correspondingly, these are the complex rhythmic maneuvers, the distinguished noise aesthetic, and the angry, unrelenting vibe. And just so that you do not freak out – it’s not that Car Bomb or TDEP aren’t rhythmically complex, but the Swedish dudes came out first. Don’t miss the point here.

The extraordinary levels of distortion present on Oxidized emanate corrosion and glitchiness. Not only in the usual instruments, guitars, and bass; there’s oversaturation all around. The level of aggression this albums displays cannot be achieved otherwise. My favorite tones on albums like Oxidized are the bitcrushing or downsampling effects. This is something attributable to the Car Bomb fellows. After djent got repetitive and uncreative, this was the last innovative move guitarists pulled off to push the genre further into madness. It consists of generating more distortion on something that’s already heavily distorted. The result, then, is noisy as hell. Check how “Opaque Horizon” kicks off, and you’ll see what I mean.

Let’s keep talking about that one. This song is, to me, the most prominent in terms of how this style is presented. The first half of the song teleports you to the trenches of a digital battleground where bots kill each other with laser guns. Well, that only might occur if your mind does not burn out after all the riffy nastiness. Visual references aside, this tune is as nasty as it gets, and it represents Oxidized in a condensed way. The other half of the song develops towards openness in harmony, which is unusual even for the rest of the album. As the singer blasts his verses, a clean vocal arrangement stands above the irregularity, rendering this moment a beautiful counterpoint between erratic and soft.

On “SVVANS”, the Scots display their electronic palette, highlighting the elements they blend on the heavy tracks. As I mentioned before, distortion predominates even on tracks like this, creating a static-based scenery. “SVVANS” keeps up that norm as well as the intensity, even though it’s a song that’s probably meant more as an interlude. This suggests to me that the static and distortion sounds may be meant to be received as not only a dynamical aspect of the music but a spatial one, too, pretty much like we treat reverb and delay effects. They provide a specific character that appeals to certain emotive fibers. This might be similar, but these are other fibers for sure. As for the spatial meaning, the textures we distinguish here do not match up with ethereality; instead, it appeals to me as acidity, corrosiveness.

One last song I’d like to put the spotlight on would be “Removal of the Copper Iris and the Lightning Pill”. If you make it this far on the record, you’re probably devoted to this band already. Syncopating rhythms make headbanging a barely achievable task as riffs stop and go before you can tell. It might be Oxidized most brutal song, although it is unmerciful from start to end. The slowed-down breakdown gives the final touch, or should I say kick in the face?

In short, Frontierer‘s grinding identity is unchanged in Oxidized. This record screeches at you constantly for the better part of an hour, and that obviously has different consequences when considering who’s on the other side. For newcomers like yours truly, this discovery expands my understanding in the sense that constant focus on intensity works as hypnosis. Then again, a record like this can help you override an unenergetic moment, ironically, as it will get you pumped as hell.

However, I would also understand if someone argued that Frontierer music lacks depth. The band does not bother much in establishing melodies, vocal or instrumental. Fantano said this might be because the band escapes this through sheer oppressiveness; I just think that it’s not part of the concept. There’s no room for it right now. If you’d like that, then look otherwise. This still kicks ass.