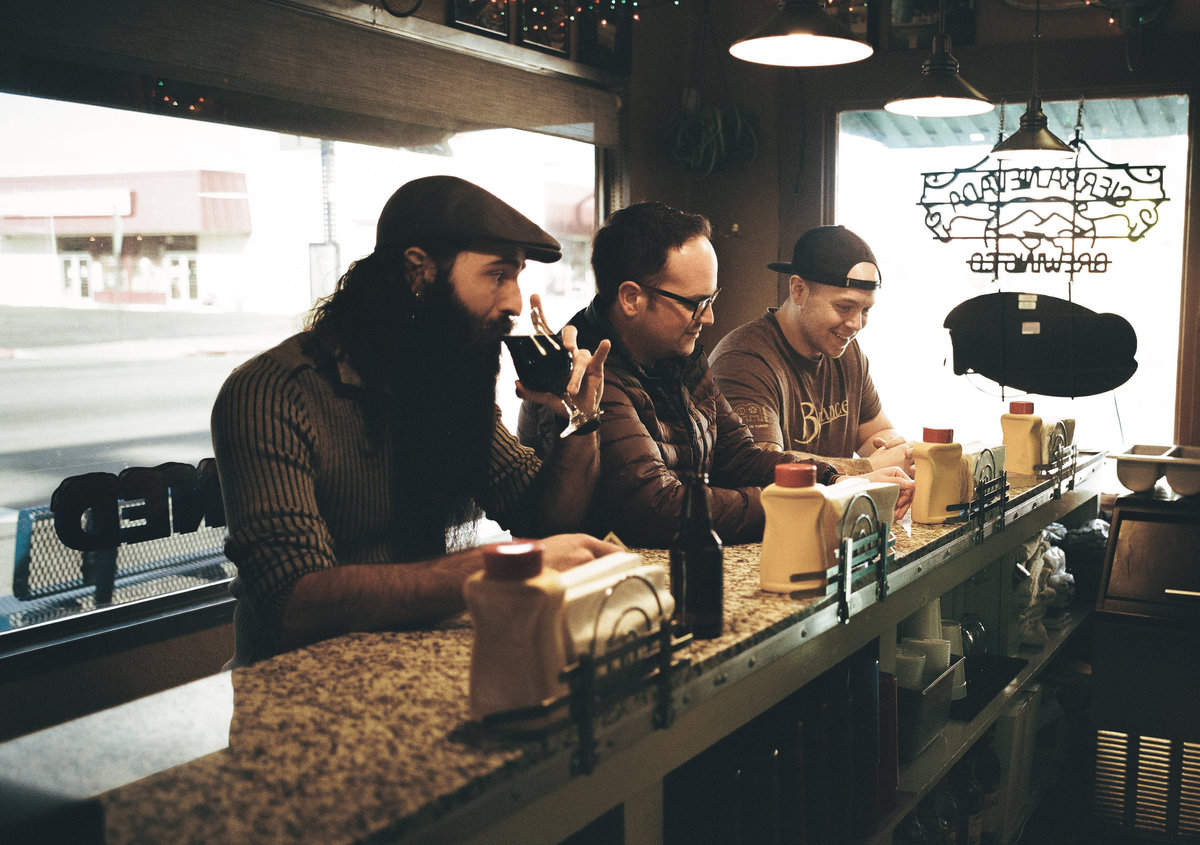 By Jake WaltersNovember 9, 2018 No Comments

Four Stroke Baron manage to mix familiar styles in a completely original package with Planet Silver Screen. There’s nothing else like it.

Listening to music as often as I do, for the purpose of this site and my own edification, can seem like an attempt to hoard musical experiences. The bad experiences get lobbed out the window, but the good ones are usually sorted into two piles: apt execution of an established formula or something the likes of which I haven’t heard before. From there, I have to decide if this originality has merit, or is just a collection of new ideas thrown at the wall, hoping they’ll stick. Four Stroke Baron falls firmly into the original category with their mix of new wave, progressive metal, with a hint of early 90s aesthetic. Their second LP, Planet Silver Screen, is flashbang of new ideas and unique approaches that set them apart from pretty much anything that I have heard. Whether or not the ideas thrown into this melting pot have merit is what I had to coax out over multiple listens.

When it comes to describing the Four Stroke Baron sound, I have had issues arriving at a description that I feel is accurate. I’m not the only one. Just look through the comments under their YouTube videos and you’ll see quip after quip trying to articulate what they sound like, and many are drastically different. Mastodon, Devin Townsend, Tears For Fears, Sybreed, and more are all invoked when discussing their style. This is further proof that this band is doing something wholly original. What I’m happy to say though is that this originality isn’t merely unheard tones and phrases; this is good music. Just don’t ask me who they sound like or what genre they are.

The title track “Planet Silver Screen” begins with big guitars, blast beats, and atmospheric vocals. Even though I have no doubt described this before in other reviews, this sounds much different than when I typed this the last time. The song itself is full of big catchy hooks with a distinct vibe that wonderfully unites all of the influences present on the song. I’ll also say that the accompanying video is one of my favorite of the year. In terms of atmosphere and how the album feels, it’s quite bright and shiny. If you tend to like the heavier music, but have a hard time sharing it with your friends, this could an album that you could put on at a party or when going for a drive that would keep the mood up for everyone.

As the tracklist makes its way through the nine total songs, Four Stroke Baron keep the formula intact, add variety through song structure. The vocals tend to sit in the same pocket throughout and, to be honest, they were a bit of a grower for me. At first, I was slightly put off, but after a bit, I began to almost crave hearing them. As with most of the music on the Planet Silver Screen, there’s a familiarity to it that is enticing, but the closer you get to it, the realization sets in that this is a new experience. This is an incredibly strong point for the band and they do a great job of capitalizing on it throughout. On “Cyborg Pt II The City” we even get a bit of a breakdown. “Duplex” slows things down considerably adds a much-needed breather while “Video Maniacs” which features Jørgen Munkeby of Shining on saxophone creates the expected match made in heaven.

On their Bandcamp page, their bio states ‘Four Stroke Baron is a band that over 7 billion people don’t know about’. While the self-deprecation is commendable for not taking themselves too seriously, it also seems to be a bit of a mission statement. As in ‘there are plenty of people to share this band with’. I’m taking that approach and telling you that Planet Silver Screen is worth your time. I still don’t know how to properly describe them, and after many listens through I’ve decided that’s a good thing. You’ll have to listen to come up with your own points of relation. In the end, this record is a breath of genuinely fresh air that manages to mix genres to great effect. It deserves a spot on your shelf or your playlist.