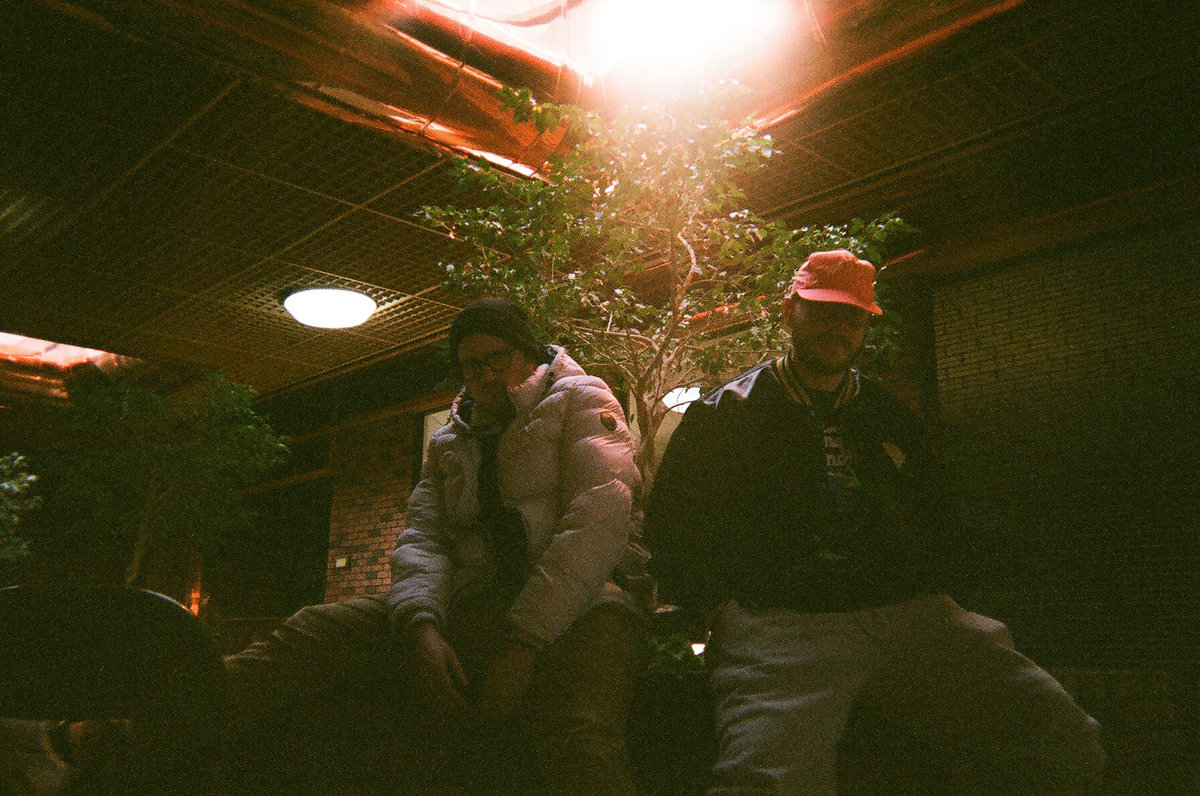 By JP PallaisNovember 3, 2021 No Comments

If you have an insane craving for mid ’80s pop rock mixed with modern industrial prog metal, you just won the lottery with Classics.

It turns out that Robert and I really enjoy doing these conversational reviews and I hope you are too! Today, our album of interest is Four Stroke Baron‘s sophomore effort, Classics, which is released via Prosthetic Records. Four Stroke Baron make some guilty pleasure worthy songs with plenty of twists and turns throughout, always keeping you on your toes in anticipation. So join us as we explore the intricacies of Classics!

Jean Pierre: I hope you’re having a spooky Halloween if you celebrate that where you live…

Robert: Call me a party pooper but I’m not a big holiday person in general. And unfortunately for me, Halloween has become more of a thing here over the past 5-7 years so lucky me.

JP: Alrighty then, sorry to bring this up and depress you even more… Let’s change the subject, how about that Four Stroke Baron, eh?

R: I actually forgot that Four Stroke Baron existed until I saw that there’s a new album. I liked their previous one and I was quite curious what this one has to offer. I was swept off my feet in several ways as soon as I entered the realm of this record.

It’s unlike anything the band made thus far, nor is it like anything I’ve heard in the metal sphere of things. I’m tempted to say that it’s some kind of dark, twisted amalgamation between Transcendence era Devin Townsend and mid ’80s era Tears for Fears. A highly unlikely combination if you look at it on paper, but just as well in practice.

The Townsend comparison is also warranted by the fact that Townsend himself produced the record (which is a huge surprise in and of itself), not only by some of the sonic similarities. It also makes me think that he may have had some kind of influence in how the music turned out behind the scenes.

JP: Myself, I’ve only been somewhat aware of Four Stroke Baron’s existence. I don’t recall listening to any of their music beforehand, I just knew that they existed. In my mind, they’re one of those quirky prog bands that I never ended up getting around to, like Toehider for example. This means that Classics is my official introduction to this group.

It’s funny you mention the similarities here to Devy’s work and that he produced this record because there were many moments in which I thought sounded like it came off Transcendence or Empath; this was before I even know that he was involved in this record to begin with. “Radium” and “Rolling Gloom1999” for example have those lingering electronics that honestly made me think that these were heavily influenced by those two Devy records. The similarities are uncanny.

R: I actually only found out about Devy’s involvement in the record after listening to it a couple of times, all while trying to remember what Tears for Fears were called hahaha.

Although the latter comparison to Tears for Fears, I’d make mostly via the timbre of the vocalist. The similarity is surreal. One of the other reasons for the Tears for Fears comparison were some of the catchy parts like the chorus from “Prostitute Part II: Pretty Woman (Makes Money)” and that ultra-catchy and groovy vocal hook from “Rolling Gloom1999”. I don’t think it’s farfetched to assume that the band nods in the direction of TFF. Meanwhile, I think the most glaring Devy parallel can be seen through the course of “13 Steps to Stockton”. That one I feel is pretty self-explanatory. If you’re even marginally acquainted with Devy’s massive backlog of records, you’ll immediately hear it.

JP: Regarding the Tears for Fears comparison, I can totally see that. I too couldn’t think of what FSB’s vocalist reminded me of for the longest time and this is the ultimate answer to that question. At first to me, the super echoey, airy nature of these vocals reminded me of Peter Steele from Type O Negative (although the timbre is much, much lower on Peter) and also Asger Mygind from VOLA somewhat. You could also say that Voyager sound very much alike as well, a synth-pop prog metal group from Australia. But now that you mention Tears for Fears, this makes so much more sense in terms of that ethereal, airy vibe that they’re going for to try and blend this ’80s synth-pop with modern day prog.

R: It’s an interesting blend for sure. I honestly wouldn’t have expected it to sound so good. If you tried pitching this to me to check it out, there’s literally no possible phrasing that could sell me on it. So, similarly, I don’t expect ‘our pitch’ to have people flocking to the record, but maybe a little more so than in my case hahaha.

It’s a prog record for sure, I want to highlight that particularly, as it didn’t feel like it to me on my first listen. There’s definitely lots of details nestled over the course of the album, which will need a few listens to uncover. This is mostly due to the fact that – I think – the listener’s focus will be stolen by the ethereal vocals, their oddly off kilter pacing in relation to the other layers, and the sometimes chaotic and/or bombastic segments that arise in the songs.

JP: For sure, the vocals do feel a bit overwhelming at first and do mask the rest of the little nuances hidden throughout the album. Not only that, but the unorthodox vocal phrasings didn’t particularly sit well with me at first, but I am just now starting to warm up to the vocals as a whole. At least there are plenty of moments in which the vocals take a back seat, allowing the rest of the band to shine. When the instrumentalists get their moment, boy, they really pop off. The outros to “Rolling Gloom1999” and “G.O!” are awesome as the drummer for example becomes absolutely unhinged and you can hear it in the ridiculous cymbal-work. I love moments like these, and Classics has no shortage of them.

R: Indeed, I agree with that, there’s plenty of meat to dig into with the instrumental side. What I’d note is that the record can feel a little disjointed though. What I mean is more that the songs, while cohesive by themselves, don’t follow any flow or some form of direction. You could easily swap their order and I bet none of us would be the wiser if asked what is their correct order. There’s some quality missing there which can give it a legit album feel. Sure, they’re all bound by their stylistic resemblances, but that’s about it.

JP: Now that you mention it, it really does feel that way in terms of not always being very cohesive. Classics feels more like a collection of a bunch of random songs rather than a full album experience but not every artist is going for that nowadays. To me, a good bit of this album feels to be overly quirky and that doesn’t always sit well with me, “Prostitute Part II: Pretty Woman (Makes Money)” is a perfect example of this, even just the title of the track alone tells you that. I don’t mind when bands get a little quirky from time to time, but to fully embody this bombastic, wacky style is just too much for me; Four Stroke Baron skates on the line of having the right amount of eccentricity and having too much.

R: I mean, I don’t mind eccentric or quirky, or what have you. But I feel like it isn’t tastefully enough embodied. Take Closure in Moscow‘s Pink Lemonade and dare tell me that isn’t hella quirky, because it sure as hell is from top to bottom, topped off with tons of theatrics – but – it’s very tastefully put together. Although, this is more to make a point rather than a legit comparison since CiM‘s record is simply in an entirely different area of things altogether.

I’d say that FSB just made a gamble with all these stylistic choices and I doubt they’re taking themselves too seriously (if at all) with this record. It has some of that characteristic tongue in cheek attitude we’re used to seeing with Devy on some of his records. I guess that also made its way here alongside the rest of the influences.

I’m not sure how well the gamble paid off as I have no idea what other choices were considered as the next album nor what the band aimed to do ultimately. All things considered, I still think it’s a solid album and now I’m even more curious where the band will be going on their following releases.

JP: Yep, words can be hard sometimes and you put it better and much more accurate than I could and tried. The inherent quirkiness here on Classics doesn’t really contribute to anything as a whole on the album as it does on Pink Lemonade. It is just kind of there and that’s that, no context or anything. But given how solid and fun the rest of the music is anyways, it doesn’t bother me too much. Classics is a fun listen through and through that sounds absolutely stellar on the production/mixing side of things.

I am glad I finally got around to checking out Four Stroke Baron. I for sure need to explore their back catalogue as I am enjoying what they’ve done here on Classics. I’d imagine they never really took themselves too seriously on previous works and just doing what they think is fun, and I can totally respect that. It is always great to have that attitude from time to time and not get too absorbed in being serious all the time.

R: That’s fair and having Devy on board definitely further added to the fun factor of things. It’s totally fine to unwind and just get your kicks out of some totally not serious stuff, of course, as long as you don’t pretend that you’re doing anything else.

I’m not usually into this kind of stuff, but Four Stroke Baron really pull it off well, without much to fault over the course of Classics. Would you have anything else to add?