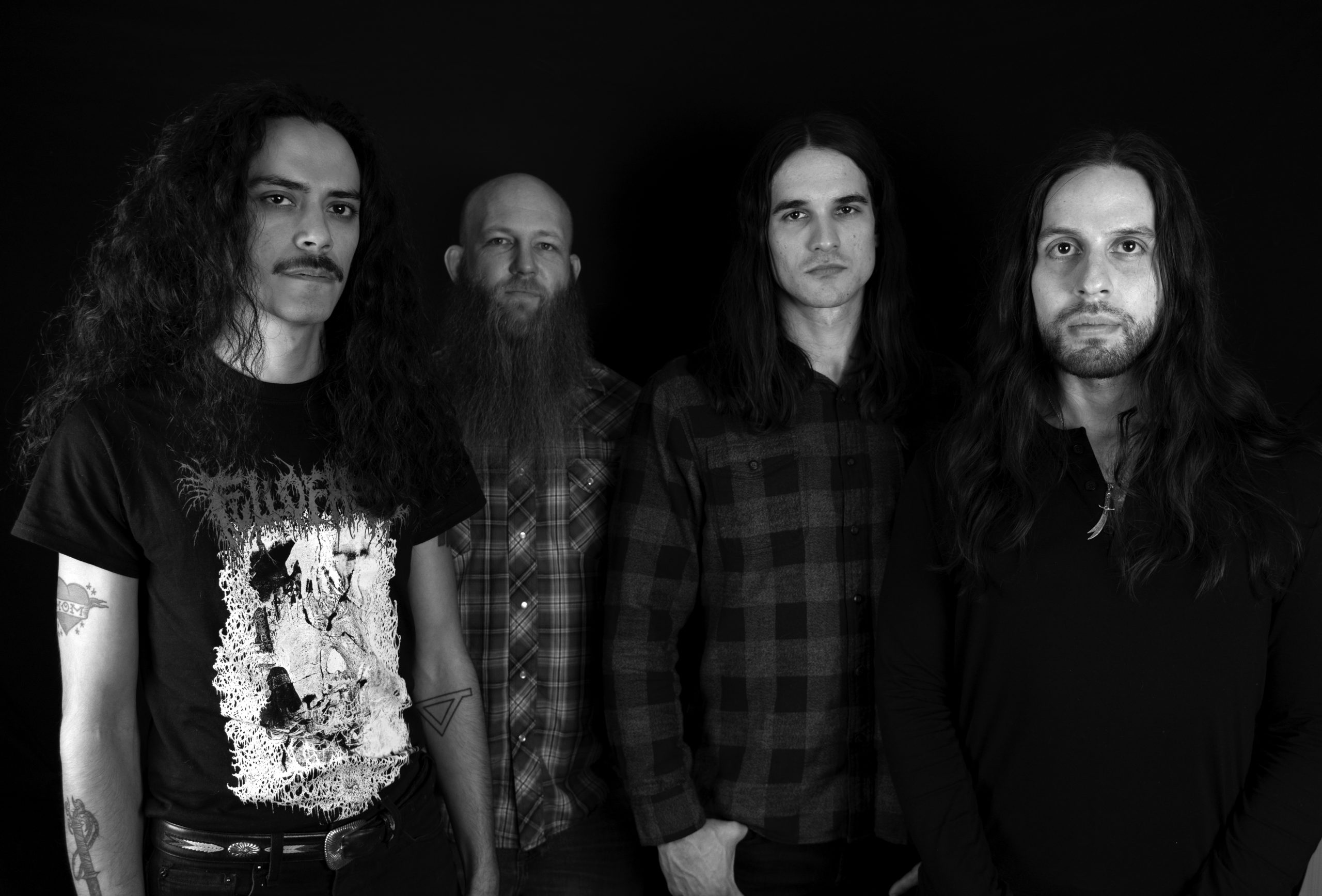 By David RodriguezMay 4, 2020 No Comments

Forming the Void take us on yet another trip through the ether with their blend of doom, sludge, and progressive rock, now with more psychedelia. Pack your bags.

I truly am the happiest when I’m listening to music. It’s such an exploratory process and if you allow yourself to let go to a degree and soak in it, even if you’re doing some other activities while you listen, it’s healing. It’s quite helpful when artists set out to form their music into the shape of a journey, the opening notes acting as the deckhand that pushes your vessel into the open sea, piloted by nothing but your wanderlust and a desire to forget.

Forming the Void are the latest band to do just that for me. They’ve done it before – I reviewed their last effort a while ago, and found it to be similarly built, keenly prepared to take you on an expedition through time and space. Their brand of proggy sludge returns now with Reverie, a follow-up as much as an evolution.

I remember when I first heard the lead single, “Trace the Omen”. I thought ‘wow, this is gonna be huge, bigger than before.‘ More than ever, their sound felt massive and deep, almost off-putting with its atmosphere like being faced with an intimidating open space to venture through. I loved the feather-light melodies in the intro, James Marshall’s voice sounds immense here, everything pointed to a more psychedelic take on their music. ‘Yes, please,’ I said to myself.

Faced with the whole album now, much of that is true. The deluge-like sludge is still rampant in every guitar riff, but Forming the Void wouldn’t be themselves without some rapt endeavors into space. After all, the sludge may be the heaviest part of their music, but it’s only a single ingredient in the mixture that doesn’t feel very anchored or grounded overall. Them turning up their psyche side a bit just did wonders for Reverie.

While “Trace the Omen” is an apt example, “Manifest” is perhaps more clear. It also shows a bit of a lean toward desert rock. You know how you feel the grit in the air when a good desert/stoner song is playing? That’s felt here – coupled with the slow riffs and deliberate drums, it’s uncanny. You can practically see yourself on some alien sandsurfing apparatus, carving lines in burning dunes to find something, anything, to make your journey fruitful.

“Onward Through the Haze” has some mystery to it. Sustained guitar notes hang in the air like a thick smoke – what’s beyond it? Only one way to find out. The track has some real drive to it, making good on that ‘onward’ in the title. “The Ending Cometh” to me is the most doom moment on this whole album. It really plods along, as if you played any other track here at half-speed. A fierce sense of calculation radiates off the song, the buzz in the guitars sounds even crispier here, and everything feels right as Reverie lifts its dream-like spell on you… or you can loop it to do it all over again. I recommend the latter.

This is a short album too – just over 30 minutes doesn’t leave much room for error, so it’s a good thing there isn’t much to speak of on that front. Maybe some people will find the formula a little too repetitive (some structures and riffs are quite similar), but it’s in this repetition that you find the reason why it’s good. Little changes liven everything up, but a dependence on doing what works likens Reverie to a great massage. The album works the kinks out of your system and takes you places you don’t otherwise go to often. Don’t fight it – your ticket’s purchased, just pack lightly and embrace a stunning cosmic ride.