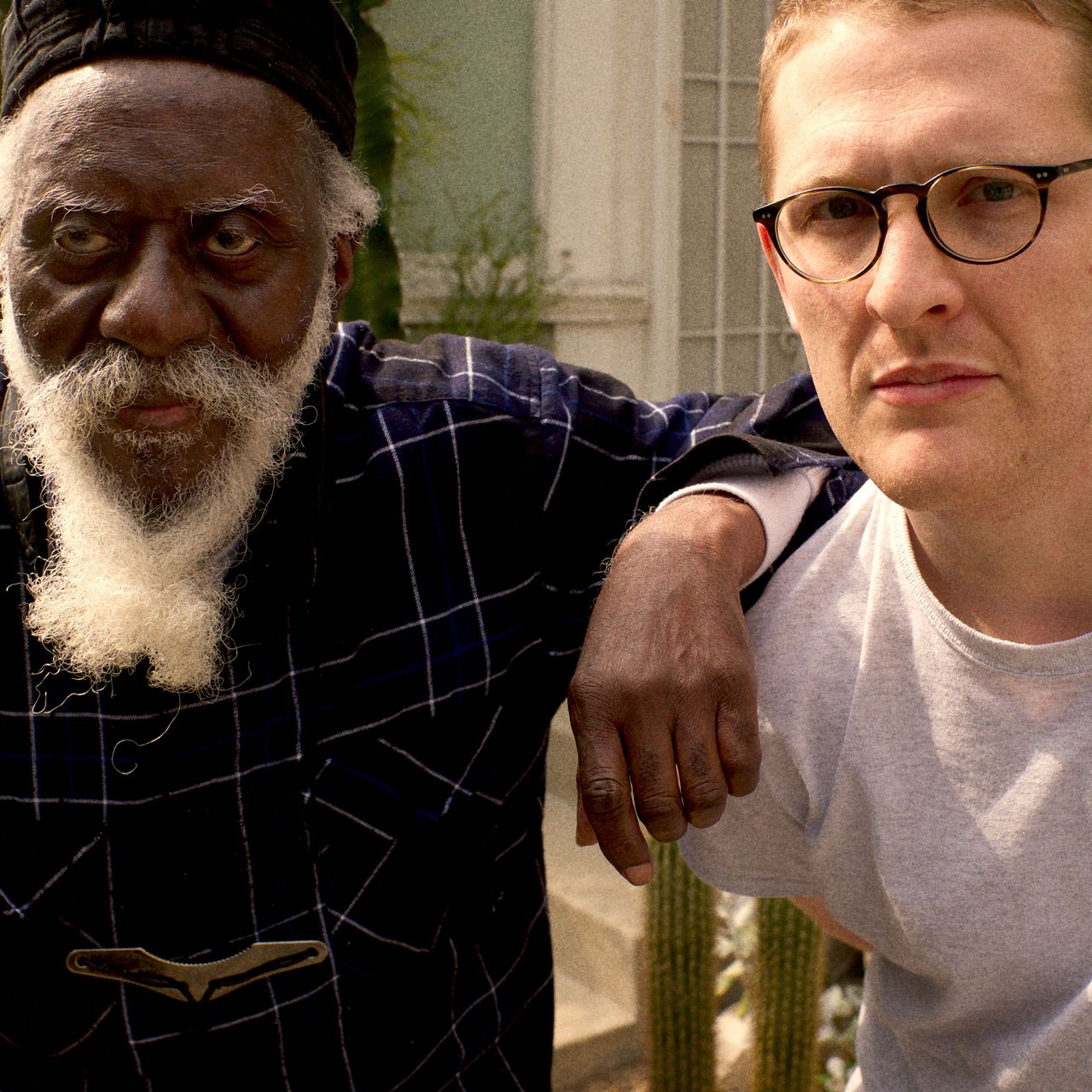 Promises delivers on the unspoken promise that it is amazing. We’re looking at one of the top album of the year contenders. That concludes my pitch.

First of all, I’m going to be real — I’ve never once heard of Floating Points or Pharoah Sanders until like about two months ago. In my defense, there’s a virtually unfathomable amount of tunes pouring from the musical cornucopia. Of course, in the little time I had since then up to now, I couldn’t properly play catch-up with neither of the two artists — in order to provide a more detailed account of the album at hand, as I’d like. To summarize on that end, Floating Points is one of the more ingenious creators of electronic music in recent years, who doesn’t shy away from defying stylistic boundaries and conventions. Pharoah Sanders is basically a jazz saxophone legend whose career spans roughly six decades and counting, and the London Symphony Orchestra doesn’t really need any kind of introduction.

When I heard that a couple of artists are collaborating with the LSO, I immediately knew something was up. As soon as I passed the first parts of Promises, I was instantly aware of the magnitude, range, and the kind of album I’m dealing with. It’s one of those ‘I-have-absolutely-no-idea-where-to-begin’ type of albums. After my first listen, jaw hinging lazily, grazing the floor, eyes idle and wide like saucers, I needed some time to process this experience. This isn’t some wild, dense, over-the-top, and mind-boggling thing though. It’s a record that impresses and delights through finesse, harmonic content, and minimalism.

Normally I would bash something for being so overtly ‘cliché’ in one of its core minimalist components, but this isn’t a cheap Philip Glass rip-off as I was tempted to believe on my first listen. The most obvious thing is the arpeggiated chord which reveals itself usually around every bar. The broken G# major chord which is present across the entire runtime of the record undergoes a lot of subtle changes, even wrapping itself around two octaves on occasion. It is often extended with a seventh and a ninth, sometimes inverted to start with C. For example in “Movement 1” degrees are occasionally added to or omitted from the chord to offer it different flavors. There isn’t an iteration that’s the same as a previous one, basically the only thing that stays the same is the root and the fifth degree of the chord. Coupled with the fact that several instruments will play the chord in unison, makes it something unique.

The entire record would warrant a technical breakdown, tearing through its score note by note, in order to deconstruct its harmonic qualities. Also, sheet music for this would be awesome. However, that’s a task for another time, for someone else, as I merely wanted to emphasize the attention to detail and the compositional prowess going on. Stylistically speaking, the album enters an entirely new musical dimension as it draws from electronic music, ambient/atmospheric cues, spiritual jazz, free jazz, contemporary orchestral music and something that feels like a take on space music/new age music. I’m going to call dibs and name this kind of mélange ‘free space fusion’, so if it ever becomes a thing, you heard it here first!

Promises slides effortlessly across its nearly forty-seven minutes of runtime with a smooth, silky delivery akin to a serene mountain stream. It revels gracefully in its recurrent yet progressively inclined monolithic structure, so I’m quite simply at a loss as to why would it take the extra step to divide itself into movements for the listener. It is clearly meant to act as one whole which should be experienced as such. I would totally understand the division of score into movements for the performers though. This isn’t a flaw, I’m just nitpicking.

Between “Movement 1” and “Movement 4” we are acquainted with the general mood and the base textures we will be encountering throughout. Having set the scene, the action progresses quite naturally across the contents of “Movement 5” — while also inviting some of the symphonic part to say hello. “Movement 6” was the entirety of what I was personally waiting for since the first minute of the music and knowing that I’m going to hear the LSO. The symphonic tinge shifts from being a backdrop to animating the foreground with a lively and sublime delivery. It delivered so much on my expectations that, if you ask me, the album could’ve ended here and I would’ve still considered it a resounding success.

“Movement 9” also capitalizes on a more strongly symphonic feeling in the vein of “Movement 6”, aptly so, complete with a brooding coda for the work at hand. Before that though, “Movement 7” and “Movement 8” capture some of that aforementioned space music flair. Our senses are enthralled with a transcendent experience across Promises, they ride on warm analog tones which hearken to a certain nostalgic bliss, while we’re acquainted with riveting cosmic travel and the rapturous glory of the profoundly thespian moments. Through this album, I see myself gliding from star to star, with none of my telluric thoughts, basking in the immensely vast, inhospitable, and barren, yet scintillating cosmic expanse — with no sense of direction, or meaning — other than the tune itself.

You can’t condense the breadth and scope of such a musical endeavor into a mere few paragraphs. Honestly, you don’t even have to. It’s enough to attest for the qualities of such record and to hope that your word is taken for granted. This album appears as one of those moods that defies explanation and just needs a new word in the dictionary for it. Given the caliber of the musicians present on the album, it is doubtful the album needs any more praise and coverage than it already has up to now — but I really felt that this is one of those records done at masterpiece levels, which will become a classic in time – thus it would kind of stand to reason that the exaltation is ubiquitous.