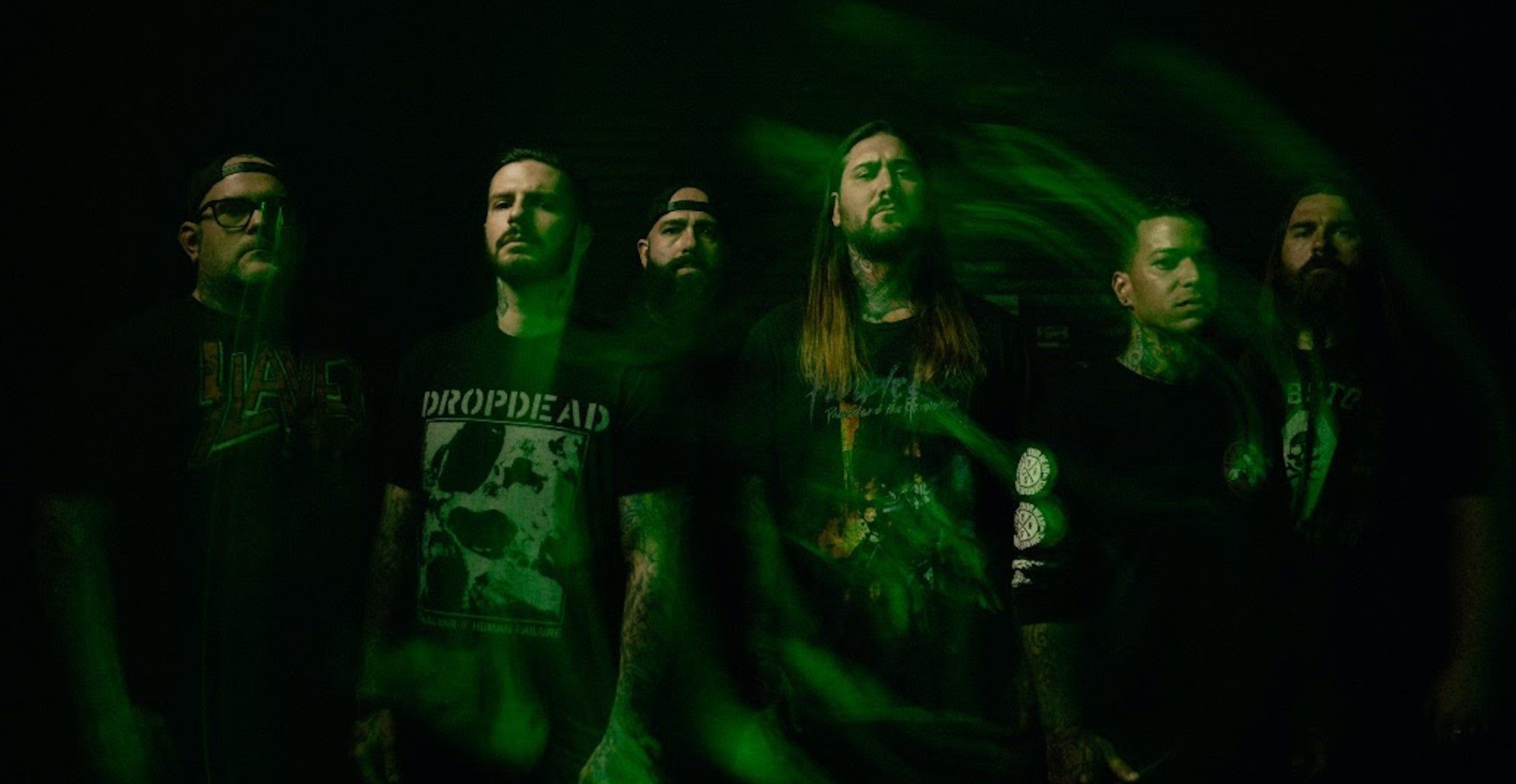 Fit For An Autopsy – “Oh What The Future Holds”

When former US president George W. Bush said he was looking for weapons of mass destruction, I’d like to think that Oh What The Future Holds is exactly what he was referring to.

After spending some sweet time with Fit For An Autopsy’s newest record, Oh What The Future Holds, I can confidently say that one of this will be one of 2022’s most devastating collection of songs. No other deathcore release is going to hit this hard and that is something I will absolutely guarantee you. Hell, I’d argue that very few metal releases will be able to stand toe to toe with FFAA this year. Up until now, this group has been one that continues to improve with each successive release. Just when you think that their music can’t get any filthier, they go ahead and take it a step further anyways.

Honestly, it really couldn’t be any more obvious how pissed off these guys are as their music is testament to that. All the pent-up rage and emotional turmoil, from the last two years especially, has been channeled into this new album in the form of thunderous riffs and breakdowns, along with some of the most vitriolic and painfully poignant lyrics they’ve written to date. As heard in their lyrics from previous releases and also on this new record, there is utter resentment towards the political and societal issues that are sucking the life out of us and our world. We are slowly approaching the point of no return and Fit For An Autopsy are trying to warn us, inspiring us to make the change that we want and need. Seriously, go vote whenever you have the opportunity to do so.

As I hinted at earlier, this group just keep getting heavier. I don’t know how they do it, they just do (probably has to do with Will Putney’s magic, eh). Right off the mark, you’re made fully aware that this album is going to be their heaviest ever with the slow-burning opener that splits the ground open right beneath your feet. With musical similarities to that of Thy Art Is Murder and Gojira, Fit For An Autopsy really should be the face of ‘modern extreme metal’ (especially with how both of those aforementioned bands have fallen from grace). As much as you hear it said over and over again regarding *insert any metal album here* being a perfect balance between heaviness and melody, Oh What The Future Holds truly is the best example of that. The vocal outrage and massive instrumentation provides this album plenty of weight and heft, but even then it is still incredibly ripe with melody and substance.

Oh What The Future Holds features an impressive amount of vocal variation from Joe Badolato that wasn’t as noticeable on previous releases. Tracks like “In Shadows”, “Two Towers”, and “A Higher Level of Hate” are some of the highlight tracks on this album due to said vocal variety. “A Higher Level of Hate” is one of my favorite tracks as it features one of the juiciest riffs they’ve written thus far. The bouncy nature of this riff reminds me of the one from Emmure’s “Solar Flare Homicide”, although with how thick “A Higher Level of Hate” sounds, it makes Emmure sound like child’s play. During this particular song’s verses, Badolato’s vocals follow the bouncy cadence of the instrumentation with extreme precision – somewhat similar to the machine-gun-esque vocals that Archspire are known for. It really makes for an absolutely thrilling listen.

There is so much anger and belligerence in this track that it qualifies this whole album to be a higher level of hate. If you don’t believe me that FFAA are more outraged than ever, “Conditional Healing” will set you in your place. The title track, “Pandora”, and “Conditional Healing” are a few highlight examples of catastrophic breakdowns, notably with the pre-breakdown one-liners that set up that absolute mayhem that follows shortly after. I wouldn’t have disputed it prior to this record, but Oh What The Future Holds makes it damn clear that FFAA are the kings of the one-liners: just refer to lines from the aforementioned tracks respectively that precede some gnarly moments: ‘A god that gives always takes away‘ (“Oh What the Future Holds”) and ‘A world driven by extinction only ends in extinction‘ (“Pandora”).

I’ll omit the pre-breakdown callout in “Conditional Healing” so as to not spoil that intense, fervid surprise. The intensity and raw energy in this track alone was enough to raise my body temperature slightly and leave me sweating. You are not ready to hear this song in particular; I certainly wasn’t.

When it comes to overall song structure, FFAA aren’t rewriting the book by any means. Big picture-wise, these songs are more of the same and pretty standard in scope, but I am perfectly fine with them putting out similar-sounding albums over and over again; there aren’t many bands that I can say that for. One good example of this is Every Time I Die, another group who have been doing their own thing for many years with arguably little variation, but goddamn, do they do it well and knock it out of the park with each album they put out. I won’t lie and say that I don’t want to see FFAA experiment a little more, as I’d certainly welcome that, but I am content with whatever they put out because whatever it is, you can rest assured that it’ll be quite hefty. Oh What The Future Holds is no exception.

We’re starting the new year off strong with some beefy tunes thanks to Fit For An Autopsy. Oh What The Future Holds is easily their most refined yet record to date and sure to be one of the most disgusted musical displays you’ll hear all year. As if most of us weren’t already aware of all the things wrong with the world today, this record is a brutal wake-up call to inspire change and hold those responsible accountable for instilling these flawed systems that only appeal to the 1%. We can only do so much individually, but united we can be a force to be reckoned with.