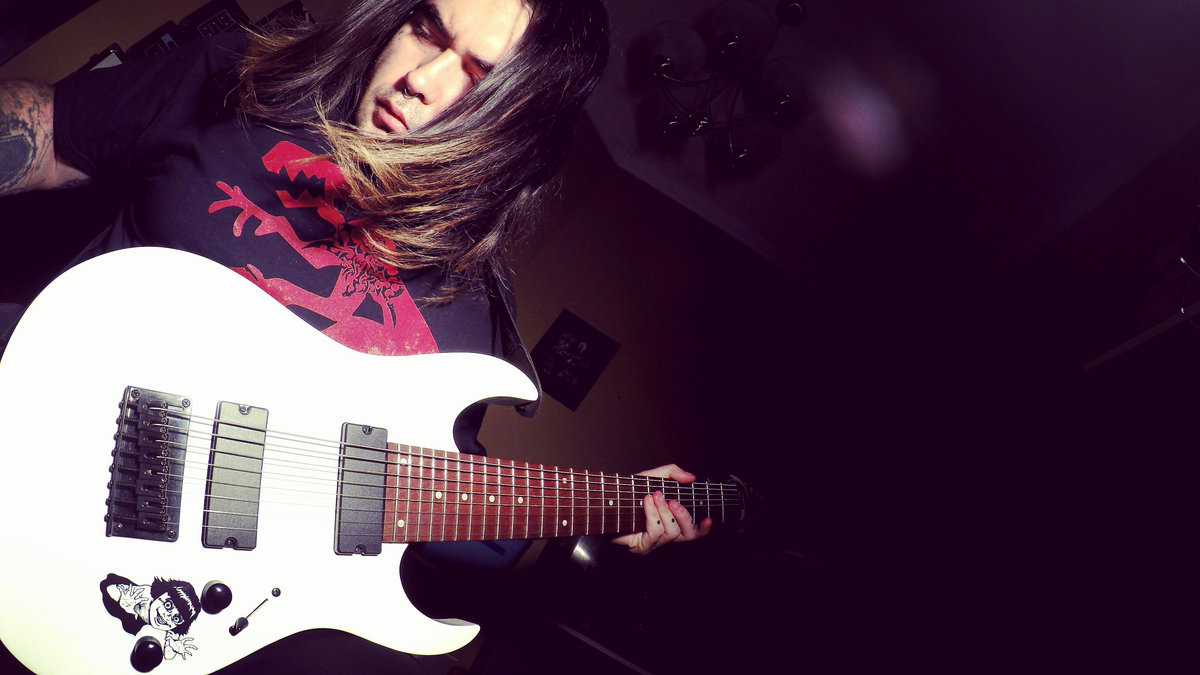 Neon Hiss proves to be an exquisite and flamboyant instructor in sensory overload to keep your eye out on, on their new album SHAME.

Cybergrind is an ambivalent genre definition that tends to elaborate on itself only through the process of listening on a case-by-case basis, and due to its Schrödinger-esque state of existing as both horseshit and magnificent at the same time, you need to know what kind of a pool you’re dipping into before doing so. One constant, however, is that it’s over the top and all over the place at all times. As per my experience, whether the cat’s alive or not really boils down to production value and innovativeness, a notion heavily emphasized with this particular genre. In the current day and age, everyone can moonlight as a musician due to everyone being able to produce more or less anything their souls desire from the comfort of their own homes. As a method it’s a two-edged sword, but yields some interesting results.

The genre has been alive and well for as long as I can remember, though it certainly has undergone a resurgence of sorts during the past two years for the most obvious of reasons. It’s difficult to keep track on everything new and fresh since the supply tends to exceed the demand, though I think that applies to most musical corners regardless of style or definition. I’m not one to keep tabs on anything — or anyone — really, which is most likely the main reason as to why some things fly past me even if there’s a thousand people yelling at me about how I should give something a listen. I’m past the oh-so-prevailing fear of missing out, and my levels of interest aren’t piqued as frequently as they could be. I don’t scour the depths of the internet for things to listen to as much as I used to, but it’s alright. Even so, occasionally something comes along one way or the other, via a background shuffle from a streaming platform or a heavy recommendation, or some other way in similar, quite the random fashion.

The reason for the elongated opening paragraphs is that Neon Hiss checks the major boxes presented in them — an act emerging from the cybergrind scene and me stumbling upon them due to an automatically generated radio-ish playlist on a godforsaken platform. I had seen the name, matched with praising words, float around prior to that, but I only took a closer listen once they came on randomly and I noticed I had to stop whatever I was doing to see what this particular ruckus was. After further scrutiny and repeated listens, it turns out that what I’m listening to is an unrelenting sonic paradox in progress.

Neon Hiss is a one-person project that has, in addition to SHAME, put out a few EPs worth of material with varying, mainly vocal-oriented guests. I spun the earlier releases to get some kind of grasp of the entity, and even though there’s very little room for growth within a year’s time, it seems like Neon Hiss‘ standard is already where it’s supposed to be, so that’ll save up some time in recapping those. The biggest, most obvious differences are that SHAME runs longer, packs more punch, and takes a stride in longevity due to the songs on it being more versatile, albeit more or less cut from the same cloth.

The reason I was drawn to SHAME was its absolutely excruciating production that sounds like a bunch of sentient robots being run through a grinder, with the remaining scraps put through a fine-tooth grate, flavoured with just a touch of something akin to humanity, and blended together with some sort of an appalling, inorganic fluid-like phlegm. The resulting mush constitutes the parameters for SHAME — an album design to lure you in with its ample hooks and keep you equally entertained and disgusted throughout its runtime. It’ll do exactly that, either with force or due to its oddly magnetic nature. Whether the above sounds good or bad is pretty much up to you, and I can guarantee there’s no middle ground when it comes to the album; you’ll either thoroughly enjoy it, or absolutely detest it. Depending on my day, I could belong to either category, albeit most of the time probably to the former ranks.

This ingrained duality is something I find particularly fascinating. Neon Hiss has their own tone on an aural field that gets all the more oversaturated by every passing day, and I could easily see them becoming a staple of that particular leaning in a few years’ time. While I see very little reason to dissect the individual tracks to try to explain why this blink-and-you-miss-it record is a great one, you can take songs like “Lurching”, “Queelag”, or the titular track as the best examples of what the project has to offer. Whether you’re familiar with this kind of noise or not, you have to appreciate the fact that even though the wheel isn’t exactly reinvented here, it’s completely unhinged. At all times. And I fucking love it.

So, the cat. Is it dead or alive? Fuck if I know. All I’m aware of is that Neon Hiss are the radioactive substance in that equation.