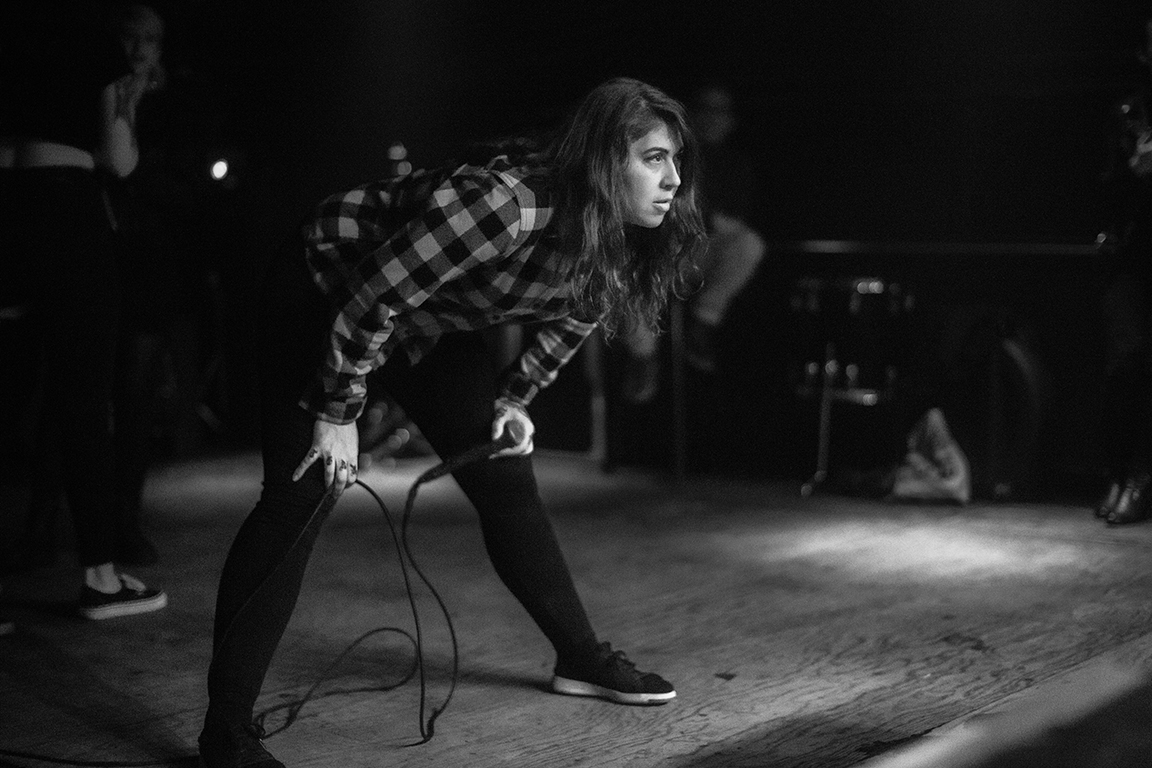 By David RodriguezAugust 26, 2021 No Comments

Filth is Eternal may have changed their name, but the attitude and sound is still the same unrelenting, raucous, hopeless hardcore punk that could stir the dead.

Hailing from Seattle, the quintet resemble the most pissed, punked-out, D-beat hardcore that exists. Energy is high, performances are relentless, and everything has a cathartic tone to it even as the band wallows in life’s muck. Between 12 tracks and less than 20 minutes runtime shared between all of them, their sophomore album – debut under this new name – is a fitting (re)introduction carrying the name Love is a Lie, Filth is Eternal.

Still, not much has changed. The group has the same members since I last talked to them, their sound is as eruptive as ever, though more refined, and everything is as it should be. Singer/screamer Lisa Mungo brings the fucking heat. Her voice is so impassioned and harsh without being grating – just pure, laser-guided rage. Moments like at the end of “The Dog” have her searing your ears with white-hot delivery, belting out the song’s final lines, ‘Come on/Bring me your hell/Drag me through it‘. It’s a chills-inducing refrain that really shows what the band is capable of.

Of course, other members are keen to create vicious backdrops for Mungo to let loose. Guitarist Brian McClelland maps out agile guitar passages that take full advantage of Filth Is Eternal‘s thrashy skeleton without going full-blown metal – honestly, this is great, as it would risk diluting the subtleties found in the guitar work. Which brings me to Rah Davis, whose fingers dance so effortlessly on bass. His bass isn’t just relegated to bolstering the rhythm of songs, it’s a force to be reckoned with on its own, as audible as anything else in the mix and rumbling hard enough to be felt in one’s sternum. Matty Chandler’s drums can find and forge any groove to suit the mood, going from the menacing “Wigsplitter” to the sludge-injected “Filth is Eternal” all in a day’s work.

It’s hard to highlight songs on this album outside of hyper-specific moments like I have up to now, simply because Love is a Lie is such a blur of red and black. Things very rarely relent, and even when they do like on “Wigsplitter” or “Deeper Void”, the overall tone is still blistering thanks to deft instrumentation that never lets the weight off your shoulders. I will say that, like with “Abuse of Registry” from their last album Suffrage, the final song is my favorite. “Filth is Eternal” is a comparatively slow burn that really delves headfirst into some grungy, sludgy overtones, instrumentation sounding almost half-speed, which leaves the center lane wide open for Lisa to do her thing and holy shit, does she. The final two minutes of the track is some of the most intense music I’ve heard this year so far, her voice almost breaking at some points as she curdles out what I’m going to consider the soul of this album: ‘Love is a lie/Time heals nothing/Filth is forever mine‘.

Filth is Eternal just continues to have such a commanding presence with what they do. If you’ve seen their live shows, you’ll know their music is a good complement to those with Lisa jumping in the crowd to writhe with the audience, pulling at her own clothes on stage as if constricted, and generally acting as entropy incarnate to give it all a true performative, unpredictable edge. There’s plenty of energy to go around in hardcore’s annals, and history continues being made today with subversive, inclusive, and daring acts, and you’d be hard-pressed to not find Filth is Eternal among them when the time comes to give it serious thought – might as well get on the bandwagon now, y’all. Love is a Lie, Filth Is Eternal was just about all I expected it to be, the exact forms of which I didn’t fully expect, but appreciate all the same.