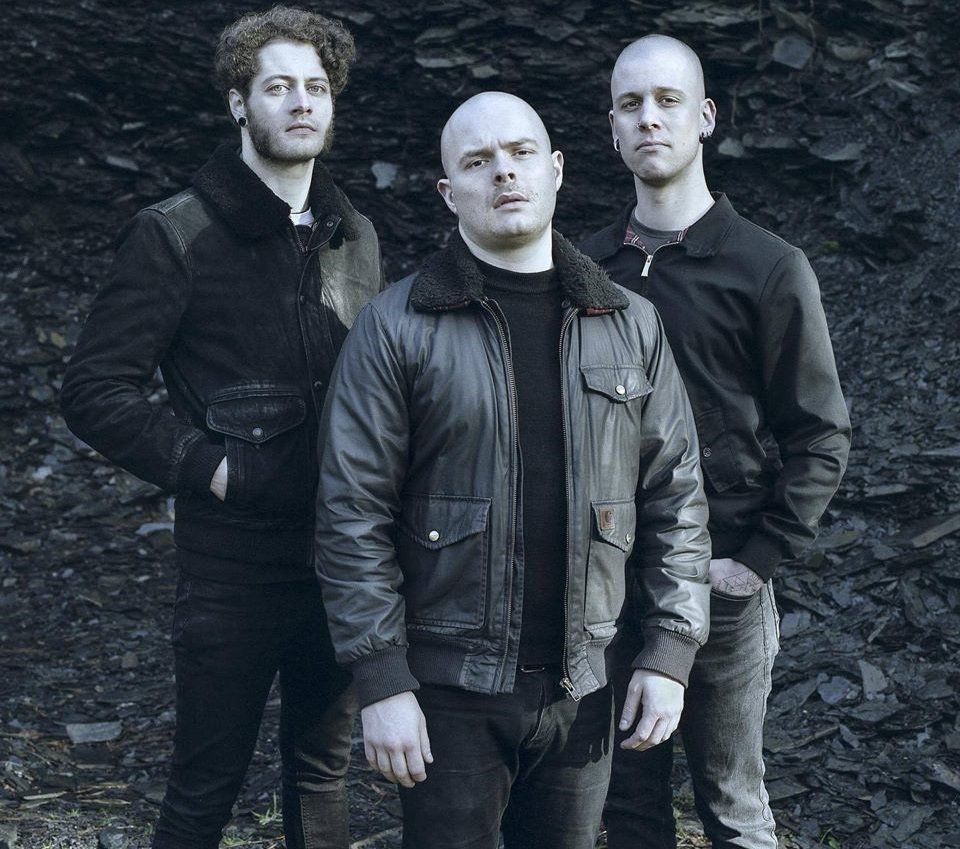 Fange become stronger than ever on their new album Pudeur, taking you with them for an exhilarating journey through harsh soundscapes, ponderous nooks, and sharp corners alike.

How’s it possible that something beyond terms like disgusting and harsh can still be so damn enjoyable and downright fun at the same time? I repeatedly found myself wondering that exact thing whenever I stink-faced my way through Pudeur, the newest album by French industrial sludge trio Fange. And now I’ll do my best to unwind that oxymoronic coil, and dig deep into what makes Pudeur so intriguing and groundbreaking in its own right within the band’s well-established, imposing sonic frames.

Fange have been prolific and indomitably consistent since their formation in 2014, having released an album nearly every year since. While some productive artists tend to grow stale if they reserve no time for breathing in between releases, Fange‘s case is the opposite. This is thanks to the fact that while their produce stays more or less the same, it’s nothing short of an unique and original yield. Even if their noisy concoctions are always mixed from pretty much the same components, any given auditory experience of an album stays extremely durable, and in fact only seems to strengthen with time. Still, none of their previous efforts have managed to create such an exciting and gripping atmosphere right from the start as Pudeur so eloquently does.

As expected, Pudeur opens up with a full barrage: “Soleils Vaincus” sets the scorching tone for the rest of the album forthwith. From the get-go, it’s notable that, albeit still gritty and cloaked in unforgiving fuzz, the album’s production is significantly more articulate and lucid than before, which differentiates the effort from the band’s earlier ones and properly underlines Fange‘s newfound self. Getting fully immersed in their aesthetic might take a while, however, as it is exactly as demanding as it is unapologetic, aurally speaking. But as your ears adjust to the abrasive clamor, you’ll start to identify all the different layers and notice that what lies beneath is far more precisely built and creatively rich than it might sound at first.

Pudeur flows seamlessly from one moment and song to another, but doesn’t turn into a grey mass at any point. Still, it takes some time to be able to properly separate the tracks from each other; granted, the need to return to it and to chop it into proper chunks just acts as an example of its replay value. Quite strangely, Fange also offer some aptly positioned breathers this time, making the album more digestable altogether. While the first tracks pummel away with brute force like a bulldozer meant to fragment mountains, the third track “À Tombeaux Ouverts” rings in with a rhythmic noise, and after a while unveils itself as the mid-paced industrial creeper it is.

As if that didn’t offer enough variety so early on already, we’re then greeted with “Génuflexion”, a nearly eight-minute titan of a track that might be the band’s most ambitious effort yet. The track’s constituted of what seems like distinct movements, starting with a doomy sludge section, advancing into a faster and more violent crust passage, and eventually returning to a wavering and groovy outro, flavored with some sort of flanger/phaser guitar lead that constitutes somewhat of a signature tone persistent from one album to another with its haunting vibe.

The following pair of “Croix De Paille” and “À Blanc” takes us back to the scenery of the first tracks, proceeding with a quicker pulse but amping up the overall atmosphere with some black metal-esque, discordant guitarwork. And speaking of atmosphere, it’s only suitable (and perhaps mandatory) that there’s a second rhythmic, noise-oriented caesura of a track skulking ahead. “Dieux Gémissants” might be from the easier and simpler end in terms of digestibility, but it acts as an important tension-building bridge towards the closing piece “Total Serpent”. Being more or less just a track among others, it carves out the blackened tones more, and despite not having that many unique characteristics for the most part, it ends the album on a very bleak and extreme note that will get stuck in the listener’s head for ages.

Memorability is one of the defining aspects on Pudeur, and one of the reasons as to why I personally feel that this peculiar and highly fascinating group are reaching their artistic culmination point with it. It’s thrilling and pervasive regardless of its rugged looks, and surprisingly enjoyable in spite of its harshness. I think the best way to describe this little bundle of fury is to say that it’s firm, full-figured, and so fucking feisty, elevating Fange to a new standard of their own creation. The negative side to Pudeur‘s excellence is the fact that it overshadows their previous releases pretty substantially, simultaneously mounting up huge expectations for the next ones. But to be fair, those thoughts are irrelevant in this moment. Right now, Pudeur is in focus, in the spotlight, and that’s all that matters.

Prairie – “And the Bird Said: Cut Me Open and Sing Me”

Daniel Romano’s Outfit – “How Ill Thy World Is Ordered”