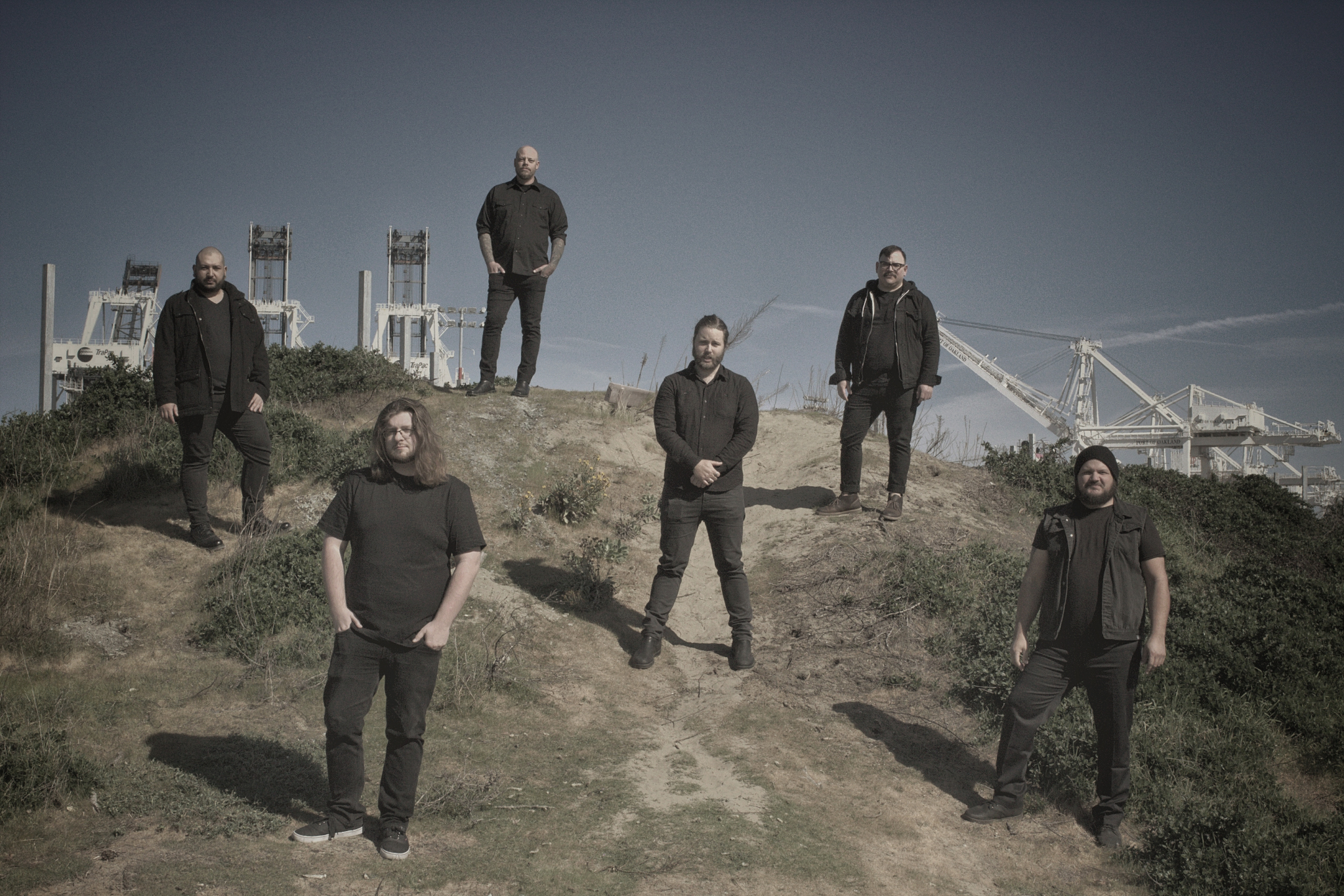 Bloodletting by Mountaineer is the perfect example of a band that progress their songwriting skills with every record.

Writing about a band you’ve been following since the start is both a difficult and easy task. You have certain expectations for what they should sound like, but you also expect growth from record to record. It’s important to take a step back and ask yourself if what you expect and what the music objectively sounds like aren’t too incompatible ideas. With this being said, I have taken on the difficult hike to climb atop this dark-as-obsidian soundscape that is the new Mountaineer record, Bloodletting. Mountaineer, as I first encountered them, were a trio, so now that they have formed a quintet there was bound to be some change. And this change was obvious to me from the get-go.

The intro, “Blood Of The Book”, holds up themes long integrated into the very core of the band for me. Soothing vocals almost as hypnotizing as a siren’s call, pitch-shifted guitars that dance atop somnolent layer of bass and drums, and a generally ethereal ambiance. But there is more – the vocals have multiplied now being a choir in the first half of the track and the instrumentation stirs in its sleep. The second half of the track is heavy, even heavier than some of the heaviest tracks from their previous effort. Bone-crushing bass and screaming midtones fill the entire sonic spectrum your ears can take up. This erratic outburst of violence is calculated and flows smoothly into a distorted, yet significantly more peaceful section of the song.

What the band usually conveyed in two to three tracks is now condensed into a single one. Their affectionate flirtation with oppressing walls of distortion seems more held back and concise. The songs often come across as ballads of sorts.

Tracks like “The Weeds I Have Tended” and “South To Infinity” both majorly consist of distorted and grandiose displays of somewhat shoegaze-inspired post-metal, yet both feel a lot more laid back than other tracks on the record. That’s not to say these songs lack punch, but that Mountaineer has moved into increasingly harder territories the deeper we move into the record.

The title track is probably the most mean and almost occult sounding piece they have ever produced. Tritones ring sharp in the listener’s ears and the chords in the beginning of the track drone on and on, spiraling down endlessly. All the more surprising was the sudden change of pace when the instrumentation takes a step back and progressively turns down the dissonance and distortion towards the end of the track. At this point, a little solo is played by the lead guitar in a bluesy tone.

I found this peculiar at first, but going through the record again, Bloodletting has pronounced blues influences sprinkled throughout the album. This together with the condensed progression and even greater intent on malice in their riffs worried me at first.

I thought that Mountaineer had traded in their beautiful ambient sound to be a more streamlined post-metal band with the same riffs I heard time and time again. I can assure you they’re not. Having listened to the album again and again, I noticed so many details hidden in their walls of sound I fell in love with all over again. Like their progression into stylistic devices like bluesy solos and turning them on their head and making them the calm eye of the storm in their songs instead of the focal point. The band surely did not reinvent themselves, but they matured and progressed into something I don’t necessarily see as the same, but for that I appreciate it so much more. I hope you can all of you who read this can welcome this progression with me.