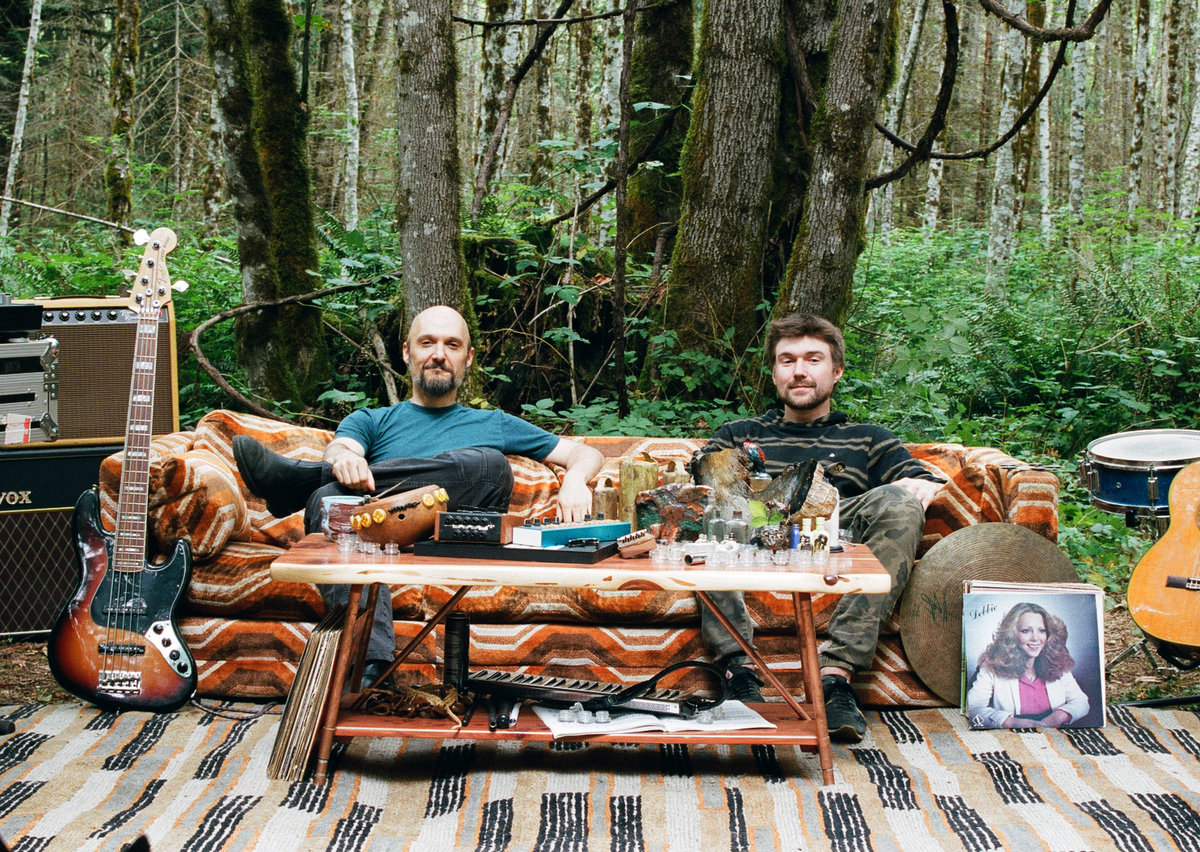 Dab Records Volume One is an essential coffee shop playlist packed full of smooth, intricate, and mellow beats. Showcasing the best of two masters at work, this is a must-listen record for anyone looking to relax.

An opening line befitting this record is hard to come by, as at this moment I am even more besotted with the dulcet beats in Dab Records Volume One than ever before, and none quite fit the bill. Nonetheless, Emancipator & Asher Fulero have really knocked it out of the park, on not only a musical, but also production level with their first joint record together. This stoney lo-fi record is gorgeous from start to finish, seamlessly flowing through 26 tracks. Each song is mixed into the next to provide a non-stop experience, ideal for chill sessions with mates or as a backing track to a work session.

Emancipator is a household name in electronic and IDM circles, his exceptional talent exposed in Safe In the Steep Cliffs and honed ever since, with wonderful follow-up albums and collabs with many prominent artists in the scene. Asher Fulero, whilst maybe not as well known, is an amazing keyboard player and producer, who creates and produces various genres of music such as jazz, funk, cinematic music, and more. Safe to say these are two masters of their art, so it wasn’t really in doubt that the record would play out brilliantly.

The partnership blossomed after Asher Fulero featured on Emancipator‘s 2015 record, Seven Seas. After touring together, they slowly began to build up a library of ideas and music whilst caning through what looks like seriously ample stocks of weed extracts, meticulously whittling the ideas down until they felt Volume One was ready to share with the world. The record as a whole plays like a cinematic score, moving through emotions, levels of energy, and moods using clever songwriting and lots of layers.

It mirrors a classic Amsterdam experience, starting off with lots of energy, as if you’ve just walked into a coffee shop from the busy street and you’ve scored some Gorilla Glue #4 from the budtender. The artists slowly drop the tempo down, introducing more psychotropic layers as the plant hits home and you descend into the deep chill. Bringing back a little more energy at the end as the munchies kick in and your mission for pancakes begins, it leaves you uplifted and wanting more of the same.

You’ll find both artists influencing the music with their signature styles. Emancipator brings elements of trip-hop and, of course, world music, using instruments such as Japanese flutes and sensory bells to really mix up the vibe. Five tracks in the middle of the album, starting at “Royal Oil”, are a perfect showcase of this and certainly a departure from the jazzier and vintage lo-fi at the start of the album.

Fulero plays keys on a high percentage of the tracks, shifting effortlessly between types of keys on each track. He moves through vintage piano to synth-laden keys effortlessly, and his signature is all over the production. I find the sound to be much thicker and, in a way, ominous than on Emancipator records, and when cross-referencing with Asher Fulero‘s solo work, the denser layering of sounds is certainly his influence. Sometimes it is the hidden layers which are the best, though: the bass in “Smelting Pot” captured me on my umpteenth listen, making me focus and appreciate the precise and intricate work of the artists. In “Pineapple”, the subtle bell rings get you moving, despite being very much hidden behind the twinkling keys.

Now, I’m no expert in the lo-fi genre, but I’ve listened to my fair share of Spotify playlists, and for me this is some of the best sound and creativity I’ve seen in the genre. The wide range of styles captured above the smooth drum and bass groove is more varied than many I’ve heard, with these two talents able to bring more than just one trick to the table. Let us hope that the two Oregon artists have more ideas stashed and can bring them to life in these tricky times, because the world could always use a record as relaxing and timeless as Dab Records Volume One.