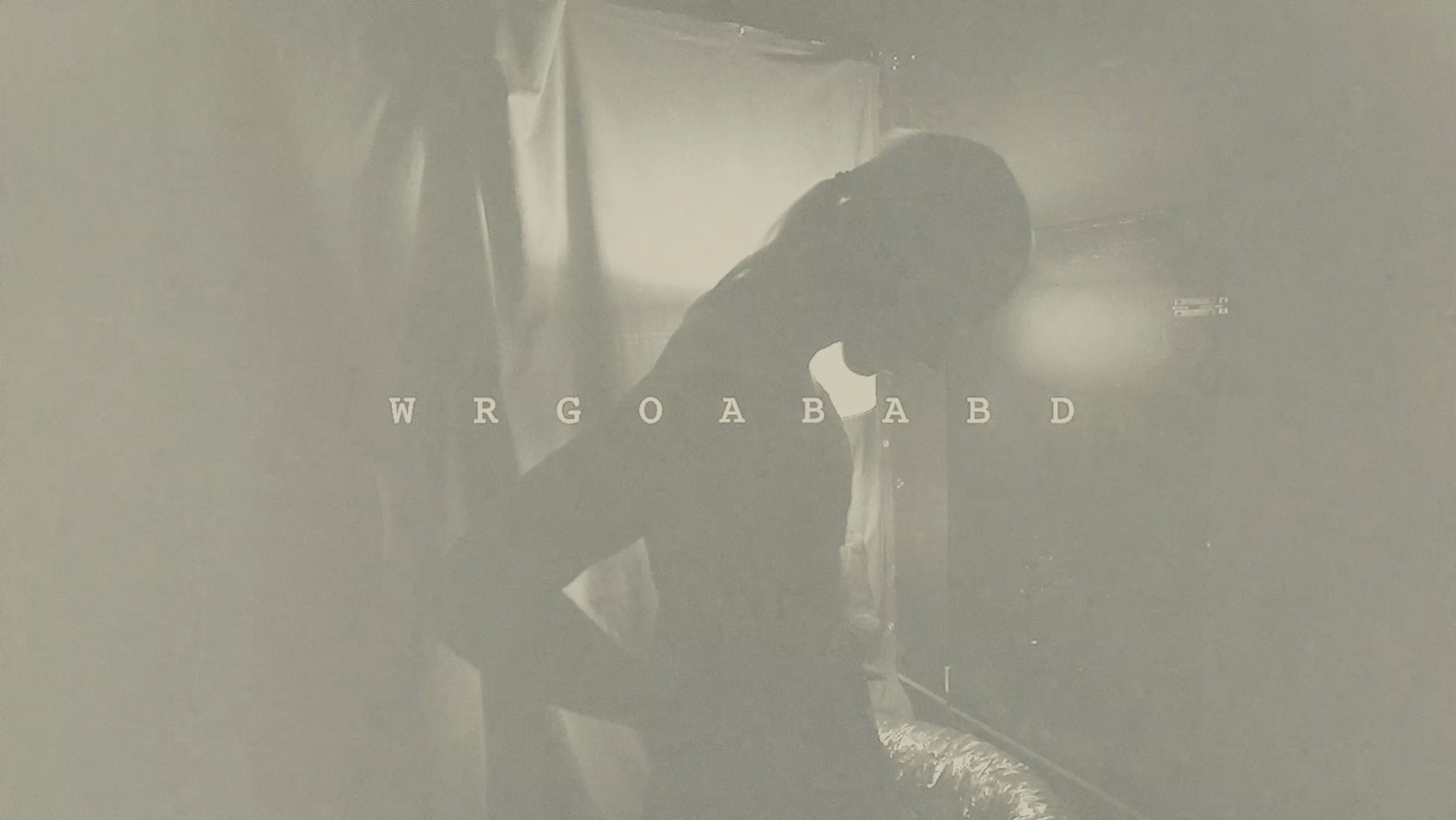 It’s been nearly seven years since HARMONIC CROSS put out their debut album It Is Finished. via Pax Aeternum – an album that proved to be nothing short of a fluent masterclass in ebb and flow, as well as in generally gripping and momentous dark ambient. The record and its oddly named tracks have endured the test of time and stood out for their own benefit for years, and as the trio are undergoing an anticipated revival currently, we’re glad to be able to give that effort one last push in terms of a video premiere for the track “WRGOABABD”, which you can witness below:

The visuals act as a seamless counterpart to HARMONIC CROSS‘ aural leanings, packing a plethora of emotional punch while appearing both beautiful yet overwhelmingly sullen simultaneously. The underlying low frequency rumble topped with echoing, delay-laden melody provide a firm sonic setting for the touching aesthetics. The three-minute black and white video shows us a dancer preparing for and executing a performance taking place on an empty stage, mirroring the idea of the act, just like with most artforms, existing only if there’s someone to perceive it, and only during there and then. Brent Eyestone from the band and the clip’s videographer/director, Nath Milburn of Lil’ Baker Films, offered some elaborative words on the piece, which you can read below, alongside some wonderful stills taken during the shooting:

‘One of my favorite aspects of both creating and releasing instrumental music is whenever a visual artist of any discipline later takes those sounds and physically shows you precisely how they ‘see’ a narrative within it. Nath is a trusted collaborator in our circle after a couple of projects from earlier this year, so it was a pure delight to see what he came up with carte blanche for this particular track.‘ – Brent Eyestone

‘But, say you, surely there is nothing easier than for me to imagine art, for instance, on paper, or a dancer existing on a stage, having nobody by to perceive them. The objects of sense exist only when they are perceived; the dancer therefore on the video… no longer than while there is somebody to perceive them. Most of what I make is me testing a new style or skill to expand myself. If I’m not uncomfortable, I become bored. With this video I was questioning the whole point of making stuff, to begin with, does it benefit me, the actor, the viewer, and is it even worth all the hassle? Then add in the wonderful sounds of HARMONIC CROSS and you forget all about your ego, ambitions, goals, and woes!‘ – Nath Milburn

As mentioned earlier, HARMONIC CROSS are in the process of returning to form, and are nearing completion of their second album. I know I’m thrilled about that, and you should be too. To keep your eye out on them, make sure to monitor all of their activities over at their Facebook page, to ensure you don’t miss a thing.