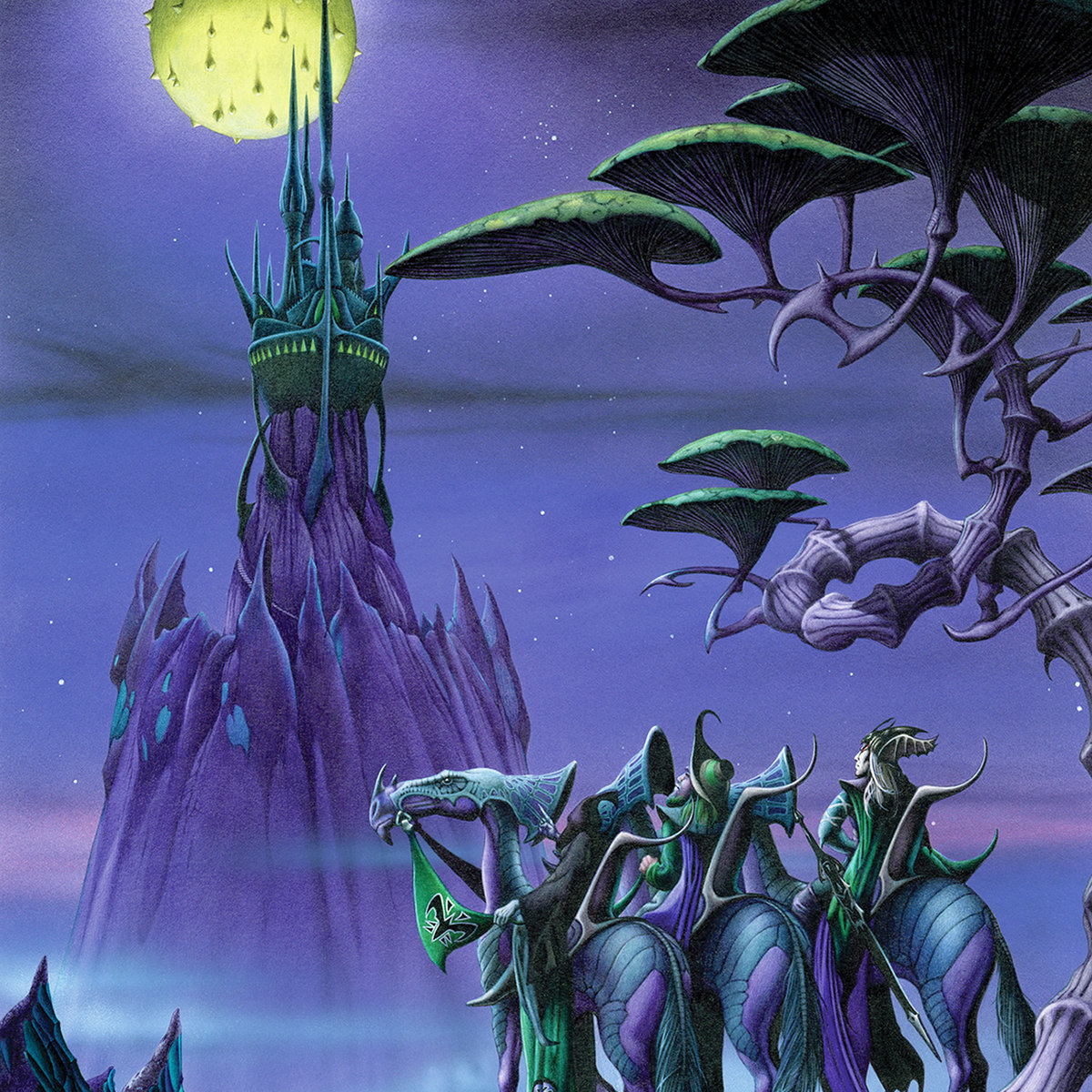 By David RodriguezJanuary 4, 2021 No Comments

Ellesmere take the comic book movie route with Wryd, assembling a who’s who of guest musicians to create a masterful setpiece of progressive rock for all the woolgatherers out there.

Wyrd up, prog fans. You’re gonna love today’s album. I’m sure you, like me, go beyond loving the musicianship of good progressive rock and metal, perhaps enjoying the otherworldly experiences that particularly playful music in this style can provide. It’s not so much about the destination, but the journey, something Ellesmere explicitly embodies with this album, so says its Bandcamp description: ‘…we hope that Wyrd does not represent point of arrival, but another passage towards new unexplored lands!‘

Ellesmere is the prog-ject of one Roberto Vitelli – Italian multi-instrumentalist, lyricist, and writer – but he has the helping hand of several prog luminaries such as Mattias Olsson (drums for Änglagård and White Willow), Tomas Bodin (keys for The Flower Kings), David Cross (violin for King Crimson), John Hackett (flute, brother of Steve Hackett whose solo albums include John prominently), Giorgio Pizzala (vocals), and much, much more. Given this lineup of guests, or prog demigod invocations if you’re so inclined, it should come as no surprise that Wyrd is ’60s/’70s prog rock worship to the fullest, but its contemporary mode of operation is also quite apparent.

After all, you can’t expect to douse yourself in every old school tenet and be appealing to most people. Your first listen to Ellesmere‘s highly stylized rock reveals clean production and crisp mixing, at least to my casually (un)trained ear, but that just makes the arrangements flourish and stick out more, which is where prog excels anyway. Indeed, there’s a lot going on – guitars, saxophone, drums, a bevy of synths and keys – a veritable smorgasbord of eclecticism, perched up high like a raven in the twisting branches of a magical world tree that imbues it with a transcendental quality.

As with the decades-old rock Ellesmere seek to pay tribute to, there’s a healthy coating of jazz infused within its soul. Frantic bass, tripped-up drums, and the saxophone itself all function as nods to this approach. Furthermore, there’s a keen sense of style the songs have, the most prominent one being the off-kilter synth melodies in “Endeavour”, or the warm sax-fronted interlude on “Ajar”.

The album art is a force unto itself, drawn by Rodney Matthews, renown sci-fi and fantasy artist who has done great work for other bands like Thin Lizzy, Ian Anderson, and Amon Düül II among several others. It’s a lovely visual testament to the album’s overall sound: extraterrestrial, but in a way that feels familiar enough, like an inventive film. The foreground sees three unique being on horse-like mounts under a jutting, angular tree with mushroom-like foliage. The leftmost of the three beings points to an impossibly high fortress of sorts in the background, nestled in the top of a jagged mountain, villainous and imposing. It gives the air of an adventure that has only just begun, and while there’s ways in which the music of Wyrd can be read as the adventure itself, maybe it’s best assumed that you’re supposed to fill in the blanks with the music’s assistance like writing prompts.

How do the instrumental peaks and valleys of “Challenge” translate to you? What does the triumph and finality of “Endless” mean to you? Do the harmonic vocal motif present in a couple tracks kickstart memories of something, or show you a future you haven’t yet lived? Prog rock like this is better than any vacation because it can take you places you can’t find on any map, ones with poking, yellow moons, and purple skies of stars where life springs forth in manners unlike our own world. A whole new land to immerse yourself in. That’s what progressive music is for me, and that is what Wyrd represents to the fullest.

This record is a vehicle of prog greatness on paper, made all the more fascinating with the participation of numerous legends. In execution, it’s an escape; a dimensional leap to enjoy before the new year’s monotony and mundanity snuffs the feelings of excitement and imagination. I guess with bands like Ellesmere present in life and a desire to seek them out, we can return to realms of creativity, abstraction, and even some derring-do whenever we want. It’s music like this that allows you to set your sights on the out-of-bounds, daydreaming in such a fashion that enriches our own grounded lives. Remember, it’s healthy to let your feet leave the earth once in a while.