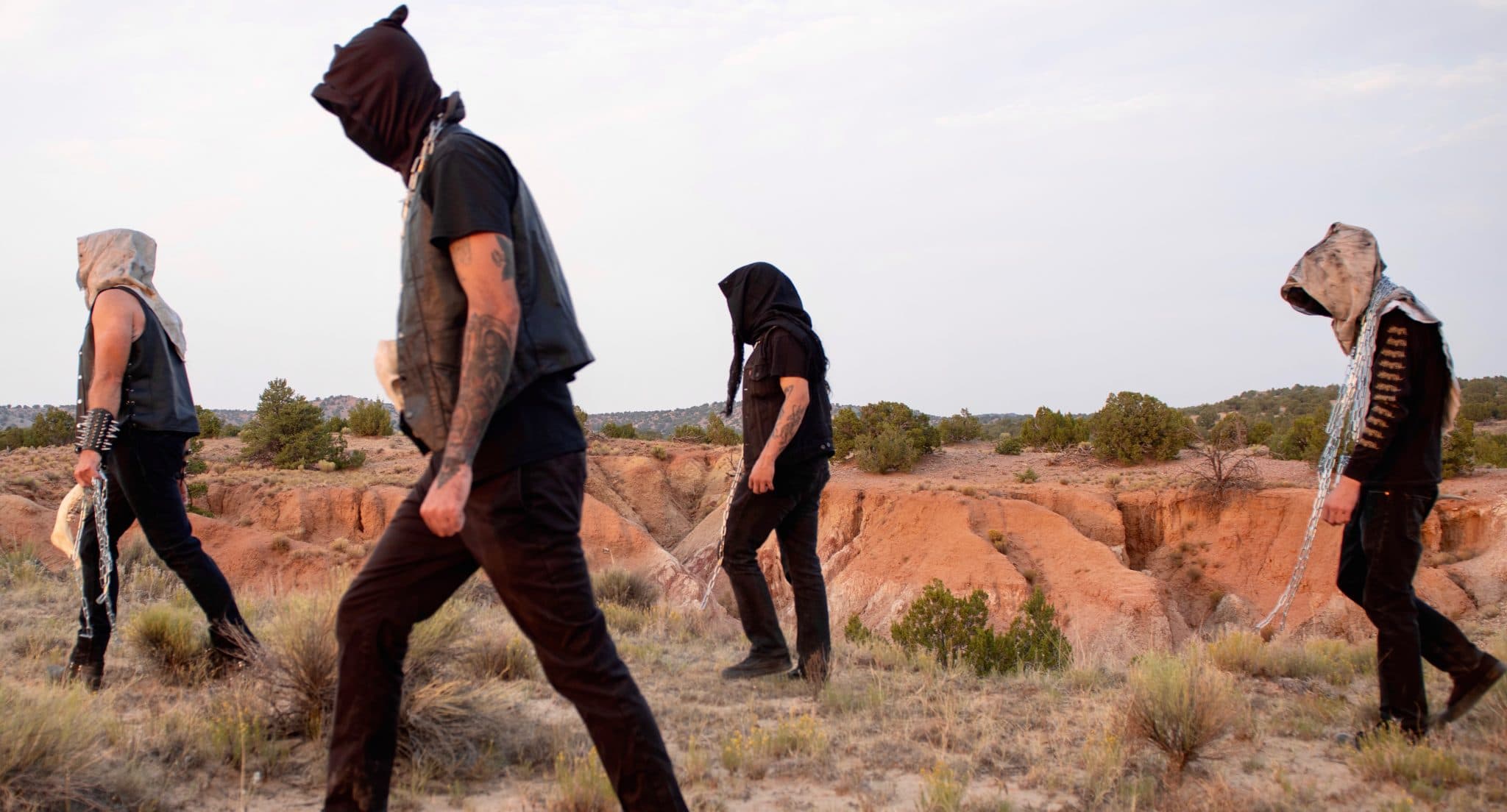 By Carlos Vélez-CancelJanuary 3, 2021 No Comments

RAPTUROUS FLESH CONSUMED is Heretical Sect‘s proposal to unveil the atrocities of colonization in the American Southwest through vicious, blackened death metal.

Time continues to prove that music has a place for everything and for everyone. This, after all, should not come as a surprise, for we human beings are complex to the point of both wonder and nuisance. Still, it is a marvel to venture though the plethora of characters and settings laid out in an even wider array of soundscapes. It is much more engrossing when the narratives subvert what is expected from a chosen genre. Heretical Sect precisely do this with their debut full-length RAPTUROUS FLESH CONSUMED, a record that strikes the senses with gnarly blackened death, all through the lens of the American Southwest.

There is more than meets the eye here, however, as the band deemed appropriate to incorporate the less sought-out and more violent historical aspects of their hometown New Mexico on this record. According to its Bandcamp description, ‘This project is a funerary monolith to the countless, unknown dead who resisted and died, crushed beneath the hooves of conquest, victims to genocide and massacres.’

Fitting for a blackened death metal record, don’t you think? It is no secret that pop culture has developed a common perception of New Mexico and the overall geographical region of the Southwest, be it the dense drylands, wild west tropes, or Breaking Bad. Focusing on said areas for a metal record is intriguing as it is, but making the decision to uncover the historical atrocities committed in them is fitting and something that I absolutely fuck with.

The ferocious single “Depths of Weeping Infinity” illustrates the unique proposal the band aims for. An eerie cacophony encapsulates the track with full force, followed by drums that are as pummeling as they are entrancing, and vocals that emulate the sheer anger of those long forgotten. The track is accompanied by a music video that further amplifies this listening experience, being recorded at the Galisteo Basin Preserve in New Mexico with the band shrouded in cloaks and chains, coupled with mystifying imagery all over the lot.

Indeed, RAPTUROUS FLESH CONSUMED is a collection of hard-hitting, blackened death metal tracks that captures the religious indoctrination and colonization from the Spanish conquest of the Americas. The band further puts a magnifying glass on these events to focus on Salvador de Guerra, a padre that, like many Catholic figures in the era, committed acts of degradation and downright oppression towards the natives in the American Southwest (for a more in-depth look at this concept, do watch this interview held on Terminus: Extreme Metal Podcast!).

What I find interesting here is that this is a move that should be a logical next step for many bands and artists, but a move that nonetheless is not seen with frequency. Genres like black and death metal especially are already fueled by such topics, thus making sense in integrating perspectives as localized and particular as those on this record when crafting such extreme music.

Musically, the record pulverizes you through and through with no sign of remorse. It manages to equate to the senseless systematic violence displayed in that particular period of time, opening a gap that releases sonic catharsis that is shrilling (and long overdue). Take for instance the galloping, call-to-arms opener “Rising Light of Lunacy” or the multifaceted journey that is “Degradation Temple”, which gives a glimpse of the potential Heretical Sect have when it comes to creating absolutely crushing atmosphere.

RAPTUROUS FLESH CONSUMED is one of the more unique records of 2020, unleashing music that is haunting, thrilling, and very much necessary given the context of the conceptual lairs the record roams on. Clearly, there are many historical accounts to explore when it comes to these types of events, hence my excitement to know about the band’s future plans for their next releases. Make sure to put Heretical Sect on your musical radars; I really do not think you will want to miss out what they have to offer for the years to come.