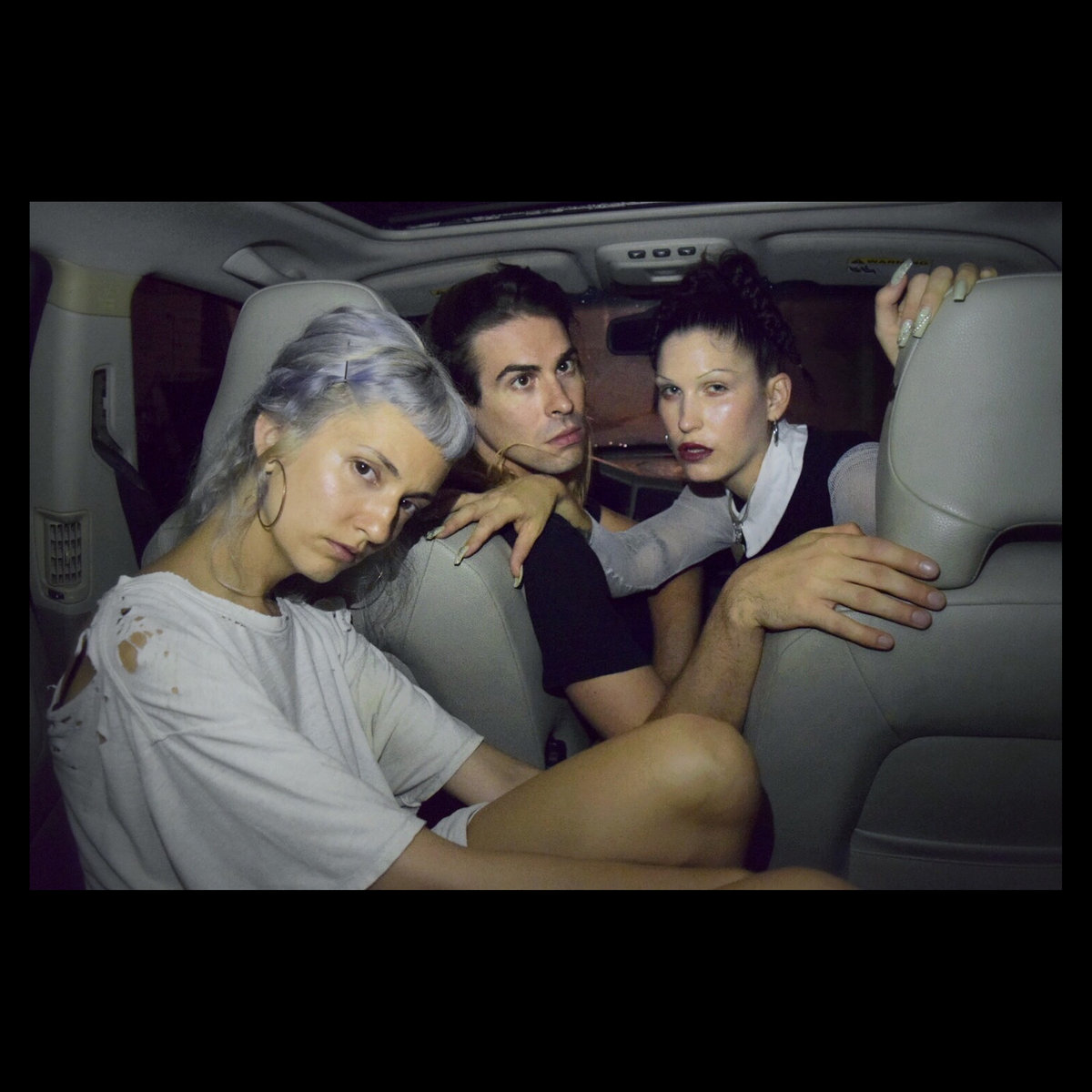 The merging of two worlds that is LEYA and Eartheater’s collaboration brings us a short but hella sweet ride of sounds that shouldn’t work together, but do so very well.

Happy new year everyone! Let’s kick off this new decade by fiercely clinging to the past. Sometimes there’s a perfect match when it comes to bands combining their talents and creating something new. We’ve seen it last year with Pijn and Conjurer in the form of their incredible Curse These Metal Hands, but this release is a bit different. Angel Lust is the combination of famed Eartheater and the experimental duo LEYA, bringing together mutual weirdness and creating something wonderful.

Angel Lust is a short endeavour, composed of only four tracks and clocking in at under 15 minutes. Don’t let that rile up any judgement that may arise within you – there is a ton of goodness packed into those four tracks. This marriage of these two artists began during the writing of LEYA‘s album The Fool, where Eartheater guested on the track “666”. On “666”, we can hear LEYA‘s sound in the juxtaposition of classical and pop music through use of de-tuned harp and violin. There are sharp harp plucks, which work in nuance with the long bow strokes of the violin. Finally, add Eartheater‘s vast vocals and we have the completion of the beginning of Angel Lust.

Let’s get the puns out of the way first (at least mostly, I can’t make any promises): this is a match made in heaven. For a million reasons, the blending of these artistic folks works so goddamn well! The songs are structured almost like a pop song would be, and yet this is so unique that it sounds nothing like a typical top 20 hit. LEYA once again uses the instrumentation in a way that only they could. One generally thinks of classically inspired sounds when the harp or violin are mentioned, but you won’t necessarily find that here – at least not on the surface. The influences run deep and are in rebellion – creating noise that goes against what classical typically stands for.

Top all of that sonic goodness with a voice that spans many octaves, and what we get is pure seductive magic. Eartheater can do many things with her voice, like scaring us, turning us on, or simply leaving us awestruck. I try not to let lyrics influence the way I take in music, and so I didn’t look into them at all, but the general vibe I’m getting is angelic sex. Again, I have no proof of this, but the title of the release is Angel Lust, so I’m thinking I might be dunking a hole in two (I don’t get sports).

The only real major complaint I have with Angel Lust is the fact that it’s only 14 minutes long. The EP feels like it’s over before it’s really begun, which is quite sad, because its sound feels so developed that I can’t help but want more. My hope is that this is just the beginning of the two groups working together, but only time will reveal that.

LEYA and Eartheater coming together to give us a collaborative release is a fantastic gift; the sounds and styles of the two mesh together incredibly well. Be sure to follow both talents, because Eartheater just released Trinity in October of 2019, while LEYA will be dropping an album called Flood Dream on March 6 this year.