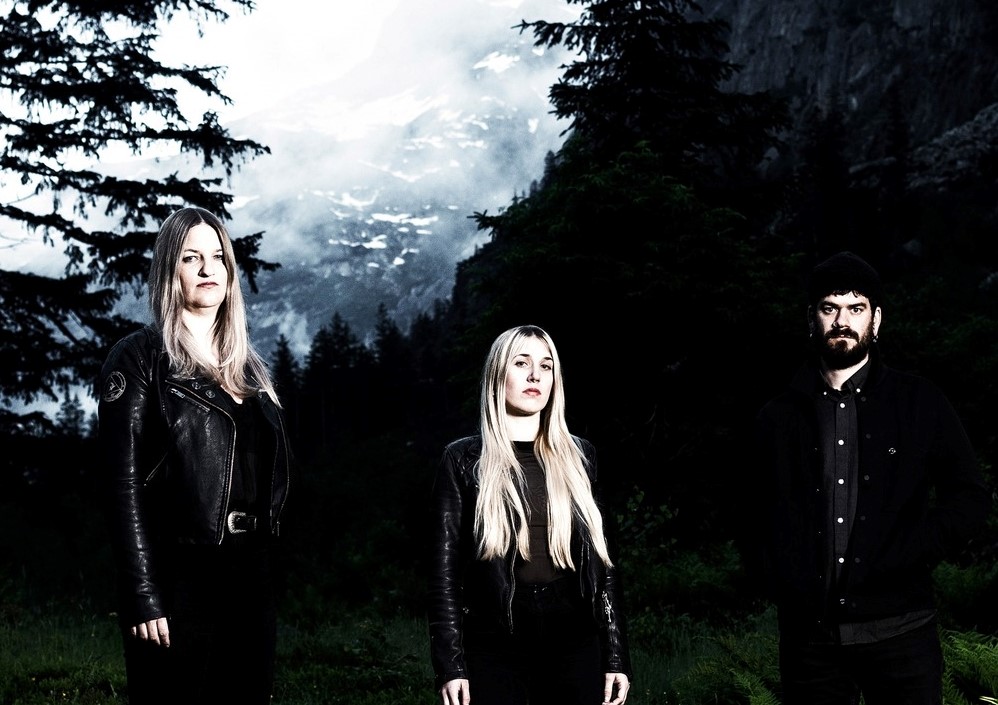 While E-L-R‘s sophomore effort is seemingly full of musical intrigue, Vexier quickly loses its tantalizing effect due to its exceedingly meditative nature.

You ever stumble into the wrong place and very much feel like you’re not supposed to be there? I can already feel the churning gut instinct trying to tell me to get the hell out just thinking about a few places/scenarios I’d much like not being a part of. The newest E-L-R record evokes this type of feeling in me, although nowhere to the degree that some fight-or-flight situations would have me experiencing. With Vexier, it is as if I came upon the malevolent workings of a ritual taking place deep in the forest. The only difference here is that I am under the false impression of my own safety as I watch from afar. My body communicates to me that I am not supposed to be here, that I wasn’t supposed to find this yet the intrigue is what keeps me around for the time being.

Like the hypothetical scenario of a twisted ritual taking place far away from any civilization, E-L-R‘s music exudes that very mood. Think of something along the lines of Cult of Luna and Alcest. The meandering, linear song structures of the former with the enchanting, woodsy allure of the later is what drew me into E-L-R‘s sound when I first discovered them with Mænad. Like Alcest‘s earlier work, Mænad was the album I’d reliably rely on for my occasional long treks through swirling paths in the wooded areas nearby where I live. I know it seems a little counterproductive with me wanting to experience the outdoors, but as you’d expect, I love listening to music while I go on my walks. With that being said, I compensate for that by selecting music that is the very embodiment of the outdoors. Don’t worry, this wooded area isn’t inhabited at all by dangerous predators that I should be keeping my ears out for.

E-L-R’s sophomore release, Vexier, is the continuation of the sound they masterfully crafted with Mænad, although with more of an emphasis on creating hypnotizing soundscapes. If it wasn’t already obvious, the album artwork for both Vexier and Mænad certainly give off that forest-y, ritualistic vibe. Not only that, but E-L-R craft the music that complements that mood beautifully. You get these really enchanting, droning songs that vicariously puts you out in the most secluded and endless stretches of pure nature, with an evil presence watching you. It is really easy to get lost in the gorgeously ambient black metal-tinged soundscapes that this trio masterfully crafts, although I find myself getting a little too lost in Vexier. User experience may vary.

Vexier carries onward the musical aesthetic that we heard on Mænad in every sense, although there seems to be more of an emphasis on the droning nature of the music itself. E-L-R really double down on creating these long winded sections that sound absolutely stunning, they just don’t seem to go anywhere exciting as they had previously. Mænad was still quite drone-y itself, but not to this degree as it was balanced quite well with long build ups and memorable releases of tension. The hypnotic nature was already present and every effective in regards to Mænad, hell, I am still under its spell to this very day, but it does seem quite a bit overdone here on Vexier.

Despite having listened through their latest album what feels like at least thirty times, I can only remember a single moment from the whole thing much to my chagrin. That being the mere presence of the Behemoth-esque chanting/monologue in the closing track, “Forêt”. Other than that, I honestly cannot recall a single melody or rhythm that worms its way deep into my temporal lobe here on Vexier, unlike “A Wild Shore” off of their debut; the groove on this song pops up in my head way more than I’d like to admit. Not only is there very little meat in each track, but there is no payoff at the end of these overly long build ups either. Vexier feels as if it begins and ends with nothing particularly substantial in between content-wise. Given the overall tone of the music, it feels as if it was meant to feel that way though weirdly enough.

Perhaps the goal in mind was to create a musical experience that you can just completely space out to (I mean completely), leaving a trace of amnesia once you’ve made your way through. While I watch this ritual unfold from the comforts of brush and trees, undiscovered by those partaking in it, I find myself constantly checking my watch to see how much time has elapsed as it seems this hex has been going on for hours with little progress to be made. Turns out it wasn’t as interesting as I thought it would’ve been and I shouldn’t have stuck around for as long as I did.

With Vexier, I find myself falling out of E-L-R‘s entrancing spell just as quick as I fell into it. While I understand that E-L-R aim to create a mysterious, meditative atmosphere through their albums, they overdid it a bit too much to a point where it is no longer meditative but slightly a chore. Their sophomore release is a continuation of the style they had already honed in on their first record with how sinister yet serene their music is aesthetically, but Vexier just fails to hold my attention before I even make it halfway through the first track. I want to love this album, I really do, but most what E-L-R try to accomplish here on Vexier leaves a good bit to be desired.