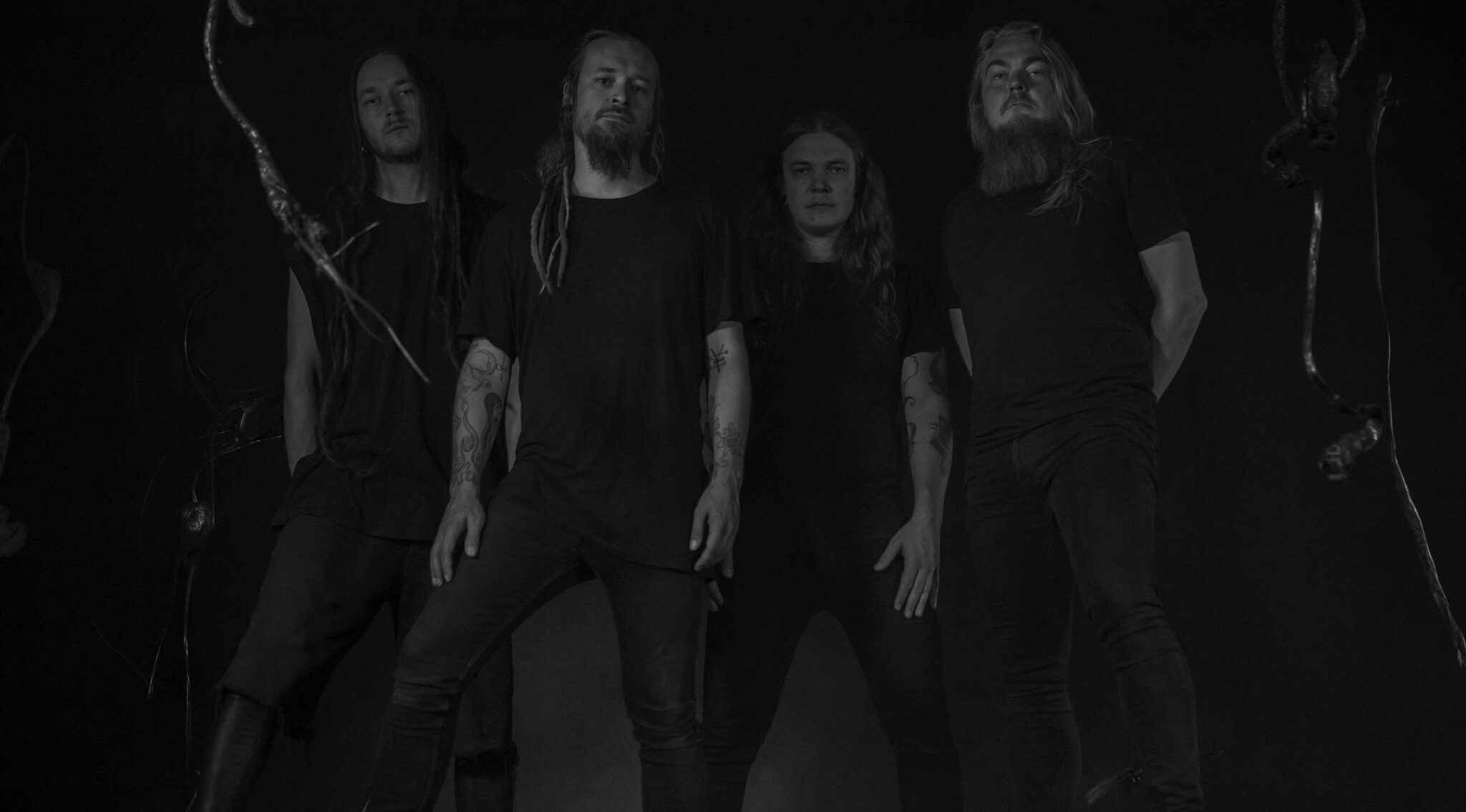 Enter the Industrial Realm with Enphin and Their Explosive New Single

Immerse yourself in a wave of spaced-out, psychedelic carnage with Enphin and their immensely dark industrial sound, which you can hear on the band’s latest single “Cut Flesh”.

Hailing from the icy depths of Finland’s heartland, Enphin bears an ominously cosmic, interdimensional sound through their rendition of spacy, psychedelic doom metal. The Scandinavian four-piece have exhibited a great deal of sonic experimentation, achieving a unique interdimensional sound, through releases Faster Than Speed (2010), Born a Trip (2012), and Archdimension Now (2014). The band’s first musical trilogy produced longer, explorative song structures; whereas later additions to the space rock band’s sonic palette, such as Eternal Hayden (2016) and Osiris Hayden (2019) have proved Enphin’s ability to diversify their style, delivering mysterious and trippy songs at a shorter length that has diversified their music which encompasses genres such as industrial, darkwave, and techno. The band appear to be continuing with their quest to produce spiritually guiding, hallucinogenic music with their awaited 2022 release End Cut, which will act as the final in the band’s second musical trilogy. In anticipation of End Cut the band have released their first single from the record “Cut Flesh”.

The track very quickly indicates a clear shift in musical direction for Enphin with heavily incorporated synth elements giving the whole song somewhat of a dance-infused darkwave feel. The ominous vocal delivery accompanied by the threatening, driving bass further adds to the intensity of the song guiding the listener into a reinforced, post-apocalyptic realm. The music video for the track further succeeds in signifying this spiritually rounded trip into purely dark, sonic landscapes.

The post-apocalyptic feel of this track seems evidently strong, and the band offers a glimpse into their vision of what the song represents and emphasises the underlying themes of spirituality and transcendent freedom.

‘Searchlights from vessels hovering above lighting the ruins where survivors are hiding, in protection of smoke and debris. Forced to accept their fate, finding a spontaneous comfort in it. This is where the hopes and beliefs die and are reborn as knowledge and certainty, when gods become obsolete, and the true guidance is found within’.

To keep updated with the latest information on Enphin, and to hear more about their upcoming album End Cut, be sure to follow the band’s socials through Facebook and Instagram. Also, if you want to journey further and experience a vast range of awesome psychedelic doom and space rock, then check out Enphin’s other releases through Bandcamp.