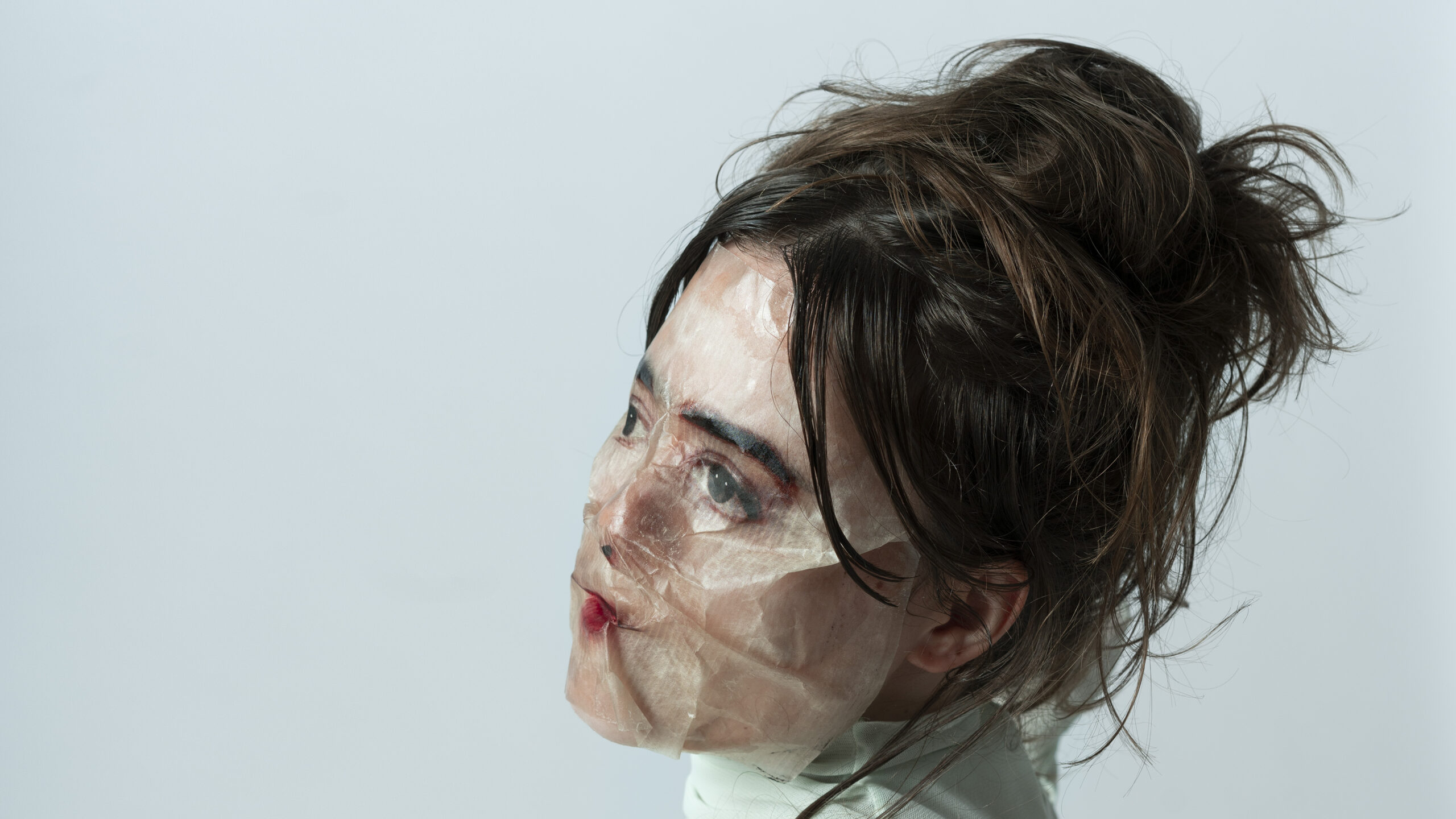 By Carlos Vélez-CancelApril 4, 2022 No Comments

Tread carefully on Kee Avil‘s skin-crawling debut Crease, an impressive display of experimental pop that showcases a masterful use of music as gripping storytelling.

Let me just be straightforward from the get-go here: I have not heard a debut offering as unnerving and jagged as Crease in recent memory. A project led by established Montréal producer and guitarist Vicky Mettler, Kee Avil manages to conjure sonic fever dreams straight from the darkness itself on this album, whose flow leans more towards that of an aural narration rather than simply a collection of songs. To some, this might come off as a bit off-putting, but trust me when I say that this creative choice works on its favor so effortlessly. Let’s walk through this one together, shall we?

Picture yourself waking up in the middle of the night due to a power outage. In a semi-alerted fashion, you realize that you fell asleep in your living room, its space pitch-black save for your phone notifying you that it is no longer charging through its dim-lit screen. As you reach towards it, you catch something from the corner of your left eye. Cue the opener “See, my shadow” with its heart-racing percussion thumps and unseemly, gritty guitar passages. Complemented by an already excellent production, the care Kee Avil puts into crafting atmosphere is immediately evident on this track, from the subtle sounds of clings and scratches panning from the left ear to the right, to the overall eeriness manifested by the disorienting keys and dubious yet hypnotizing vocals. It’s truly a three-dimensional experience that continues throughout Crease, and one that keeps you glued to your seat until the end, even if not much is going on at face value.

This is no slasher horror-type of unsettling, mind you; there was nothing that you saw on your peripherals after all. It’s all in your head, bud, and Crease makes sure that you’re subjected to this inner turmoil, as the record invites you to a peering descent into madness, as told through equally maddening industrial/experimental pop.

You will find yourself tiptoeing through Kee Avil’s dizzying arrangements, whether it be from the piercing strings and the erratic cadence of her haunting vocals on “Melting Slow”, or the plain discordant chaos that unfurls on a track like “Okra Ooze” through bone-chilling build-ups and overall eldritch aura. The same goes for the track that follows it, “I too, bury”, with its short piano motifs throughout that will simply make you feel uncomfortable, and I say this in the best way possible.

Oh, but there are moments of beauty shimmering beneath the hellscape that is Crease, believe it or not. “Drying” sports a subtle percussion beat under soaring harmonized croons, while “And I” gives off a folky vibe thanks to its overall stripped-back sound that is quite pleasant to listen to, regardless of its otherwise sinister undertones. The album even closes off serenely with “Gone again”, even if it’s done in its own twisted manner.

The record truly shines with tracks such as “Devil’s Sweet Tooth”, however. There is something about the pace that sets the atmosphere so masterfully, coupled with winding synths and droning samples that perfectly capture the feelings of distrust, horror, and paranoia of a deranged mind. The blaring strings and skin-crawling creaks heard throughout further positions this track as one of the most disturbing singles released this year so far.

Once you’re on your first song, there’s no way out – there just isn’t. Crease is very keen on putting you through its bleak soundscapes in all their alluring splendor. The care and attention to detail Kee Avil has gone through in crafting each of these songs is very obvious, and it all really pays off. There is not one single moment here where you won’t feel at least a bit distressed, notwithstanding the many moments at which you will find yourself marveling at the stellar composition from beginning to end. Yes, this record is meant to be approached with caution, though this warning will eventually result in being worthless, as you’ll give in to its devilry without much hesitation soon enough.