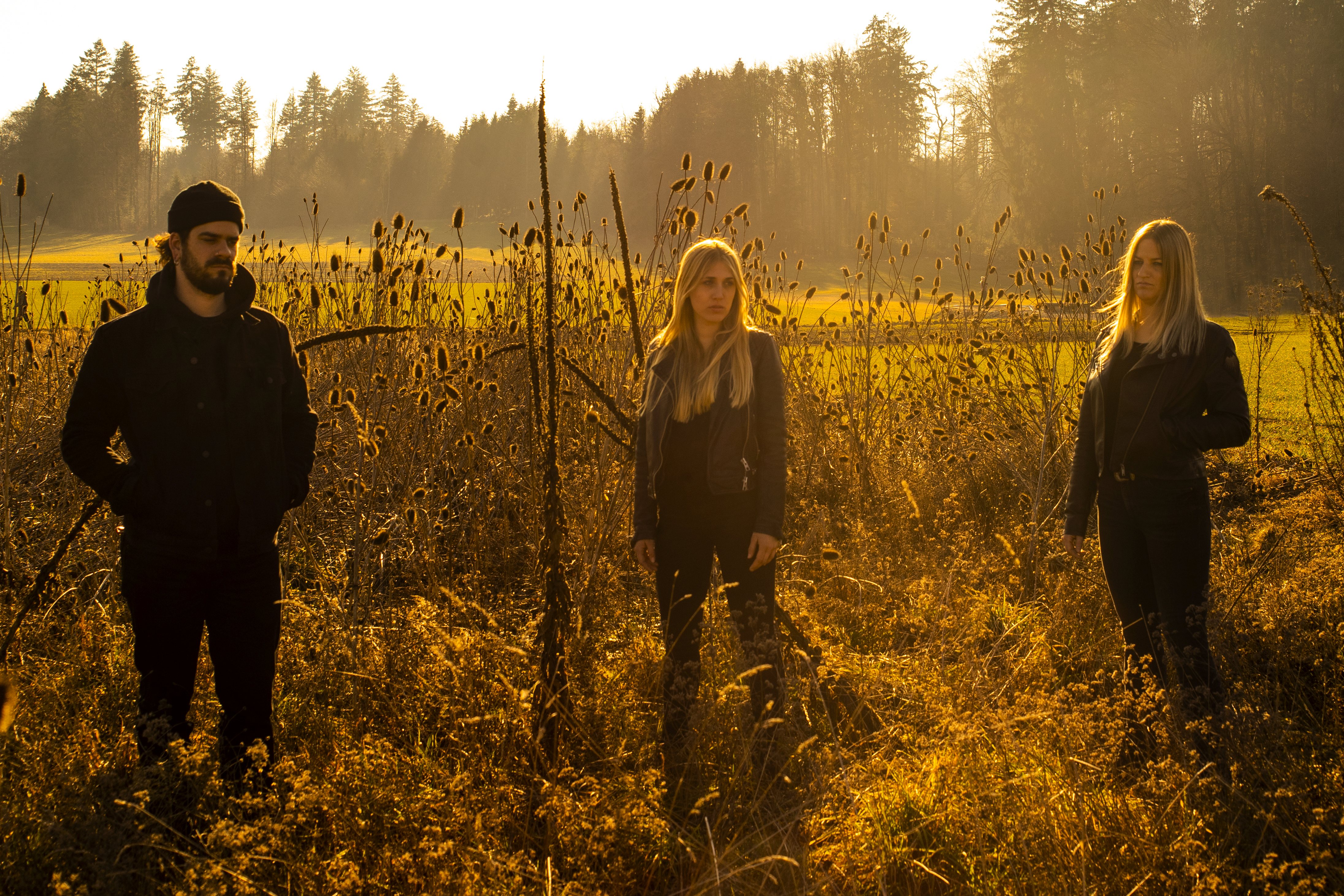 By David RodriguezOctober 12, 2019 No Comments

E-L-R transmit a spiritual awareness that a lot of us, willingly or ignorantly, aren’t aware of. With some nice post-metal at their disposal, they invite you to seize the power the earth and its energy has to offer.

E-L-R is a name new to me; likely is to you, seeing as we’re dealing with the band’s debut record here. They’re a Swiss trio that spins up some thick atmosphere by-way-of heavy post-metal, with some doom thrown in. With a keen focus on connecting to forces around them, they bring us Mænad, or simply Maenad or Manad if you lack the means to produce that fancy Latin character. The album is a real journey, best heard under the right circumstances where a listener has properly opened themselves up to be spiritually tickled, if not are spiritual themselves.

The virtue of ‘serious’ music is a silly misnomer for the artform, as almost any music made by humans is taken seriously, even if it makes you laugh or is lighthearted – the rest is just opinions. Still, my mind usually comes back to the word ‘serious’ when reflecting on Mænad. It just feels important, at least for the band. You can tell they dug deep and attuned themselves with nature strongly in order to channel that relationship into an audible experience. It speaks to the long-standing familiarity the band must have being bonded with our natural realm. Whether you subscribe to those beliefs, it feels no less real with E-L-R.

That’s a big part of enjoying media and the stories they tell, right? Suspension of disbelief – the ability to set aside one’s own perception of reality, a mental flexibility to let your known rules of the universe bend until perhaps snapped under the weight of great fantasy and/or majesty. It’s what allows me to become immersed in Mænad‘s tale from the opening track’s ambient sounds of feet plodding through crisp grass or brush, as if traversing a sharply angled mountain with an auspicious glint in your eye as you focus on the summit.

The sky swells limitlessly above you, acting as the gaping mouth that seems to speaks back any sound that reverbs through its expanses. This is where things like the echoing guitars gently plucked through the intro of “Above The Mountains There Is Light” are best enjoyed. The song, which is the longest on the album, also features the haunting clean vocals of Amenra‘s Colin H. van Eeckhout and some drum beats that must originate from the heartbeat of the earth itself, given how primal and robust they are. The whispers at the end of “Ambrosia” stand out for much different reasons, mostly because they feel like they’re jutting out from caves or nooks within the mountainside, faces watching you go about your way. The best part by far is the sound of the ocean pounding a cliffside at the end of “The Wild Shore” signaling an end to the adventure, one that’s earned well enough.

All of these songs have similar threads that connect them all – the darkened, autumnal, moaning post-metal atmosphere is present, though maybe tweaked on each occasion, on each track. Slow burns always find their way to climax out of speakers in waves like rushing river water. The most varied thing on Mænad is easily the vocals, which the band’s guitarist and bassist both handle, along with two guests (Dool‘s Ryanne van Dorst being the second to van Eeckhout). The album benefits from this greatly because instrumentally, I found the music can run together a bit throughout its 47-minute runtime. Was it a product of E-L-R‘s hypnotic and captivating qualities, or simply me being needled ever so slightly by repetitive musical approaches? It’s literally anyone’s guess, but an important, if bothersome observation nonetheless.

Mænad is experiential music – you’re supposed to feel as much as you hear. In that regard, E-L-R is rousing, successful in commanding power through nature and metaphysical elements present in and around their particular flavor of heavy music. You can sense something higher or ascended with the atmosphere. The journey functions as more of a quest in search of enlightenment or becoming more attuned with earth and its forces, and just as it has an alluring haziness to it, the air feels just as capable of suffocating if you were to prove to be malevolent to those unseen forces. Listen to Mænad in a spiritual mindset, even if you eschew such things in your personal life.