With their new album Seeds, Stockholm’s Domkraft have given us a sludge fan’s dream. Towering riffs, terra-shaking groove, and miasmatic psychedelia are aplenty on one of this year’s heaviest albums thus far.

‘Riff. Hook. Repeat until numb.‘ – This is the simple phrase you will find atop Domkraft‘s Facebook page, and though clearly delivered with a hint of tongue-in-cheek irony, it’s actually a rather fitting (if somewhat oversimplified) summary of a band that have perfectly concentrated the essence of cataclysmic heavy music.

A psychedelic sludge power trio from the Swedish capital, they resemble a menacing conglomerate of the genre’s greats, but unlike many others that have come and gone before them, Domkraft have the chops to stand amongst the best. Indeed, it can be difficult to stand out from the crowd when bands of their ilk are so often compared to inimitable names like Sleep, YOB, and Ufomammut. Yet stand out this band do, and it is courtesy of an all-round mastery of the unforgiving tools of mid-tempo, stoner-infused doom laid before them by the aforementioned names. If you like your guitar tones muddy and delivered with excessive groove and mind-bending psychedelia, look no further.

Following their similarly heavy and apocalyptically-themed debut and sophomore albums, Seeds transcends the despondent nature of their previous works and instead focuses on rebirth. As the title suggests, this is an album that sows life in the presence of death, gazing upwards instead of contemplating what lurks below. Lyrical themes aside though, Seeds retains the blistering doom riffs and pushes the boundaries outwards.

It’s an album that feels somehow larger and more liberated. Perhaps that is down to the obliterative impact of its heaviest riffs, the rising sense of momentum carried throughout, or the dichotomy of heavy and soft having a greater realisation; perhaps it’s all three. What is clear, however, is that Domkraft have lost none of that energy or spark that have thus far established them as an earth-shaking band, and their songwriting ability has matured even more than it already was.

Immediately the title track drives home the groove with one of the catchiest bass lines in sludge this side of the millennium. Fronted by saturated stonewall guitars that bleed through the mix like a creeping mass of tendrils, the album takes no time at all in laying down their characteristic clamour. The track waxes and wanes between the arousing swing of bass-led kaleidoscopes and an unrelenting sludge riff that gradually builds in tempo throughout its nine-minute runtime, reaching a thoroughly intense finale.

As its title suggests, this track plants the seeds of the album at large, and is in many ways a blueprint for what is to follow. Domkraft being a band that revels in finding a groove and using gradual development to dictate the songs, be ready to get tangled in each track’s overwhelming roots. But let none of that be a disparaging remark, for each track lands with a renewed impact thanks to the distinction between each of its seven core ideas. Even as I write this – around 12 hours after listening to it – I still recall the antagonising rumble of “Tremors” and Martin Wegeland’s agonised screeching on “Into Orbit”. If you’ll allow me to push my previous arboreal analogy even further, each track acts as a new winding branch of a grand oak, each growing the sapling ever greater from the ground and dominating the panorama in which it dwells.

Despite the implication of my previous statement, at no point does it feel like the band are just going through the motions and falling prey to self-indulgence either, an easy trap to fall into when under certain influences – I have no idea if these certain influences actually contributed to this album’s creation at all, but it’s nevertheless a consistent trope that has had an intrinsic impact on the genre’s development.

Either way, here, every recurring motif is expertly metred to add a new layer at just the right moment, whether it be an enhanced drum beat or a shrieking phase-driven lead, there is always something fresh to keep you hooked into the psychedelic gyration. And that’s without even mentioning the unadulterated quality of said recurring motifs. “Perpetuator” and “Dawn of Man” in particular struck me with some of the most nod-inducing moments in doom this year; they’re the kind of riffs that revel in their simplicity, concentrating their weight in such away that delivers the kind of visceral impact you can’t help but bob along to.

I’m sure you will be familiar with the ‘heavy riff face’ meme that is commonly found on most doom/sludge threads. Well, this is an album that carries that same facial energy in spades. 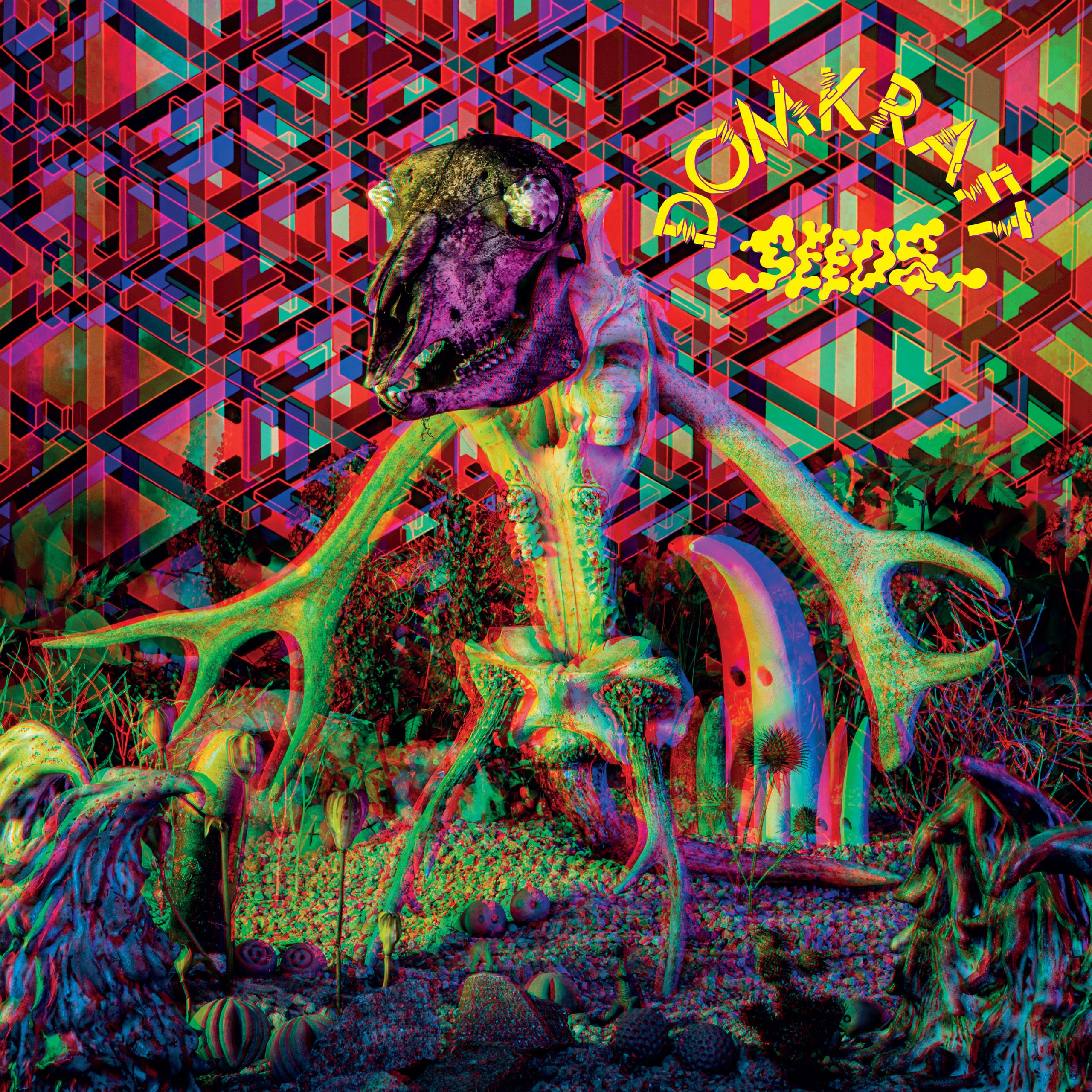 On the rare moments of respite, you are never given too long to lose that momentum before being thrown once again into the fray, and this is helped to no end by the thick and muddy, yet spacious production. Excessive low end is almost a given, but there is a clear separation between bass, guitars, and vocals, with each given plenty of room across the frequency spectrum to occupy their respective plateaus. You can expect the sub bass to work overtime, and be ready to catch any ornaments that may be shaken off their mounts, but vast sonic delivery and mature consideration for dynamics makes this an album that is engaging from its moments intense and moments restrained.

Market saturation often makes it somewhat difficult to find albums of such quality as Seeds, especially in a genre that is jam-packed with tone worshippers from every corner of the globe. If you are the type that will consume stoner doom at the same rate that you consume oxygen, I would recommend you add Domkraft to your collection posthaste, but if you’re new to the genre, I may have just found the perfect taster course for an ever expanding cult of volume.