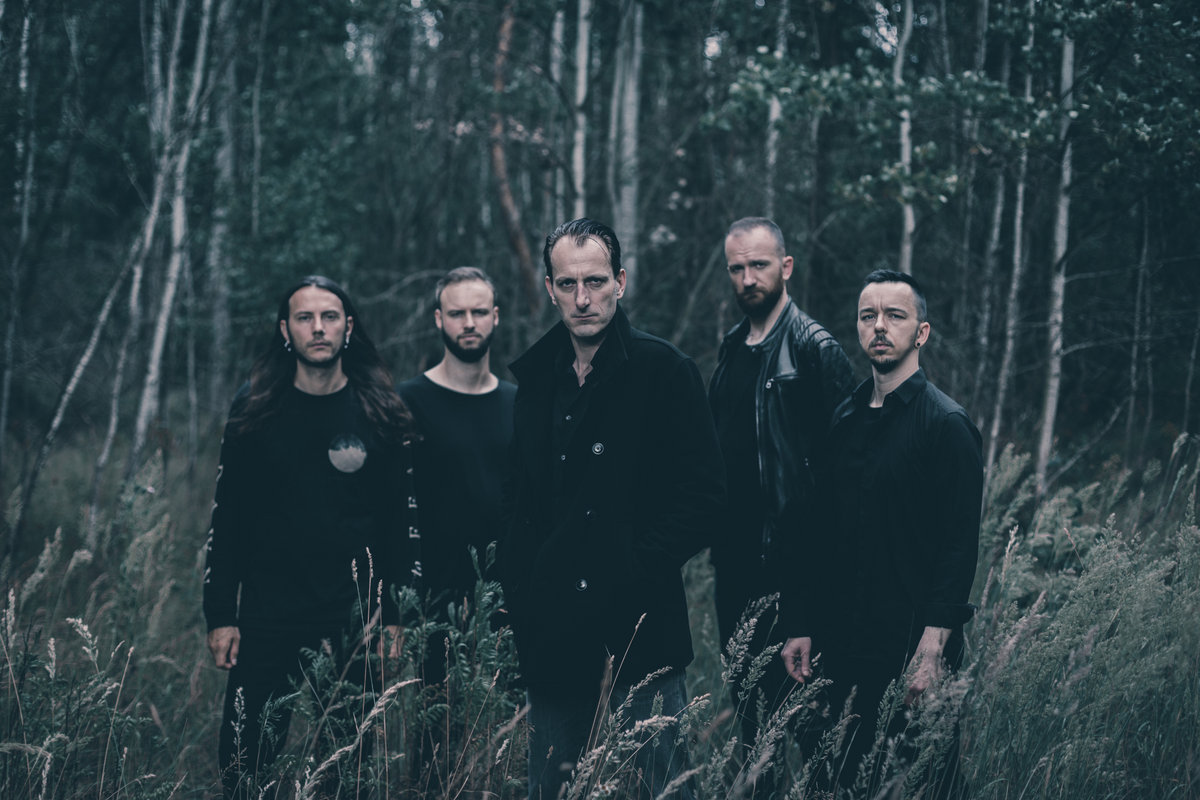 By JP PallaisDecember 6, 2022 No Comments

Disillusion’s latest offering is one that is wholeheartedly unforgettable.

Approaching the end of the year is always so overwhelming in the best of ways considering we’re all frantically trying to compile our favorite records of the year. Just when I think I have a standout favorite album when it comes to progressive metal, something has to come along last second and makes me doubt myself on every level. Going back and forth between Kardashev’s Liminal Rite and An Abstract Illusion’s Woe was already difficult enough, but that something that came around this time was Disillusion’s wondrous Ayam.

Germany’s Disillusion have reemerged to bless our ears only recently, with the release of their comeback full length, The Liberation (2019), marking the end of a thirteen-year hiatus since 2006’s Gloria, not including their 2016 EP of course. With over a decade from one full release to the next, Disillusion have returned to their progressive death metal roots established in Back to Times of Splendor albeit with a focus on dense atmosphere and massive soundscapes. While their two latest albums do mark a slight departure from that of Splendor, it couldn’t be any clearer that the gentlemen in Disillusion make it a goal to challenge themselves in every way imaginable whilst also enjoying the creative process in doing so. A lot of love has gone into everything they’ve done thus far and Ayam shows them at their most inspired.

While The Liberation did feel so grand and refreshing in its ambitious artistic vision, slowing clear progression and maturation from previous releases, it did have just a few lulls that dragged on just a tad, only making the hulking runtime run on longer than necessary. With Ayam, Disillusion capitalize on The Liberation’s musical foundation as a stepping stone to correct those miniscule missteps. Not only did they iron out all the barely noticeable kinks, but they elevated the music another step further by incorporating a brass/orchestral component into the very heart of the album.

Right as the opening epic, “Am Abgrund”, starts to build and kick off Ayam, you feel the swelling of the horns booming alongside the beefy riffs and chords. The healthy inclusion of these unorthodox instruments (when it comes to metal that is) isn’t something that is used sparingly or just for the sake of doing so either throughout the record, as each time they do appear is very much with a purpose. You can tell that the band had so much fun experimenting with it as well, especially noticeable on “Abide the Storm” with the sassy toots of the trumpets to kick off this mammoth of a song. Leading up to the final breath of this very track, there is even a deeply reverberating use of the brass section and lavish orchestrations that really does make it seem like a storm is brewing that you have no choice but to endure, as the track title would suggest.

Despite listening to this record the unhealthy number of times that I have (or healthy if you ask me), I am still picking apart the music itself, so it’ll be a hot minute until I thoroughly dive into the lyrics on a deeper level; it’s a work in progress but I’ll get there. I want to say that there is an extensive musical connection between Ayam and The Liberation, especially with the striking similarities in the album artworks implying that there is such a connection. Not to mention the fact that there are subtle callbacks to musical motifs from that album as well, with the bouncing rhythm in the first half of “Longhope” referencing that from “Wintertide”. You can glean the shape of a circle on both album artworks, so it only makes sense that this band is coming full circle while simultaneously evolving on so many levels.

Ayam is a record that is filled to the brim with standout moments, but not in a sense that the music becomes homogenous as a consequence. There is an incredible sense of dynamics and variability in the songs themselves that you’re never left uninterested nor are you able to predict what is bound to happen next. Take for instance “Abide the Storm”, which is an entire album’s worth of masterfully executed ideas in itself, making for an incredible journey that spams just twelve minutes alone. The one-two punch of the “From the Embers” and the closing track, “The Brook”, is yet another mind blowing experience with how they gorgeously close out this record in a way that is truly larger than life. There are no combinations of words that can describe the frisson I get once “The Brook” reaches its chilling climax with the swirling, echoing vocals and the twinkling piano ascending in the background. Even in its final fleeting moments, Ayam continues to surprise and leave me stricken with nothing but absolute awe.

Disillusion is here at their boldest, leading to their most ambitious outing yet that is worthy of being considered a progressive metal staple among the greats, pushing the envelope for what can be achieved in the genre even further. The irony in their band name is the only thing disillusioning about their music is that most everything else that you’ll hear will pale in comparison, effectively ruining all other music. Anytime in which Disillusion continues to be active and is releasing music of this caliber are times of splendor for us listeners indeed.