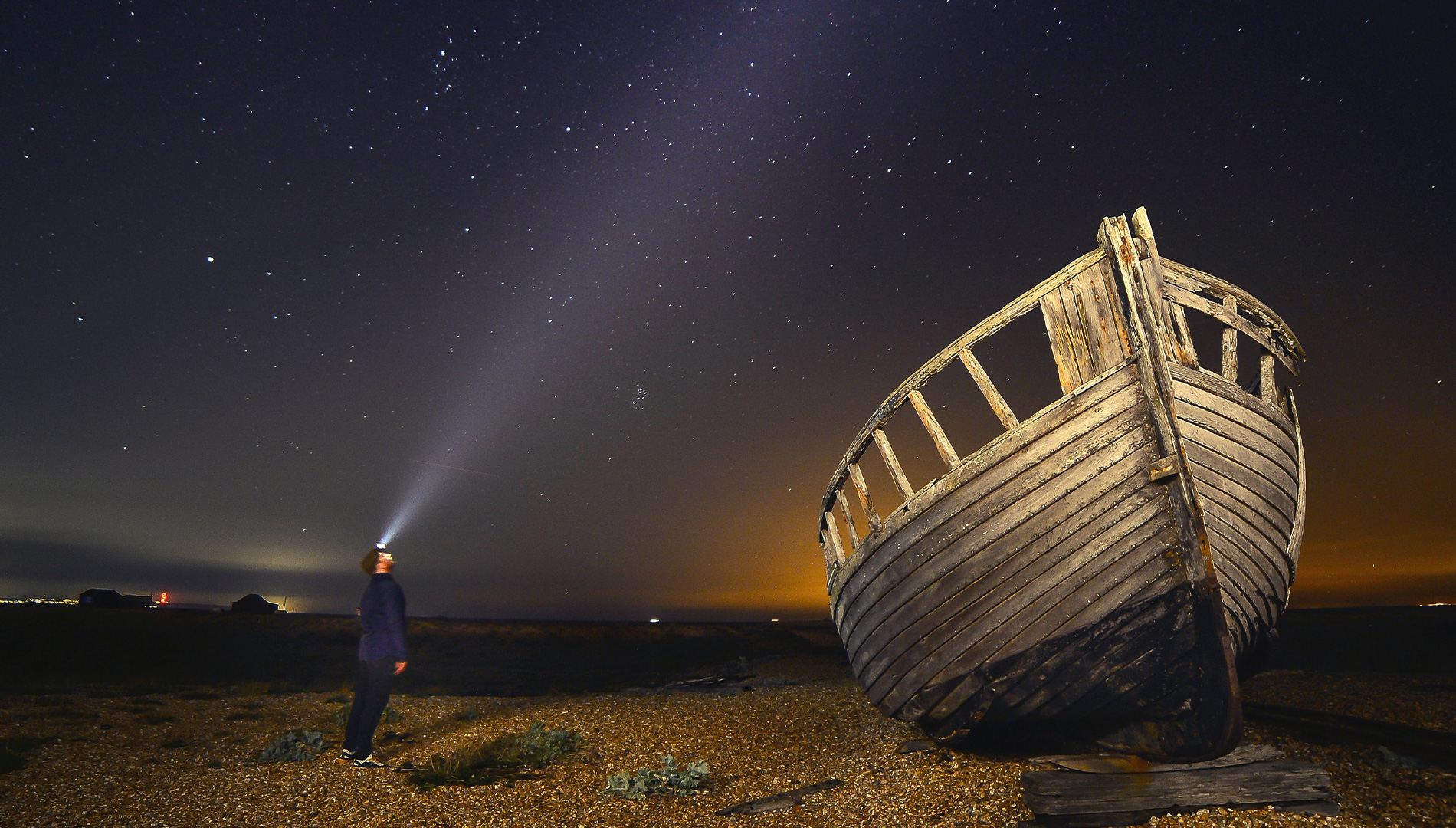 By David RodriguezDecember 6, 2022 No Comments

It’s that MOTHERFUCKING TIME AGAIN. Missed Connections is back, our time to collectively facepalm at how we forgot to cover awesome albums throughout the year and our mea culpa in offering three reviews of those albums we missed at once. It’s our fifth year doing this and to celebrate the occasion… I got nothing. I’m just happy to keep doing this.

For our first part, we got some arboreal ambient from Japan, tender and unique grunged-up post-rock from Japan, and some industrial synthpunk from… Japan? *checks notes* No, Colombia. Enjoy! See you next week for Part Two. 🙂

Tomotsugu Nakamura – Nothing Left Behind

For any regular music fan, discovering an album weeks, maybe months after its original release isn’t that big of a deal – better late than never, right? For a music journalist, though, a week more or less can make all the difference when it comes to coverage; reviewing an album months after it came out doesn’t really help anyone, after all. That’s why I’m glad we have Missed Connections – otherwise, I would’ve lost my chance to talk about Tomotsugu Nakamura’s Nothing Left Behind, which would’ve been very ironic given the record’s title, don’t you agree?

I’ve become aware of Nakamura’s work in 2020 when he released his stellar Literature album. Since then, I’ve been waiting for new material – apparently not attentively enough, as hindsight would have it. Oh well. Released back in July, Nothing Left Behind is another stellar display of the man’s idiosyncratic blend of glitchy ambient electronica and fragmented acoustic instrumentation, all padded with occasional field recordings. It’s an intimate sound that wonders, wanders, and reaches outwards playfully and naturally. There aren’t many people out there who could rival Nakamura’s approach to composition and sound design, so I was very happy to belatedly stumble across this gem.

From the moment that first crystalline piano note hits on “Darma”, I am spellbound. There’s no escape from the clutches of this enchanting music; neither do I want to leave. It’s like walking further and further into a verdant forest, the wind rustling the leaves and beckoning me to stay for a while. And I give in every time. It’s like an audio version of shinrin-yoku (‘forest bathing’), where I can just let the world be and focus on my own spirit for as long as I need to. Nakamura uses acoustic instruments like guitars and piano sparingly, but always at the right moment to complement his minimal but far from austere electronica. A soft smile forms itself on my face as I write this; I realize that this record has become a small, but significant part of my life.

Other highlights include “Tiger Lily”, “Telescope”, and “Montage”. Honestly, though, this isn’t about picking favorites, because how could I when all these beautiful treasures contribute to a greater whole that’s so deeply affecting? Take away any of these tracks and it would instantly feel like something’s missing, at least once you’ve heard the entire record. And as the last moments of “Eucalyptus” ring out, I feel as though I laid my head down on a pillow of moss, only to find myself awake in my usual surroundings once again. Safe travels, Nothing Left Behind; until we meet again.

This is an album I would’ve sorely missed on my personal AOTY list had I continued to blissfully overlook it. Tomotsugu Nakamura has a unique personal touch that’s instantly recognizable within the realms of ambient music (my favorite musical realm to roam these days), so being treated to another wistful stroll through his work – especially since it came so surprisingly – is quite special to me. I will cherish Nothing Left Behind for years to come, and from now on, I will have to make sure that nothing gets left behind for real. At least not when it comes to Nakamura and his music.

The Tiva (THEティバ) – On This Planet

The Tiva (known as THEティバ in Japanese) is a spritely garage rock duo from Tokyo. Earlier this year they released their first full-length On This Planet. Crafted with song-writing prowess and an evident love for the album form, it’s a 43-minute journey that expertly navigates between soft to loud, urgent to laidback, and humorous to heartbreaking.

The grungy sound that the band is known for gets taken to fantastic new heights on “Dig a little deeper” and “Hard”. These songs are back-to-back and the transition is so seamless that it’s quite literally impossible to listen to only one of them. The rawness of the production, the guitar chords flirting with dissonant passing tones, and the sticky melodies/harmonies all work in tandem to pull your ears in and keep ‘em stuck there. Positively magnetic!

The band also further develops their post-rock side showcased on 2020 & 2021’s EPs: THE PLANET TIVA Part. 1 & 2. The opener, “Through the dark” has a folky vibe from the onset but steadily builds its weight as the song progresses. There’s a wholly unexpected drop into a massive sludgy pit and a crescendo out of it with Caspian-like grace on “fade”.

Later on the album, “Circulation” and “After the midnight” also provide a healthy dose of post-rock pleasure! The former is a shorter track that manages to fuse field-recordings with a soft catharsis, while the latter closes out the album in a breathtaking beauty the likes of Japanese Breakfast meets Sigur Rós.

Each song here is like a gem among an assortment of gems! “Alien loves you!” is out of left-field with its unearthly chord progressions, zany synth work, swinging groove, and highly infectious chorus. “Save me” is a lovely centerpiece for the album with its stripped back instrumentation and emotive vocal performance topped with a bit of wistful whistling. Then, “Ideals” picks up the energy just before the album wraps, and its distorted uptempo onslaught is reminiscent of my favorite Cloud Nothings songs.

This album is freaking rad! All twelve cuts here bring something memorable & special to the table, and all the parts come back to support the whole. It’s a balancing act at which this young duo is very adept. Just do yourself a favor and put it on at your earliest convenience. You’ll thank me later.

I came across Filmmaker this past October when I was looking for some new gothwave to sink my teeth into. I found a few suggestions that completely missed the mark, and was cautious when I queued up Latent Alters.  All of that was blasted away with what essentially became my Holy Grail of 2022.

Latent Alters is a gem. The dirty rumbling beat, with warped basslines and archaic samples and synths he uses sound like you’re wandering through an abandoned village. Everything is dark, and hazy, with blurred lines of progression when everything shifts. The shifts always make themselves known, you can see them coming from a mile away, but instead of predictability, you kind of just let it wash over and consume you. It’s cauldron warp wave, and it’s enthralling.

Needless to say, this album stole my attention away from everything else. The dark-tinged afterglow vampire nightclub (Nadja should’ve used this) vibe just absolutely attached itself to me, and just began consuming all of my listening efforts. I usually don’t venture out too far into the electronic music space. Jungle, house, trance, techno, big beat, etc. are all fine and valid as musical interests, but nothing really ever kept my attention outside of synthwave beyond a few good producers (I’m looking at you Fred again..), but something was different with Filmmaker. Something about the way he utilizes such a lurking tempo to mix dark samples over a rather warm undercurrent really just captivates listeners. It’s music to think to, to wonder to, to relax to, to drive in the dark to, to have sex to, to fuel late night conversations with, and mysteriously gives your ear a hug. You immediately feel uneasy, yet comfortable.

Usually when I find acts like this their output is always short lived. Pictureplane does amazing witch house work, but only in small doses. SALEM, for as beautiful as they have only released two albums since their inception, I remember coming across DWIG, and absolutely falling in love with “Orange Evening”, yet only to be disappointed by the lack of access to the rest of his catalog. Same thing with Cabaret Nocturne – “Blood Walk” is such an amazing track, but digging into his output bears fruitless rewards. A few EPs, some singles, and a wall of obscurity around any direction or indication that directs to additional output. It’s frustrating looking for esoteric dance music with most folks either releasing singles only, or just a small output then ghosting.

Filmmaker is, fortunately, obnoxiously prolific. Since 2018 this sorcerer has conjured up 17 full releases, with 5 landing in 2022, all of them are filled with bangers, all of it is cohesive, approachable, and interchangeable, and none of it loses your attention. It’s absolutely fascinating, especially in the digital golden age of good content creation, I’m still absolutely baffled at how on point this producer is. It has absolutely entranced me, and shoved Filmmaker to the very top of my AOTY list. Overall, since October, I’ve spent 40 hours of time listening to this shit, and I regret none of it.

That’s usually the case for anyone who lets Filmmaker sink his teeth into them. My brother in noise, Eeli and I have absolutely dominated the writer’s chat with our love for this guy, and if that’s not enough evidence, just check his comments on his Facebook. It’s littered with adoration and zealous fanfare. When people listen to Filmmaker they fucking listen to Filmmaker. However it starts out just ends in an obsession, as if it’s a plague that’s slowly taking over humanity. Its black night wonderment fills your brainspace, and gives you a lot of room to wander, or brood. It’s upbeat comfort for all the black clad weirdos out there.  Thanks for fucking me up, Filmmaker. I’m looking forward to gluttonously coming back for more until I burst in 2023.