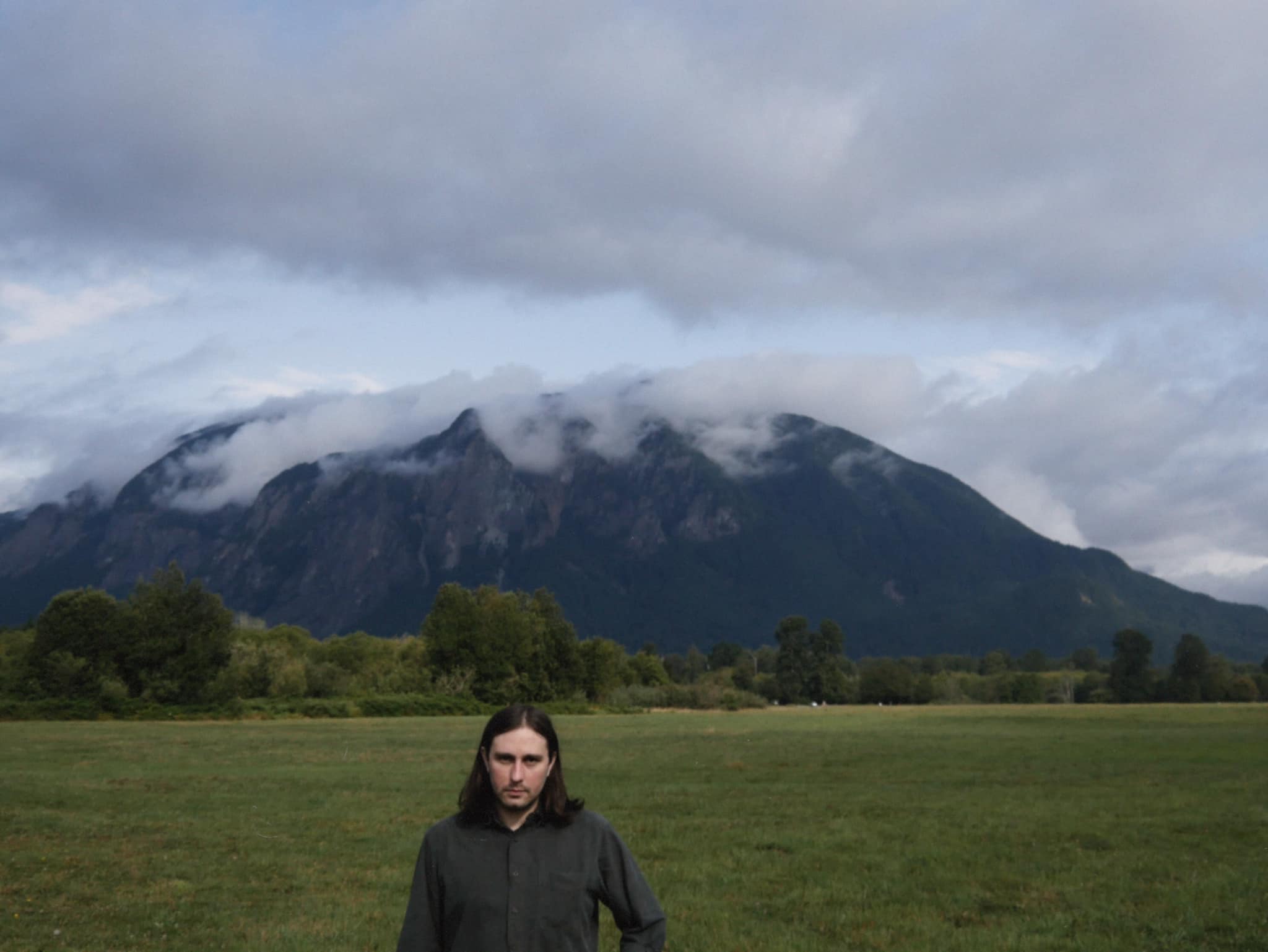 Portland-based musician Kyle Bates has been committing to his independent, lo-fi self-produced solo project Drowse since 2013. His artsy approach to this experimental shoegaze/drone pop project has blurred the lines not only in terms of musical genre, but also in music and other audio-visual mediums as well, with endless forms of processed recording loops created in various sonic forms, such as acousmatic pieces for art installations and commissioned work for a variety of music and art festivals like Roadburn. Releasing three studio albums prior to 2022, Drowse’s latest album Wane Into It continues this augmenting and wonderfully eerie musical experience.

Wane Into It opening with “Untrue in Headphones”; this track was actually released as a single prior to the album’s release and features a mesmerizing visual accompaniment with rather simplistic, yet stunning landscapes that add to the music’s nostalgically imbued undercurrent of textures. In fact, many of the songs on this album possess a quite sentimental and enthralling tone to them that pulls you into these hazy, indistinct soundscapes to listen with awe. The shimmering beauty and of songs like “Mystery Pt.2” and the adjoining “(Ashes Over the Pacific Northwest)” blend elements of brightly coloured sonic textures with a seemingly dissonant instrumentation that conveys a magical sort of curiosity.

The title track “Wane Into It” builds on this doom and gloom further. It is amplified in Bates’ dejected voice that sings about the confrontation of death; he comes from a place of anxiety, yet he is comfortable with the inevitable once he wanes into it and comes to terms with the nature of such a fate. One of the main themes throughout this album concerns the death of a family member, and so Bates really aims to construct an abstract piece of art that allows him to accept this and find peace in his own unique way. Another important theme that was flagged up when researching this album was long-distance relationships and the moving across state lines. This is well-executed in the next track “Telepresence”, which in the lyrical notes reads ‘(The sounds of my family conversing near the Truckee River)’. Bates tells a story through his soundscapes that seem eerie at first, but then, as you listen, you begin to get a sense that the artist is trying to recall distant childhood memories in a sort or retelling that allows others to reminisce about their own experiences.

As the album continues, things become more musically dense, with massive sounds filling the atmosphere. “Gabapentin” demonstrates this through these minimalistic chordal progressions that merge into a shoegaze-filled dream-sphere with strange glockenspiel and electronics; it almost blurs a line, creating a weird sort of Terry Riley – The Cure crossover. “Blue Light Glow” is more of an open letter to the current state of a technologically infused society and how such advancements in social media consumption have turned us into bitter and apathetic beings. Bates longs for a simpler time, yet we are well past this point, and an array of dissonant electronic timbres will soon remind you of this.

“Thee Faces (Cyanoacrylate)” is the penultimate track to this record and it leans back towards themes of longing, aging and distant memories in a quite crestfallen sense. The beauty of many of these tracks how at one minute it can make you apprehend a feeling of sadness and grief, as the dark textures and overcast instrumentals impose, then another minute you are welcomed with a strange sense of warmth and comfort as is highlighted through means of experimentation with a range of instruments from orchestral breaks to moody synthesisers. The final track “Ten Year Hangover/Deconstructed Mystery” has to be the darkest piece on this album possibly become of how self-referential it becomes for the artists who lyrically is telling the listener of his life leading up to Drowse and the many memories that Bates recalls along the way. Heavy drones and harsh atmospheres plague this track encompassing a state of anxiousness, as the second part to this track sees Betty Bates recount a distressing memory from her childhood of a car crash this is the artist signing off in an intimate and subtle way.

On one hand, this is a truly experimental record that sees its artist shine a light on some very deep concerns and themes, and the music has quite an avant-garde nature about it. In fact, Bates would borrow much equipment from the Centre for Contemporary Music at Mills College and the Modular Synth Studio at the California Institute of the Arts, collaborate with a variety of other musicians and acquaintances who all contributed something (musically or personally) to this record, and offer tracks as part of wider art installations and exhibitions. On the other hand, however, there is a very sincere and genuine interpretation to this record, where Bates’ bedroom production stays true to its personal narrative. Drowse therefore bridges the gap between well thought-out artistry and true commitment to personal audience engagement.