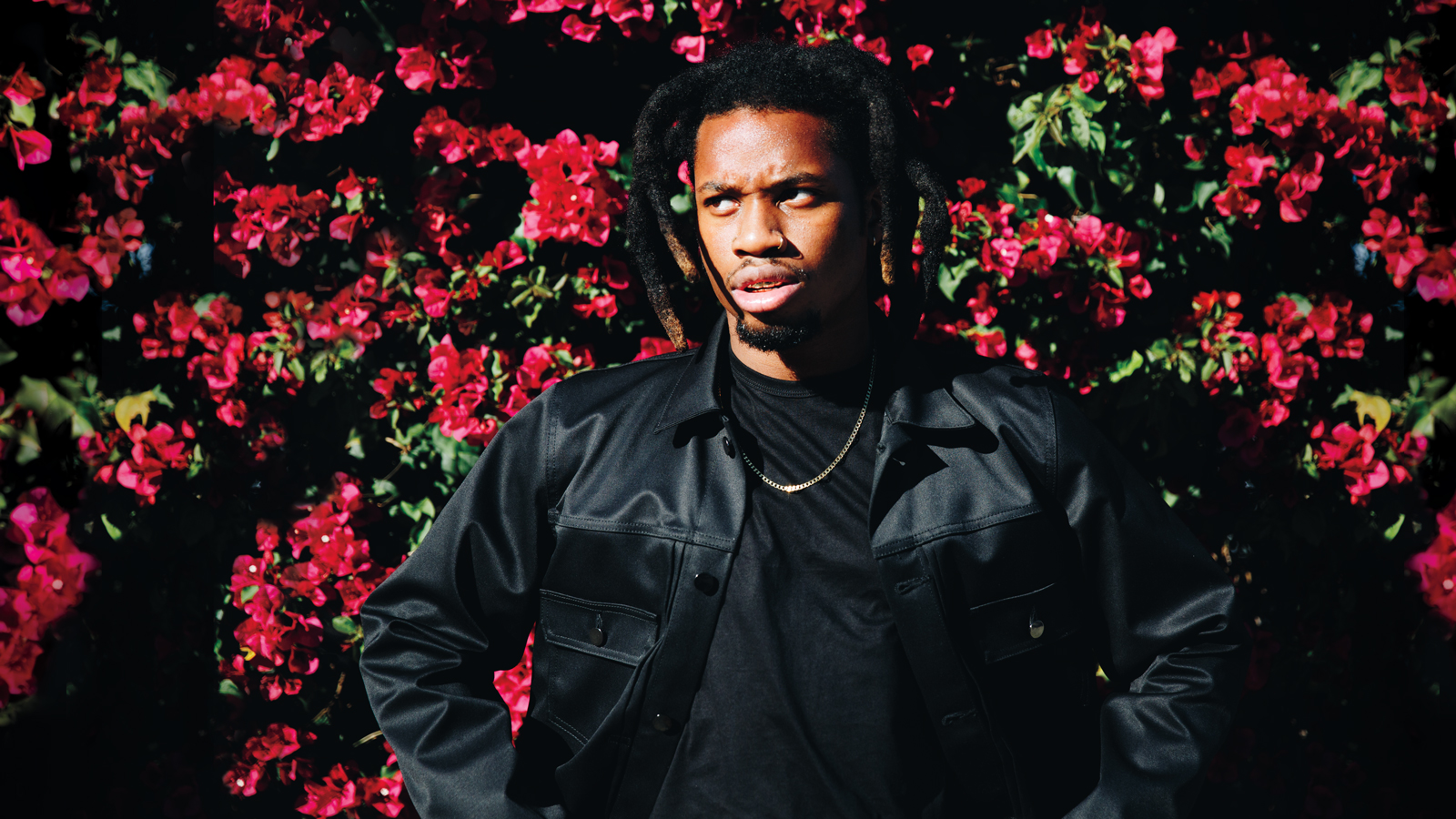 By David RodriguezJune 9, 2019 No Comments

Denzel Curry comes correct and harder than ever with ZUU. The only thing larger than his personality or production choice is the city of Miami this album celebrates.

Denzel Curry is back, and so soon! TA13OO just dropped not even ten full months ago. Now we’re faced with ZUU, a love letter to Miami where Curry is from. The region is undergoing a bit of a renaissance and has been for years, but was always an underrated bastion of unique music with some real heart. Curry is unequivocally at the forefront of it all, impressing us since his Imperial tape in 2016. Me and Jake have been enthralled with this album ever since the first single “RICKY” dropped so I figured we’d both tag team this review. What do we think of it? Well…

Let me just get this out the way up front: yooooooooooooo, I love this album! People been comparing ZUU to The Chronic and, sure, okay, but I think it has a lot more in common with Vince Staples‘ FM! from last year. They both provide snapshots of city life, showing the persistence required of its inhabitants, most of them ride or die and happy to rep their home, while contending with that city’s violent, torrid reality.

Being a tour guide/hood historian/inhabitant of a place like Miami-Dade County means coming face-to-face with its history of cartels, drug money, corruption, mass murder, and more. Miami as a city wouldn’t exist without the cocaine wars it experienced in the 70s and 80s. It’s what gives the violence in ZUU more meaning. Curry‘s reference of people getting killed through the peephole of their doors in “SPEEDBOAT” is frighteningly real, just an example of what paralyzed the city for years during the reign of drug lords like Pablo Escobar and Griselda Blanco.

Dang, can’t believe I’ve gone this far without talking about the music itself. Well, to match these hardened, bloody tales of Miami, past and present, Denzel selects a diverse grip of beats that all have one commonality: they all slap. From the first beat drop on the title track to the fuzzy wall of bass on the final cut, the production is perfectly aggressive. He also really diversifies his flows, seemingly gliding over any and every beat he comes up against and creating some genuinely catchy vocal melodies in the process. He’s come a long way since his rapid fire flows on Imperial.

“WISH” is 90-plus degrees of Florida heat, synths sparkling in the mix and throwing back a bit to neon-soaked pop that would be more apt at soundtracking a beachfront nightclub romp. The bass stomps holes in your speakers while Denzel speaks on how he reps Carol City. Then we get “RICKY”. Damn, this song slays. The lead single is one of the best tracks I’ve heard this year. The production is real snappy, imbued with some classic flair. Named after his father, Curry reflects on some familial advice given to him when he was young. He drops some great lines about his comeup with Rvidxr Klvn (Raider Klan):

‘That was back in Carol City, yeah, when I was just a jit
With the all-black, faded Dickie with the Raider fit
That was it, we was lit, y’all wasn’t even shit yet
We was Three 6, Wu-Tang mixed with Dipset‘

This is the kind of stuff you play in your car when you get a sound system upgrade and you want to test it out. Same goes for “CAROLMART” which is a masterfully crafted ode to Southern hip-hop. The beat bounces hard and has a real grimey feel to it with some more five-star lines (‘Stay away from a roach ’cause they raidin’ the trap‘ alone is an impressive triple entendre). If you’re looking for something to dance to, then you’ll want to blare “SHAKE 88”. It’s a strip club anthem with emphasis on throwing racks at ladies (support sex workers, y’all!). It has probably the fastest pace on the whole album and is the first track of its kind from Denzel. Not a bad attempt because it’s an ass shaker.

To wrap things up, “P.A.T.” has the experimental brutality of the scene’s rambunctious SoundCloud origins – longtime fans of Rvidxr Klvn will be tickled. PlayThatBoiZay joins Curry (who flows like Project Pat on the hook) to bark on the track with some real quotables (‘All black, sticks out like I’m Voldemort‘; ‘Beef is a wad of meat, bitch, this ain’t Aqua Teen’. This is real ugly fight music, giving ZUU an impenetrable skin all around and going out with more bangs than a drum magazine would provide.

From the classically-styled album cover, to every feature, to the soul of the music itself, ZUU is Miami to the core. We get the granular intimacy that personifies the city (“YOO”; “BLACKLAND 66.6”) as well as the broad strokes that color the impressions we as outsiders may have about it that both uphold and break stereotypes. It’s hard to not oversell what Denzel Curry has achieved here. It’s surely not for everyone, but it has everything needed to be a watershed hip-hop album. Personality, bars, flows, production; everything is top notch. On top of that, it shows wonderful progression for Denzel, and not even a full year since his last amazing project. It’s also hard-bodied and fierce which always will win points with me personally. ZUU is wild, something to look back on like we do other albums in the pantheon of rap. I’m not saying it’s an instant classic, but I’m saying it could be in time.

I picked a good time to upgrade my headphones. There’s nothing quite like a bass-heavy hip-hop record to validate the increase in fidelity. After coming off of the recent Injury Reserve album, I’ve been in quite the mood for quality rap songs and Denzel Curry unequivocally delivers this on ZUU. I came online to his brilliance with last year’s TA1300 and I found his artistic prowess something that really resonated with me. Well, I didn’t have to wait long for a follow-up! After hearing “RICKY” and “SPEEDBOAT” I was like ‘Damn, is he gonna do this again?’ Then I listened to these two tracks about 100 more times and convinced myself that he was indeed going to do it again.

If there’s one thing that I love in my hip-hop, it’s a big production. The somewhat grandiose records of Big K.R.I.T. and OutKast can get my hype in no time and ZUU does this in spades. Overstating just how great the production of this album is may be impossible. The bass is strong, the vocals are sharp, and each little element just cracks and sizzles giving this album enough energy to power the greater Miami-Dade area. The groovy intro to “WISH” along with the synth keys and the melodious vocal lines from both Curry and Kiddo Marv make this one of the early standouts. This thing feels like neon and cigarette boats. As David stated above, ZUU is a tribute/love letter/cautionary tale about ‘the 305’ and this track just hits the mood perfectly.

The American South is also represented here both directly and indirectly on the album but especially on “BIRDZ” featuring Rick Ross. The line ‘Don’t start none/won’t be none’ is actually something that I’ve heard my whole life down here. While there are many trappings around Southern culture that I wish would just die already, this idiom is more than welcome to stick around. Memphis native Tay Keith continues the Southern influence on “AUTOMATIC” where the playful colloquialisms continue with lines like ‘Word around town you licked like a stamp…’ and the simple-yet-catchy keys that underpin most of the track just seal it as one of my favorites.

It became noticeable to me that the album was getting heavier as things moved toward the conclusion. “CAROLMART” starts the descent and “P.A.T” wraps things up with one of the grimiest tracks Curry has done on his solo records. It goes off the rails! The experimental vibe is something that I really enjoyed aesthetically and I love seeing and hearing this type of experimentation on a major, mainstream release.

Curry’s diversity of flows, the conservative yet astute use of features, the genuinely fun interludes, and that massive-ass production really made this a memorable journey. ZUU will end up being one of the biggest hip-hop releases of the year for me and has a shot and ending up as one of my favorite albums of the year. Every part of this thing just feels alive. For now, let me play “RICKY” on repeat until I deplete the battery in these headphones.