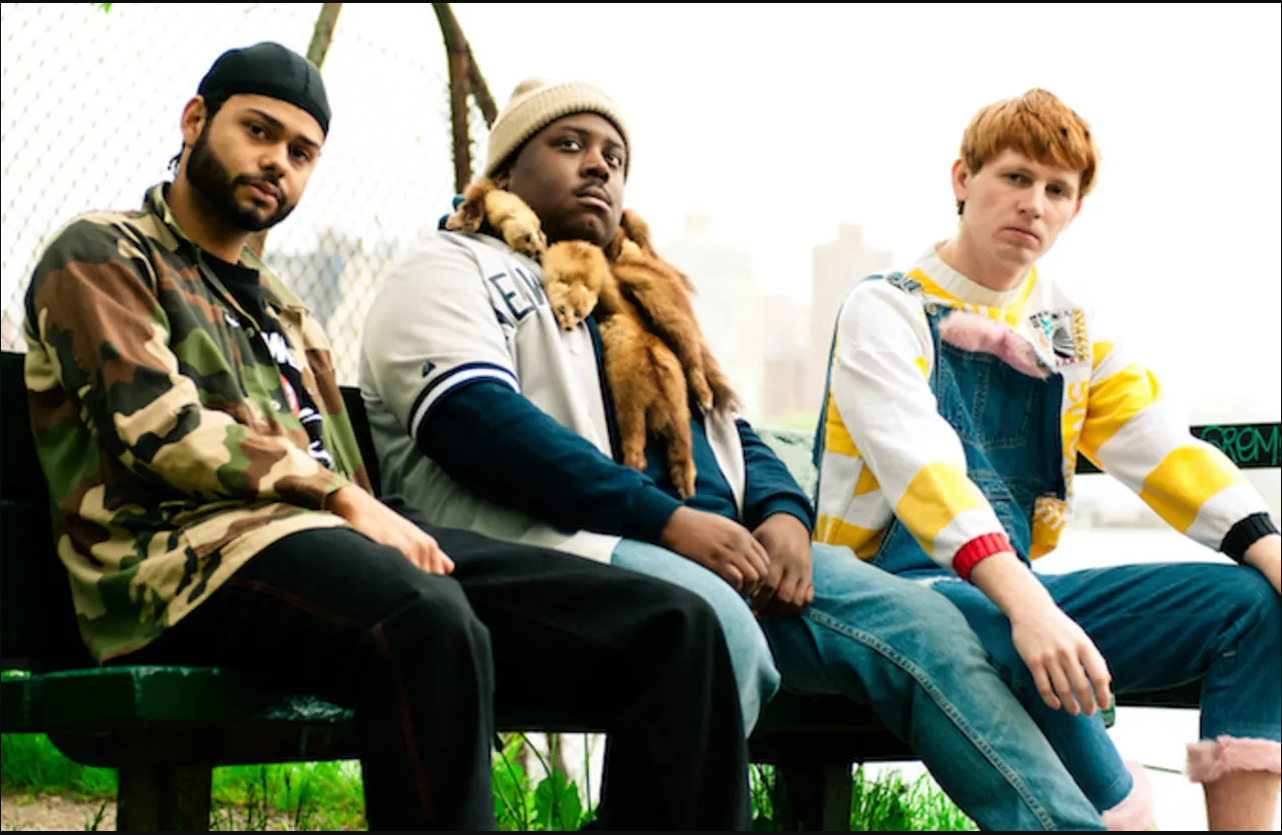 Injury Reserve need the proverbial hip-hop torch passed to them as they’ve made good on their promise to impress with their subtly experimental, witty self-titled debut.

Injury Reserve is a name you may have heard before, but if not, I can assure you it’ll be one you hear more of in the future. This Phoenix hip-hop trio specializes in a very specific hip-hop that’s as much for the art crowd as it is for the rabble rousers among us. A once-great rapper might refer to it as ‘sophisticated ignorance‘. In 2016, Ritchie With a T enthusiastically asked us if we want some more hits in the hook of “Oh Shit!!!“, one of the hardest joints I heard that year. With their self-titled debut album, Injury Reserve continue delivering with what will surely be one of the best hip-hop albums of the year.

Ritchie, along with fellow rapper Stepa J Groggs and producer Parker Corey, have low-key been a shot of adrenaline behind the ear of the genre with their unorthodox, forward-thinking approach without sacrificing any character or wit. Parker’s production deftly navigates off-kilter fragility, trunk-knocking harshness, and pretty much any plane of sonic existence in between that you would expect out of modern hip-hop – just done differently. Ritchie and Stepa carry unique voices that always remain distinct from one another and rap their asses off in any situation. To understand the group dynamic and tone, let’s examine a track from the album.

“Rap Song Tutorial” is way more charming than it has any right to be for an interlude. It’s a cheeky and superbly meta step-by-step process of making a rap song narrated by a sterile feminine robotic voice, letting us hear each element of the beat form (my favorite is the skittering hi-hat in the drums) and how it meshes with Ritchie’s piecemealed, relaxed, and confident verse. This experimental ‘song’ alone shows what kind of personality the trio has. They’re able to weave subtle tonal humor and playfulness into otherwise braggadocious posturing that always feels more fact than fiction regardless of how hyperbolic it seems: ‘The way I walk around, you think I invented time‘. It’s about as close as we’ll get to seeing another Rhythm Roulette episode with Parker.

I guess this is a good way to segue into “Jailbreak the Tesla” which is another highlight on the album with a similar tone. Accented by a “Tokyo Drift” percussion sample, either squealing tires or a car alarm chirp, and skull-vibrating bass, the song has what I call anti-bragging: taking a popular topic of bragging like owning a fire-ass car, but flipping it in a subversive manner. Injury Reserve aren’t swayed by the Bentleys or ‘Raris of the world, it’s all about having a ride you can hack as Ritchie puts it. Raised by the internet, indeed. This is a sentiment repeated in “Jawbreaker” which is as much a biting critique of the fashion and hypebeast crowd (complete with little shiners like ‘You a cool guy in all black, on some Anakin shit‘) as it is a declaration of superior swag (like I said, anti-bragging). Even Rico Nasty (underrated!) comes through to stunt with a solid verse.

Injury Reserve aren’t all slappers and irreverence; they’re quite capable of being reflective and introspective, grounded even. On “What a Year It’s Been”, Stepa relents from a self-destructive lifestyle that may have cost him everything:

‘Was drinkin’ hella heavy, had no self-control
Started doubtin’ myself, had no motivation
Liquor and depression is a bad combination‘

During Stepa’s verse, the production is muted and calm, almost eerie. Likewise, Ritchie says his piece, telling what it is for him to pursue a dream, for better or worse. The beat ramps up a lot with splashy drums and a heightened pace as Ritchie goes on which gives the whole thing a triumphant feel. It’s like the trio is saying ‘what a year it’s been, but we made it, and now we’re here’. It’s a nice and genuine moment, the likes of which we’ve seen before on their previous project with “North Pole”, but this is a nice progression. If you’re a fan of this side of Injury Reserve, you’d do best to also check out “Best Spot in the House” which references those in the lives of Stepa and Ritchie who passed on entirely too soon.

The biggest triumph of Injury Reserve – in general, but also with this particular album – is how well they straddle all different realms of hip-hop. The group has an experimental edge, but they also carry themselves with an approachable ease. I mentally draw comparisons to Run The Jewels, particularly their first album, which similarly occupied that lane before becoming more mainline with subsequent releases. Injury Reserve have yet to relent any one side of their sound, placing a death grip on the safety bar that keeps them locked into the shifting, wild roller coaster of indie rap supremacy. My only real substantial complaint with this album is that JPEGMAFIA didn’t throw down a verse, instead opting to build an intro and outro for “GTFU” made from hypeman DNA and abrasive vocal effects. It works, and while this just may be another exercise in the all involved defying expectations, I just love when Peggy hops on an actual verse as he usually kills it. At least Freddie Gibbs came through with some cool flow on “Wax On”.

When all is said and done, I was right to herald Injury Reserve as the next best thing in rap years ago. Sounds like marketing schlock, but when the music is this good, all your proclamations of ‘you need to check them out!’ and ‘these guys, they’re going somewhere’ seem validated in a scene where everyone’s trying to get put on one way or another. The trio are exuberant on their self-titled album, showing an infectious, almost contradictory mix of enterprising spirit and familiarity that’s downright disarming. Deliver it all with some brevity to ensure it doesn’t wear its welcome out and you have a recipe for preeminence that could one day be traced back to once hip-hop starts taking notes.