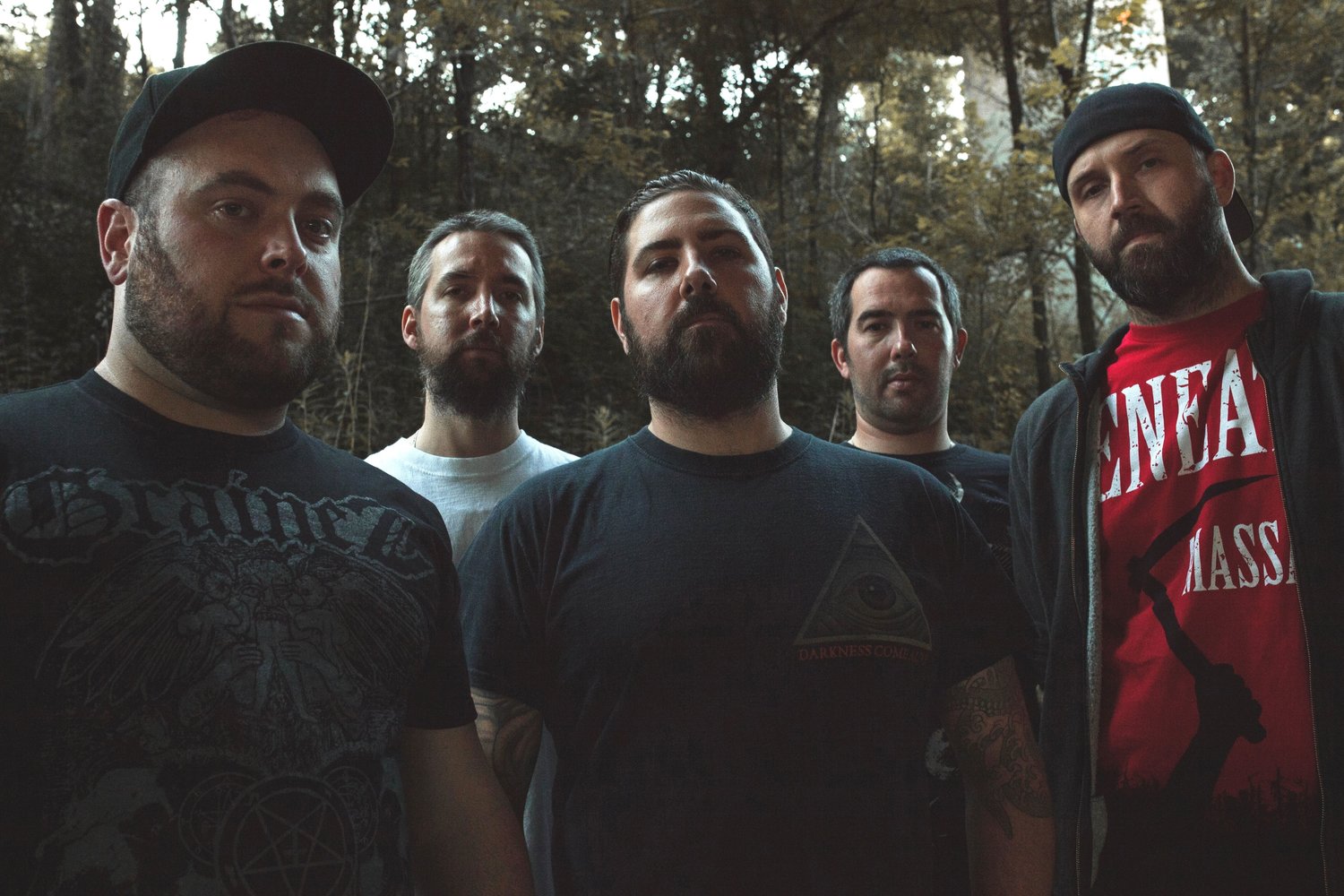 A SCENE IN RETROSPECT: Ion Dissonance – “Minus The Herd”

Some bands just never get the recognition they merit, despite consistently grinding away in the background for years, even decades. Ion Dissonance from Montréal, Québec, Canada are on of those groups of unsung underground heroes. Formed in 2001, the five-piece have significantly shaped the sound of death- and mathcore over the course of five brutal, technical releases, all without ever reaping the true rewards of what they sowed. Today, we will try to shed a bit more light on Ion Dissonance outside of their core scene and fanbase by discussing what we consider to be their finest record to date: 2007’s Minus The Herd; below you will find what staff writers Rodney, Ashley, and Robert think about it. Please enjoy!

First off, I’d like to say that this is one of their stylistic turning points, swapping some of the grind elements for deathcore influences and a more riff-reliant approach. That’s not to say brutality has been sacrificed for groove, but rather that it was exchanged for heaviness and groove. The end result is a far more moshable and headbangable record than the first two albums. Even though 8-strings would be only added on their next record, I must say there’s plenty of punch to be packed here.

Of course the technical approach of this dizzying mathy deathcore sprinkled with proggy flakes, which is now their hallmark timbre, had its first incarnation right on this album. It also features a much crisper production value, with more emphasis on fidelity. That is quite a welcome change and a big plus in my book.

This is also one of their shortest records, clocking in at just increments over half an hour, but fret not, for it showcases all the strengths of the band with virtually no weak spots whatsoever. I’m really happy to say that his statement applies to their future records as well; unfortunately, it’s been a while since we’ve had fresh material from the band. I for one am just glad we have this trove of churning sounds as it is, although I’m hoping we will hear more from them.

Minus The Herd represents that golden age of not quite fully formed low-end djent-y metal, where everything was a little bit rougher and nastier than the super-slick tech revolution of 2010-onward (not that this particular band ever stopped being rough and nasty). In 2007, Ion Dissonance gave us a very honest display of technically adept metal which, in retrospect, nestles nicely in the middle of two heavy musical movements. It took, without shame, many of the groove-driven hallmarks of 90’s and early 00’s metal, and fused them with an eager gaze towards metal’s mechanised, polyrhythmic road to the future.

A lot like bands such as Gojira and Ion Dissonance made sure to work fully and wholeheartedly with what they had. They did not over-sprinkle their arrangements. Instead, they took a handful of reliable traits and used them to maximum effect – the recurring sounds of snarling pick-scrapes and klaxxon leads were the only superfluous elements needed to enunciate the reliably crushing rhythm section which dominated the band’s identity. The punchy, teeth-rattling songs on this album were tight, charismatic and also brutally straight to the point; the vocals were equally consistent and relentless. Everything was locked in, ready to destroy and had no intention of stopping for a sandwich along the way.

Minus The Herd is a kind of fly-by heavy experience, weighing in at only 33 minutes long. But it packs such a pelt, that any longer may have been too long. With only the 90-second, humbly industrial, interlude as respite, the record served and still does serve as a reassuringly uncompromised burst of teeth-grinding energy. It hits, keeps on hitting and then hits some more, giving no sign if tiring along the way.

It has been a long time since my last spin of Minus The Herd, but I still remember watching the music video for “Kneel” the very first time. Even though the music video is probably one of the most chaotic ones out there, I was overwhelmed by its energy, its madness and chaos, and of course the unbelievable heaviness of the music.

When Minus The Herd begins, it instantly smashes in and makes me want to break something down. Twelve years after its release, the sound of this album is still on point and delivers the necessary ‘punch in the face’ feeling that most of Ion Dissonance‘s breaks pack. Although the music on Minus The Herd has this extraordinary heavy and brutal aspect to it, there are still some melodies going on amidst the riffing.

The way the band incorporated the vocals is another selling point to this record. Their phrasing perfectly fits within the rhythmic structures and underlines them with even more power and expression. “Through Evidence” has one of the catchiest breaks, with a dissonant guitar pattern over it. It has a lot of drive, and the individual parts feel so incredibly coherent, even if the music sometimes seems to be chaotic.

When listening to bands like Frontierer, I’m always reminded of Ion Dissonance. This comparison also comes to mind due to “Untitled”, a 1:30 minutes-long song that basically only features ambiance and some weird drum’n’bass-y drumming. The following „Void Of Conscience“ is probably one of the darkest, most death metal-influenced, and most Meshuggah-esque tracks on the whole record. It might sound obvious, but their dissonant side is definitely something that makes Ion Dissonance sound unique, and may have influenced many bands within the realms of deathcore and death metal, as well as the entire math metal scene. Had a bad day and want to destroy everything? Go with Minus The Herd, it will do the trick!

That’s all for now, I’m afraid! What are your thoughts on/experiences with this band and album? Are there any releases you’d like to see included in this particular feature? Leave it all in the comments!

Hopefully I’ll see you all back here again in fourteen days for another riveting throwback article! I can already tell you that we’ll be covering one of the staples of my teenage years, so look forward to that! Until then, though, stay safe out there, and as always…