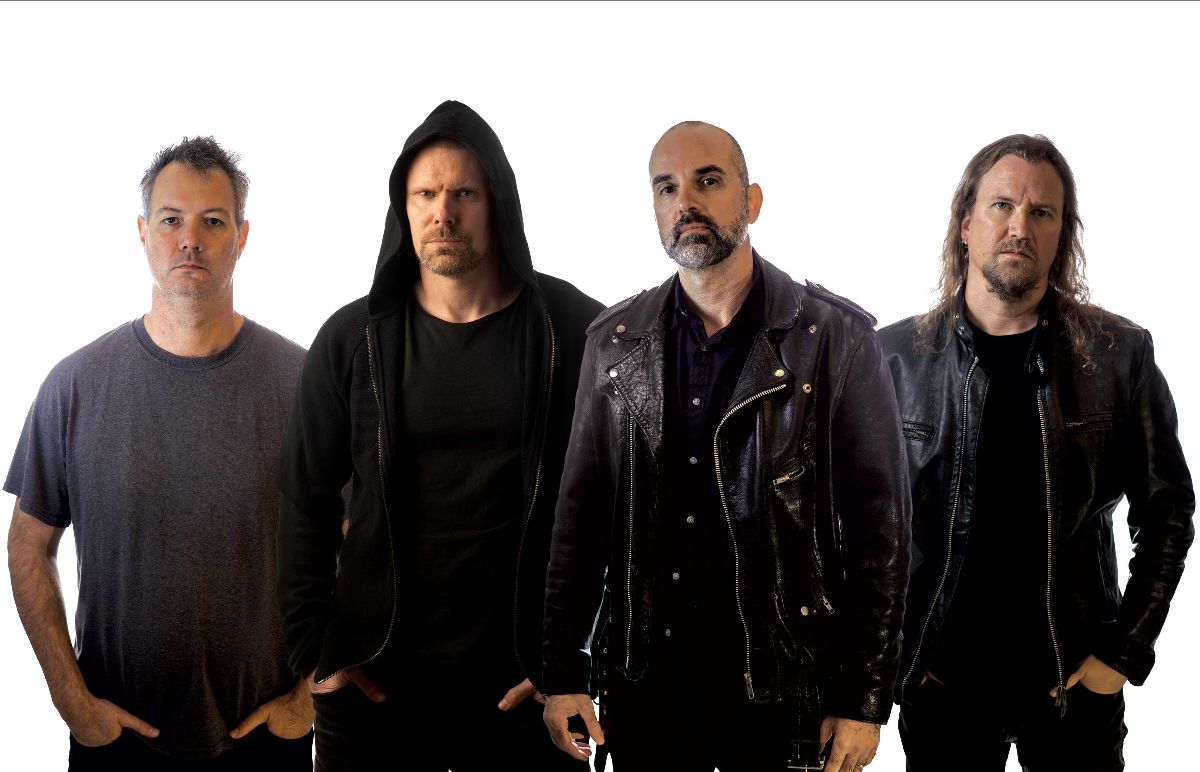 By Carlos Vélez-CancelFebruary 25, 2021 No Comments

Fend for yourself in psychological warfare with Culted‘s third full-length Nous, an abrasive display of black metal, doom, and industrial tailored to release the most repressed of thoughts.

When it comes to extreme metal, there is kvlt and then there is cult. If you are one to roam within the metal circles, then you are well aware of the former. It is a term for bands that encompass the gritty, wintery soundscapes of underground black metal, coupled with an impassioned interest in topics such as paganism and the occult, in DIY production and overall ethics, and in over-the-top live performances. Needless to say, such a term has strayed towards being parodic rather than being a legitimate identifier. ‘Then, what of the word cult?’ You might ask. Well, look no further than Culted’s Nous, an interesting proposal of black metal, doom metal, and industrial that aims to shatter the current schools of thought through pure, unfiltered Freudian id.

Now, let me not get ahead of myself there, as Nous certainly has some qualities considered to be kvlt material, at least musically. The filthy and grimy production – coupled with riffs and whispery grunts that forebode a lurking shadow that is more sinister than meets the eye – channel the brooding, borderline apocalyptic tones bands that identify as such try to emulate. This is where the comparisons end, however, for Culted offer a more in-depth exploration of the darkest crevices of the human mind and its urges towards critical thought. Here, perceived degeneracy is but a means to fulfil a change in mental and social paradigm.

The record is laid out like a stream of consciousness desperate to channel outward, pulsating between moments of calculated calmness and bursts of relentless aggression. Even the more straightforward tracks, such as “Lifers”, gravitate towards this motion, lulling you into a brooding trance in preparation for a release through the crushing and mechanical riffage. Speaking of which: do not expect for this band to be flashy with their instruments on this record, oh no. The strength of Nous precisely lies in the atmosphere building which, come to think of it, is almost primal-like. They sacrifice embellishing for depicting human instinct in its musical equivalent, establishing a mood that would surely unsettle many, in the same vein as sitting with your thoughts for too long.

Their blend of black, doom, and industrial really elevates the dread and frustration emanating from Nous. Even the progression of the record plunges you into claustrophobic lairs, forcing you to consider all the corrupt and vile social happenstances looming about, only to ignore all filters and practically unleash hell. From the simplistic and ruminative opener, “Lowest Class”, you are introduced to this solid, aforementioned blend of extreme subgenres, until the abrasiveness from the fourth track, “Ankle Deep”, showers you with aggravating discordance. From that point on, the record maintains this very sound, though amplified much further, exemplified in tracks such as the harrowing nightmare that is “Crown of Lies” and the climactic closer, “The Grid”. Culted make sure that, once you are in for your first listen, you have no way to escape from their clutches.

‘Burn the temple, a new dawn will fade
The pillars of Saturn will falter
Crumble beneath the flame
Walking through fire, Phoenix reborn
Through the ashes of world, we usurp the throne’

These lines, from the lyrics of “Black Bird”, summarize the untethered modus operandi of Nous. Culted have invited us to their nascent cult, formed from the ills of societal norms and vengeful self-discovery as a result of them. Immersing yourself in this record is truly psychological warfare; the crude quality to both lyrics and music depicts the degradation of mind and morale in a way that is perturbing, to say the least. Hence, this is not an easy listen whatsoever. Yet, there is that something that makes you want to come back for more. You can’t help but continue trudging through the record’s soundscapes unabashed, without flinching. And just like that, you are in. Welcome to the cult.