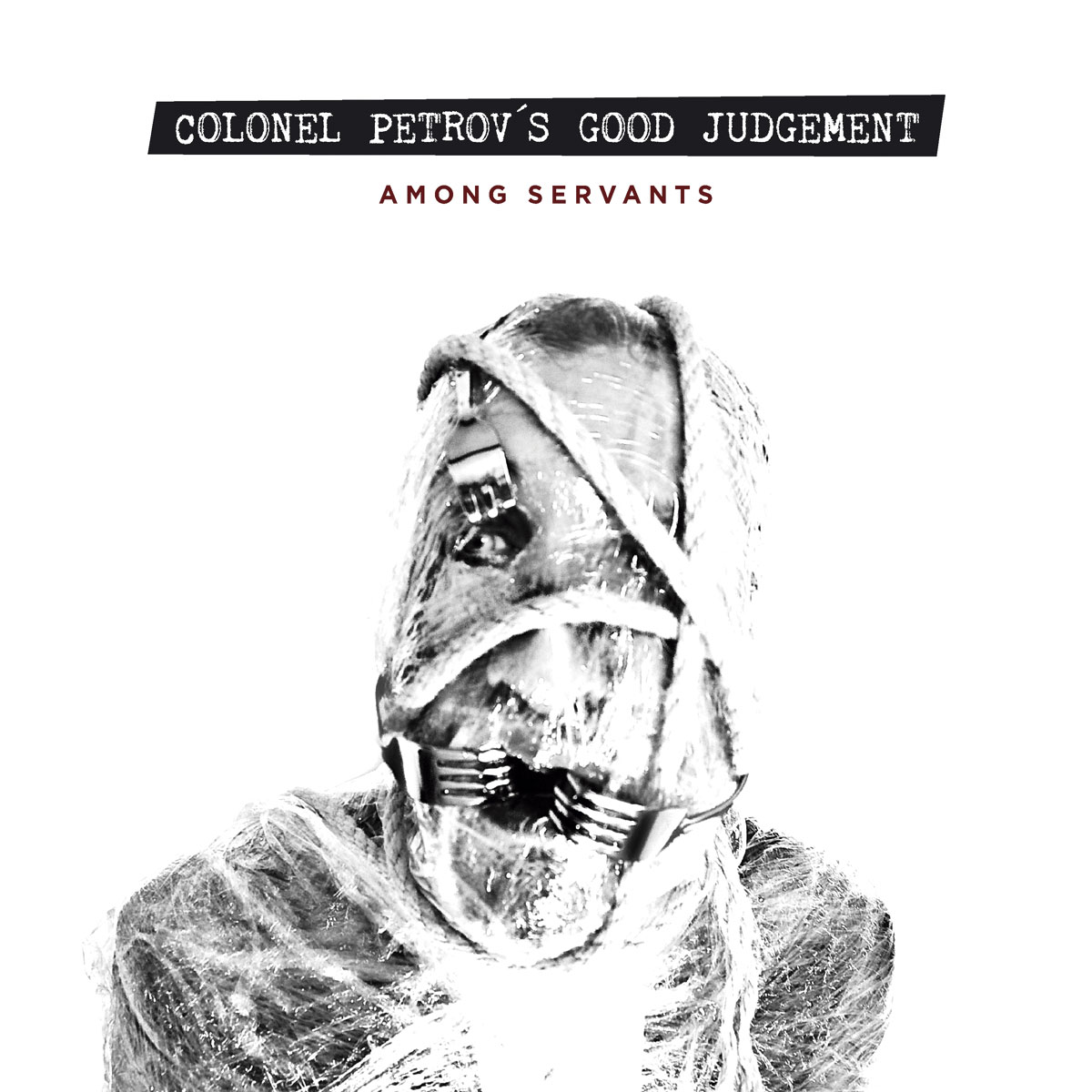 By David RodriguezSeptember 29, 2018 No Comments

Colonel Petrov’s Good Judgement do what they want in the name of art. Their interpretation of prog rock, jazz, and noise delights on Among Servants, but you need a high tolerance for repetition to enjoy.

Some artists are perfectly comfortable in their bubbles, utilizing what they know works and tweaking their formula to attract new people on the way and keep things fresh. Whether for fun or in pursuit of money, this is how most bands operate, more or less.

They don’t really care about conventions and want to tear the rulebook in half in their search for twisting the rock genre until it’s nigh unrecognizable. They break the music down to its elements, shift them a couple notches down from each other and reassemble them into a hydra of progressive rock, jazz, and experimental music. A lot of it is cool, interesting stuff;  some of it admittedly eludes me.

I like music that dares to be different, but when it comes down to it, I’m a big proponent of melody and catchiness. Any efforts to invoke these tenants of music will likely not go unnoticed with me. More often than not, Colonel Petrov eschews this approach and much more. Just listen to the stuttering rhythms that lead the album off. Up-down guitar riffs track like the binary of a light switch, using repetition to break you down before filling your husk with wild time signatures, unchained saxophone lines, and a couple other eccentricities.  This dynamic is captured perfectly in two songs on opposite ends of the spectrum of weird.

“Bad Shepherd” is like watching someone slip on a banana peel and fall down stairs for five minutes with its descending guitar structures and sustained moaning vocals that whistle toward the ground. The throat singing in the intro is a nice touch that gives it some texture. At the end of the track, harsh vocals boil from below while drums and guitars progress into contortions of their former selves. It sounds more like a slow-motion de-evolution of the riffs.

A song like “Providers”, however, has shiny moments of melody that entertain and bring the music back down to earth after “Fire and Fury (The Poetry of War)” and “Resistor” inflated it with enough off-kilter helium to bump it up against the International Space Station.* There’s a similar feeling in the title track, which has the heart of a punk record at times. Cathartic, yelled vocals and quick rhythms ape those found in 80s rebellion songs. All of the songs I just referred to are high points on the album, but it the record isn’t all positive.

I’ll be honest, one of the barriers to me enjoying this album as much as I might otherwise is those repetitive melodies I talked about earlier. The staggered up-down ones played by the guitars are present on nearly every song and, while they get neat alterations like in “Burning Straw”, it still feels like playing off of the same melodic skeleton. Maybe there’s a thematic purpose to this that escapes me, but if we’re talking raw enjoyment of a record (and that’s really how I approach any review), it’s a sizable knock against Among Servants.

It sounds silly to say, but Colonel Petrov might be a little too weird for me. I enjoy it, believe me; I hope that’s adequately come across throughout this review. I appreciate its challenging approach to progressive rock conventions, incorporation of jazz intricacies, and uncaring attitude for normalcy. If you’re a fan of the noisier side of rock, don’t mind repetition, and want something to keep you on your toes, use your good judgment and check out Among Servants.

*I know helium doesn’t typically work like that in space, but if I have to suspend disbelief to listen to weird avant-garde rock, so can you, the reader, for my equally weird and flippant interpretation of physics.