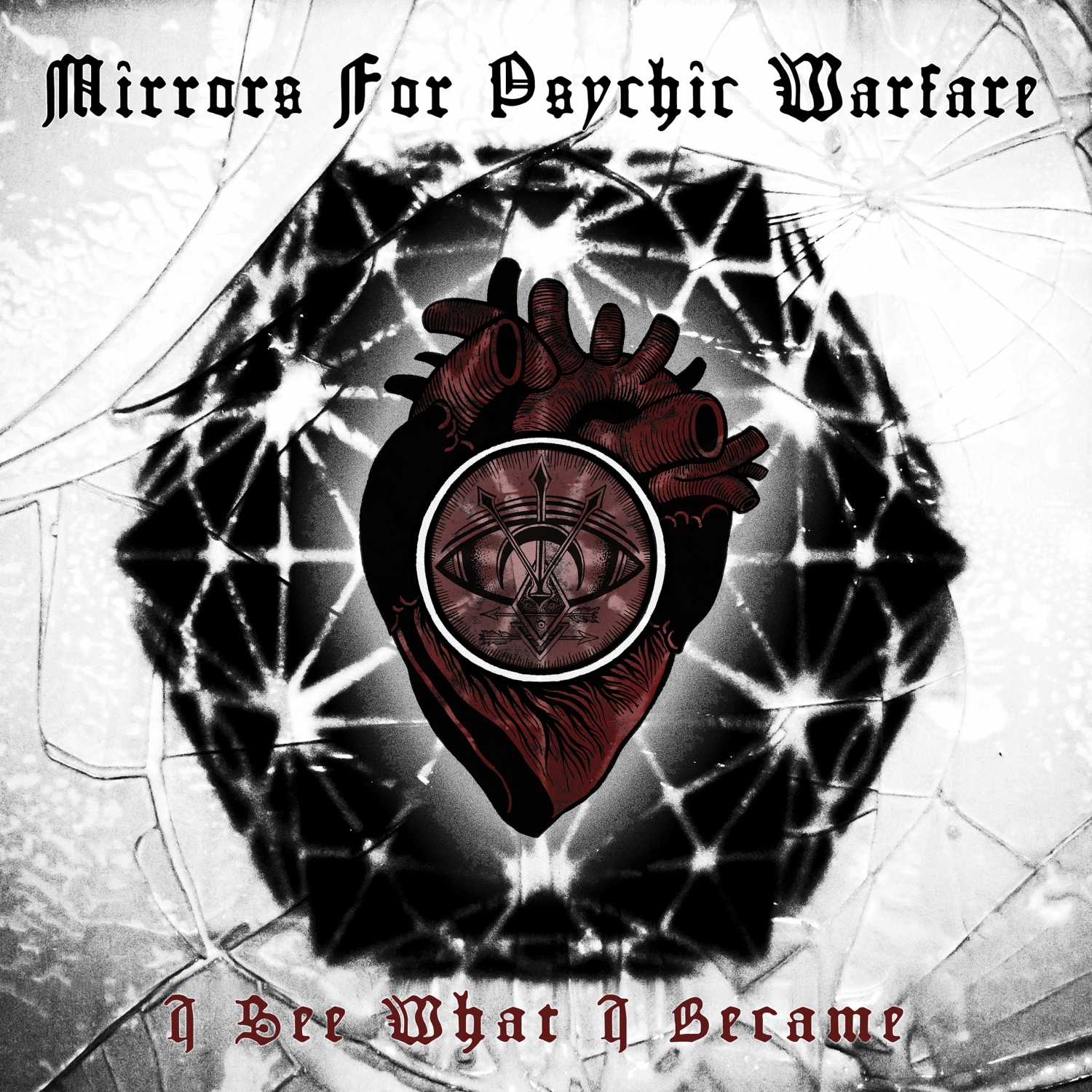 Mirrors For Psychic Warfare – “I See What I Became”

By Ashley JacobSeptember 29, 2018 No Comments

Industrial sludge is maybe the best way to describe this record – although it makes me wonder if ‘Sludge-step’ will one day become a thing. Intelligent bands are coming out with new ways to make the fusion between electronic and rock/metal a lot more molecular. The respective genres have their separate nuances, but maybe they are closer bedfellows than most people would acknowledge them for. With the appropriate level of grit and engineering, live and programmed instruments can operate within the same context. And Mirrors For Psychic Warfare are one outfit able to prove it.

They also have some particular track-experience in the field of fearless experimentation, as the Mirrors For Psychic Warfare duo consists of Neurosis’ bassist/vocalist Scott Kelly, and Corrections House bandmate Sanford Parker. Emotionally, it’s in a very similar vein to those two bands, albeit with a little more cybernetic clunk.

There is also a high chance that Mirrors For Psychic Warfare do not want their sound to be pigeon-holed in any kind of genre description. They clearly know exactly what they want out of their music, and they have the technical ingenuity to harness it. The irony with I See What I Became is that it’s a tough record to describe, yet at the same time, it sounds incredibly natural.

The album’s subterranean and not at all light-hearted delivery makes us almost forget about the components that comprise it. By all rights it sounds like a doom or sludge record. But listen again! Those drone guitars are aligned with programmed percussion. The fuzzy shimmer of noise shadowing each song is not an accidental offshoot, but something very carefully engineered. The industrial soundscapes and samples which are dotted throughout the album tend to serve as intros and interludes, setting the tone and reminding listeners of the sinister world they inhabit, but never drowning out the integrity of the songs in between.

I See What I Became also prides itself on its consistency. The mood by which the record enters is also pretty much the one it leaves by. Likewise, the tempo is largely the same throughout, though the differing drum sounds help to maintain an air of variety. The vocals are also borne of a singular tone, and the menacing nature of the lyrics seem thematically bound across each song, as though I see What I Became is in fact one musical progression, with fleeting pauses in between.

But the intensity of songs like “Body Ash”, “Thing of Knives” and “Crooked Teeth” really bring the experience to life. One may often feel like they are braving the hellish metallic chasms of a level from Doom, or revisiting the archives of 1990’s more foreboding deliveries of industrial music. Acquired taste? Yes! Half-hearted? Hell no!

The premise of I See What I Became is relatively simple, but the delivery is masterful. It does indeed take some patience, as the brooding and subtle nature of each song requires the listener to pay full attention. But those with a fondness for experimental, industrial and sludge need only to find themselves a quiet moment to strap in and soak up the dark pleasantries which Mirrors For Psychic Warfare have been bold enough to create. It’s an experience few would have the understanding to try and clone, making I See What I Became a true one of a kind.