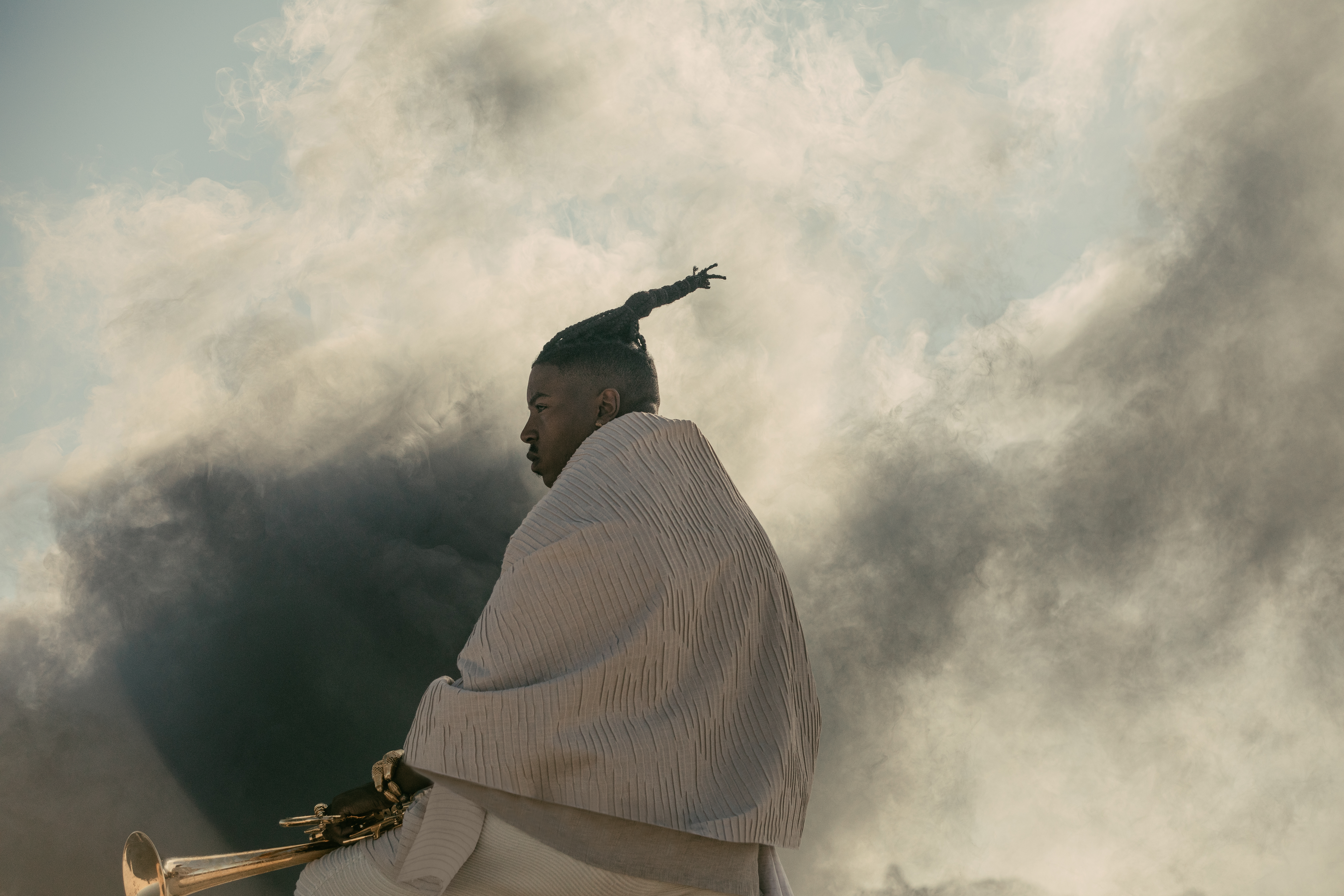 With Ancestral Recall, Christian Scott aTunde Adjuah further ensures that coming generations will remember him as one of the premiere (jazz) musicians and sonic architects of our time.

Themes of social upheaval are currently dominating the musical zeitgeist, mostly through the work of musicians within the black community. This decade has seen people of color reclaiming the narrative about their identity, heritage, and (historical) struggles; especially after Kendrick Lamar released his seminal statement To Pimp a Butterfly back in 2015, this movement has gained some serious traction.

Among those groundbreaking individuals who, through their work, seek to protest societal ills like open discrimination and police brutality, while also shaping and celebrating a new black identity for the 21st century, is New Orleans native Christian Scott, who has been donning the name affix aTunde Adjuah ever since the release of his eponymous 2012 record. He adopted this affix from a Mardi Gras Indian fable about two twin princes from the ancient kingdom of Benin, who are kidnapped, separated (one is brought to Atunde, the other to – you guessed it – Adjuah), and sold to America to serve as slaves on plantations near New Orleans. The name now symbolically reunites the two princes, and in turn connects Scott to his ancestry. How fitting for a man whose grandfather was a chief of four separate tribes of black Indians.

With his new album literally being called Ancestral Recall, I couldn’t help but to draw a connection between it and the topic I touched upon in the previous paragraph, because it perfectly reflects what he and his music stand for: honoring his roots and carrying them into the future. The latter part of that sentence entails temporarily letting go of old labels like jazz that just aren’t equipped to handle the full breadth of Scott’s vision. Instead, let’s use ‘stretch music’, a term bestowed upon his music by fans and journalists alike, which fits his genre-bending aspirations like a glove. Post-rock, Indian ragas, hip hop, glitch – they all find a place under this umbrella, huddled around the obvious jazz/African foundations. 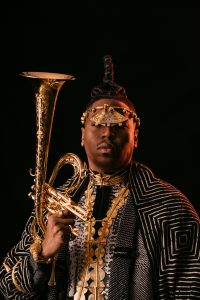 This ‘stretch’ concept has been established on 2015’ Stretch Music and refined on 2017’s Centennial Trilogy, and now it’s been trimmed into yet another gorgeous form, at times, with a little help from a few choice collaborators. On “I Own The Night”, “The Shared Stories of Rivals [KEITA]”, and the title track “Ancestral Recall”, rapper, actor, and street poet extraordinaire Saul Williams throws his eloquent commentary against a wall of pulsating, erratic tribal percussion splattered with feverish touches of horn, adds a few brief thoughts to a Latin-tinged instrumental, and soliloquizes over a grand procession of rhythm and free-flowing grandiosity, respectively. Scott’s long-time band mate Elena Pinderhughes, who has a sizable list of credentials herself, also makes an appearance, lending her flute to the slow-burning, atmospheric dream state of “Before”.

Besides his musically groundbreaking work, Scott is also a technical innovator, both regarding the instruments he plays on and the techniques he plays with. His self-designed, custom-made instruments combine, twist, and contort familiar horns like the trumpet, flügelhorn, and cornet, into such remarkable pieces of craftsmanship as the siren/ette or the reverse flügelhorn. He is also noted for (re-)popularizing the so-called ‘whisper technique’ for trumpet players, in which warm air in compressed in the diaphragm and then slowly released into the instrument, creating a very distinctive sound. You see, then, that this man is devoted to being on the cutting edge in every aspect of his artistry.

Album opener “Her Arrival” sounds like something Pharoah Sanders would’ve recorded in the 90s, had he picked up the trumpet instead of the saxophone. The lofty, festive atmosphere it sets through the use of handclaps, African percussion, background chatter, and various wind instruments is sure to firmly plant a smile on your face. “Double Consciousness” carries this free, jovial spirit into a different cultural context by giving it a Latin spin, which is something Scott has already done to great success on past releases like Ninety Miles Project (2010).

As Scott himself put it once, an ancestral recall is nothing that’s limited strictly to the past tense. Just like you can tap into past generations for inspiration, you can channel the future to inform your path in the current day. That is exactly what I imagine he has been doing all the time while composing for this record: taking up morsels of knowledge from his ancestors and contemporaries to create something that will hopefully remain relevant for generations of listeners to come. Ancestral Recall breathes the same New Orleans spirit that gave rise to jazz over a century ago, and yet it’s so much more than just another accomplishment soon to be dwarfed by the towering giants of that genre. It’s Christian Scott aTunde Adjuah freely expressing his illuminating socio-political conscience through a defiant, boundless statement of sheer musical ability and flexibility.