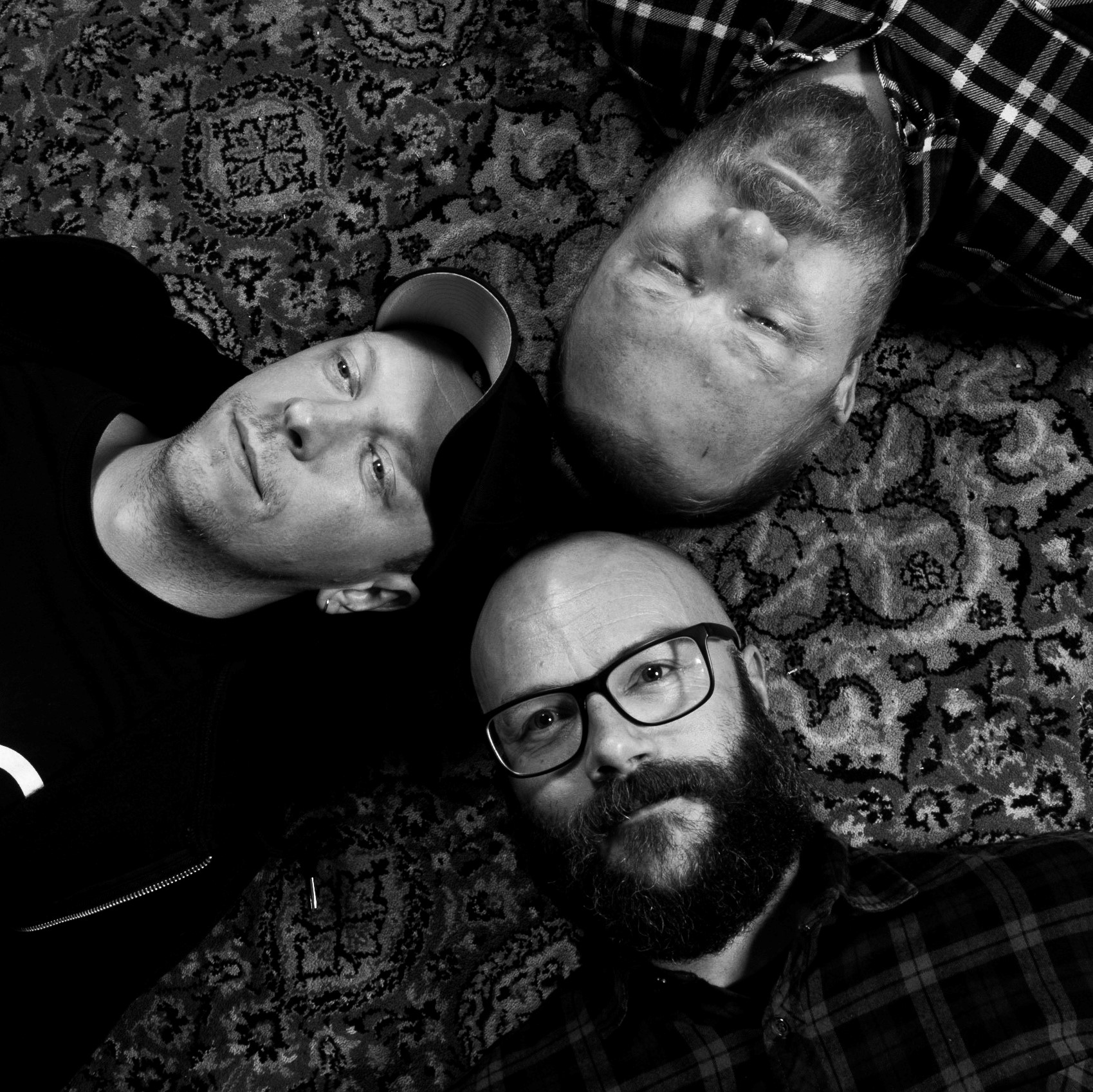 On Slow Burn, Glasgow’s Bosphorus offer an ocean of discerning post-metal that traverses the bleak depths of depression and culminates with a stirring tale of recovery.

In Greek mythology, the story of Io goes that the mortal priestess of Hera was lusted after by Hera’s consort, the great god of thunder, Zeus. In becoming his lover, Io incurred the titanic wrath of Hera. She was then transformed into a cow and cursed to wander the earth for all eternity, tortured by an unending plague of flies who would unrelentingly bite Io beyond the point of agony.

Alone, broken, and utterly drained of will, Io roamed the ancient world in a fruitless search for respite, finding none until one day arriving at the Bosphorus. There, she came face to face with the Titan god of fire, Prometheus, shackled to the Caucasus mountains. He promised that one day she would return to human form and become the ancestress of Hercules, the greatest of all men. With newfound hope, Io found the strength to journey to Egypt, where Prometheus’ promise was fulfilled, and thus Io’s curse was lifted.

This story is a turbulent tale that narrates the callous rule of gods, the suffering of the accursed, and the arduous pursuit of reprieve. It is also a fitting parallel for the journey taken on Bosphorus’ Slow Burn. The harsh spectre of mental struggle, the herculean strength of resilience, and the gradual road to recovery are painted into a profound and powerful record of resolute grandeur.

Slow Burn is the band’s third album, and first to be released via the noise-loving Trepanation Recordings. On previous releases, the band established a discerning blend of mountainous sludge and contemplative post-metal, marrying the heaviness of the former with the intricate passages of the more ominous latter.

The album opens with the churning and agitated “Silhouette”. From the off, it is clear that fans of post-metal’s heavyweight champions will find plenty to adore. The low-frequency rumble of Stuart Teager’s guitars and Scott Hamilton’s basslines recall the impact of genre forefathers Neurosis, whilst distinctive synth embellishments and driving rhythms add a layer of sinister mystique, reminiscent of Cult of Luna and Junius.

Their mid-tempo brand of sludge continues into “Strain of Thought”, offering little respite from the barrage of tense howls. The dissonant squall of guitar leads provides a well-placed offset to the ploughing roll of bottom end filth, and the ethereal synth pads offer spacey, almost symphonic reinforcement.

Against the backdrop of the metallic dirge, Teager’s vocals are pained yet resplendent in subtly weaved harmonies ,as he channels both the toxicity of depression and the charge of determination. Lyrically speaking, the whole album is steeped in intimacy. It is a representation of Teager’s grappling with the struggles of mental health, and the spark that ignites the flame of recovery:

‘I wanted to talk about my anxiety and depression, which I’ve suffered from most of my adult life. A few years back I realised I needed to do something about it, so the lyrical content is my realisation of this and attempting to do something about it. The title of the record refers to me coming to this realisation; the light was very low at the start of all this but now the flame in my own mind, so to speak, is bright and lighting the way.’

Though the aforementioned myth of ancient Greece uses mightily exaggerated imagery, it’s hard to ignore the parallels between that and the message of SlowBurn. In its deepest recesses, the mind can conjure thoughts both terrifying and oppressive, yet the will to find peace and a single spark of hope can provide an overwhelming sense of galvinisation. Slow Burn may not use the same fantastical wordplay, but its larger-than-life presentation and meaningful theme gives it just as grand a scale.

Considering the band is a classic power trio, the album is awash with intriguing timbres and ornaments that are remarkably varied yet consistent in tone. Though crushingly heavy, at times we are also treated to shades of Boss Keloid-esque floral prog and dystopian layers of synth drone. Sure, it’s an album that wears many of its influences on its sleeve, yet it retains its own identity, a difficult feat to accomplish.

Whilst at times relentless, there is a refreshing sense of space throughout, especially on the mid-album title track, an eight-minute epic that is perhaps the most symbolic of its namesake. Beginning with brooding clean passages of hypnotism, the track waxes and wanes between a peaceful and idyllic verse, and a tearing and powerful chorus, culminating in a sea of unrelenting doom. This track offers some of my favourite moments on the whole album. I found myself entranced in the tangle of proggy meanderings that make the comparatively simple choruses feel all the more impactful.

‘Inside root and mind, a poison lies
The toll has taken hold for too long
New life must take its place, it’s been a slow burn I cannot wait
Can’t leave the forest for the trees, something must change, for good in me.’

Judging from the immeasurable walls of tone heard throughout, it will come as no surprise to hear that it was produced by Chris Fielding of Conan and Skyhammer Studios, who actually contributes synths to the more hardcore-oriented “Weapon”. The production and mix are a perfect balance of crushing bottom registers and cutting mid-tones, which is deserving.

This knack for densely packed walls of sound is especially prevalent on “Cold Comfort”, a psychedelic doom saga in the vein of YOB. The track is also perhaps the finest example of their startling capacity for gripping vocal arrangements. Subtle layers of harmony provide a ritualistic quality to the slow, contemplative track. The same is also true of the album finale, “Crooked Path”, a culmination of all the album’s meteoric energy that rises from a dark synthwave slumber into arguably the album’s highest emotional peak – ‘Grip like gravity/Toxic desire in me/Grip like gravity/Omit, commit to it, resist/Crooked path/Embrace the light.’

This is an album that marches in search of epicness, and it more than achieves that feat in one of the most consistent underground releases of 2020. Slow Burn manages to be both a collection of tone-worshiping sludge bangers, and a heartfelt introspection of the pursuit of happiness, both of which are in high demand in such a tumultuous year.