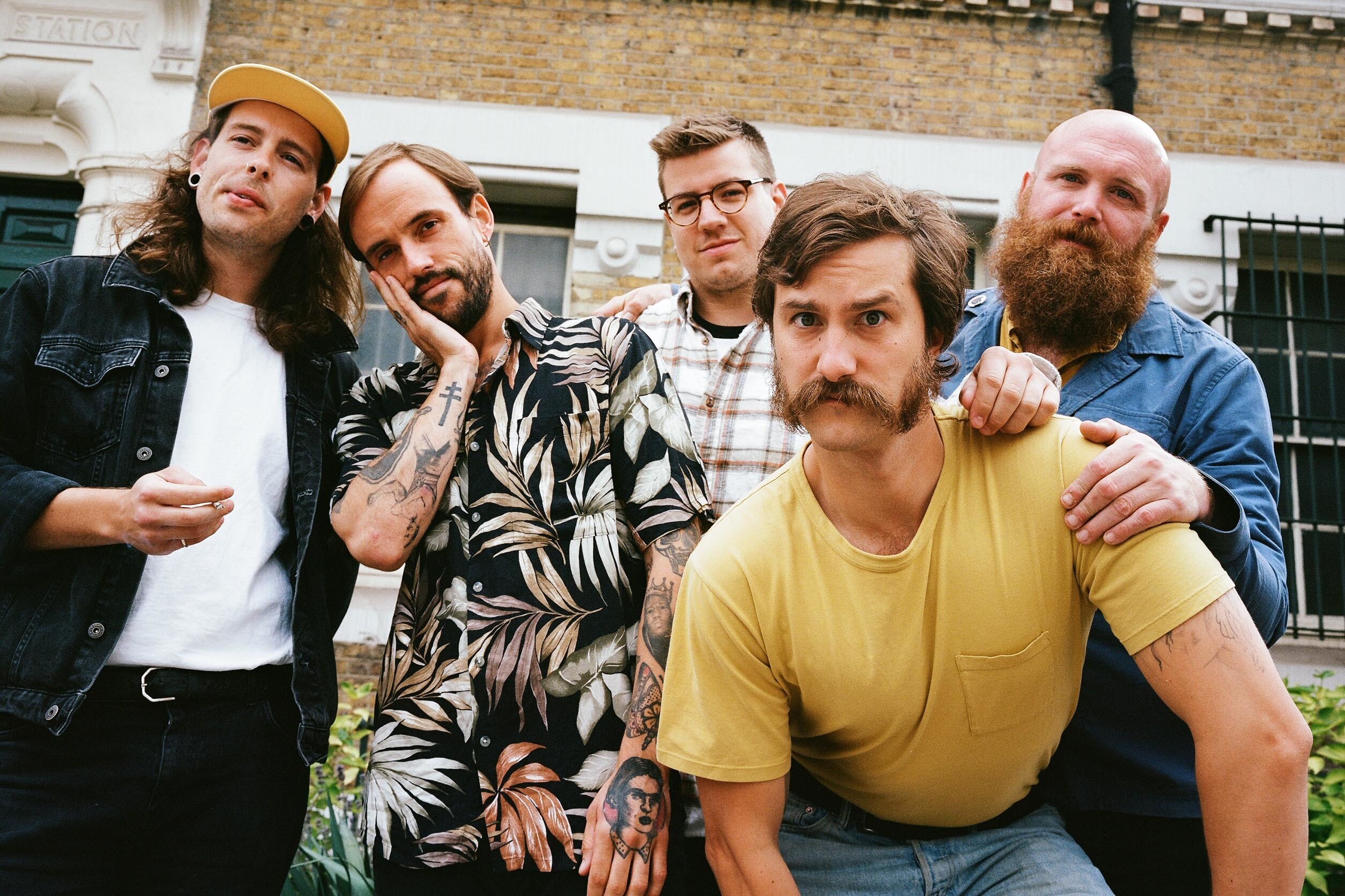 Ultra Mono is a solid continuation of Idles’ brand of sardonic verse, with roaring engines and plenty of bark, albeit with less of the inventive sparkle that established them as the new face of British angst.

Idles occupy a rather unique position. Catchy and broad enough to flirt with the mainstream media, the Bristolian quintet nevertheless supply the kind of poetic vitriol and musical authenticity that can sustain a dedicated underground fanbase. Rarely do I find an artist so widely respected amongst a friendship group that spans almost every corner of musical interest. More than anything though, it’s impossible to ignore their abrasive commentary on Tory Brexit Britain.

My first encounter with Idles came just prior to the release of Joy as an Act of Resistance. I recall the significant hype surrounding their sophomore LP with crowds under every banner singing their praises far and wide. One listen to their debut album Brutalism made it very clear why. Acerbic takedowns of the British class system and toxic masculinity, their noisy and razor-sharp post-indie punk felt like a vital shot in the arm. They may not be the first to shine a spotlight on this country’s flaws, but they’re undoubtedly the loudest.

In Joe Talbot, I saw a frontman with an uncanny knack for delivering far-reaching messages through candid reflections of his personal heartache. Following her death during the recording process, Brutalism became a lovesick celebration of Talbot’s mother and the impact of the women in his life. Joy, was another personal collection of songs that championed women and immigration and shone an unforgiving spotlight on the miserable zeitgeist of little England. An acidic voice against the arrogant, ignorant right. Now, Ultra Mono finds the post-punk poets just as fired up, to varying degrees of success.

As opening tracks go, few can boast such a catchy impact. From air-raid siren mimicking glissandos to the overlaid, searing feedback dives and anthemic vocal lines, this track sets a thrilling precedent with a clear, if broad, anti-war message. The track is a raw punk machine that sprints forward like a colourfully rotoscoped hotrod in a Robert Rodriguez heist flick. “Grounds” follows with a rousing call to arms, an unforgiving response to those that seek to decry their sociopolitical outrage as opportunist faux-anger. “Model Village” is another highlight, a thoroughly satisfying condemnation of Britain’s Brexit-fueled, prejudiced rhetoric with potentially the strongest chorus on the whole LP.

Talbot’s performance is still at its charismatic best, waxing critically at Un-Great Britain’s myriad shortcomings with the swagger and style for which he is currently incomparable. In the run-up to the album’s release, Talbot stated; ‘Emotionally I’m not healed, I’m healing and that’s what’s on the record. So this one is about processing and finding pragmatic ways of moving forward, and from your reaction to that trauma, you build something concise and beautiful.’

On a personal level, the songs are reflective of this more positive mindset which manifests itself as slightly more tempered and less volatile. This positive energy comes through in its catchiest choruses, upbeat rhythms, and bright, raucous guitars:

‘You say you don’t like my clichés
Our sloganeering and our catchphrase
I say, love is like a freeway and….
Fuck you, I’m a lover.’

Perhaps then it should come as no surprise that the album feels more controlled, more precise than previous LPs, which feels as much of a curse as it is a blessing. Where Brutalism and Joy jarred and cut against their own grains, Mono occasionally feels somewhat predictable and lacking in danger. The strength of the band’s Sturm und Drang had been its boldness and knack for inspired audacity. Not an extreme band by any stretch, but more than threatening enough to leave a lasting scar. Sure, Mono’s best cuts are just as catchy, just as anthemic as anything they’ve released prior. Yet these moments of brilliance feel a little more flash-in-the-pan, fewer and further between.

Tracks like “Anxiety” and “Mr. Motivator” present interesting ideas that don’t fully take off. The former rattles and scrapes as its title would suggest, but its message feels a little undercooked in a track that should really gun for maximum volatility. The latter tightropes between tongue-in-cheek satire and somewhat gimmicky repetition, with my opinion skipping between the two on each listen.

“Kill Them With Kindness” opens with a solemn piano passage by Jamie Cullum, who I had honestly forgotten was still in circulation. An unexpected but nevertheless intriguing feature, this track had the opportunity to present a welcome change in pace. Yet his 30-second cameo feels like it was simply tacked to the beginning of another noisy garage fist-pumper. A good track, but I was hoping for something a little more genre-bending.

“Ne Touche Pas Moi” sounds like it was stripped straight off an album by The Hives. Not a criticism by any stretch; it contains some of the most anarchic energy across the whole album with a snappy vocal feature from Jehnny Beth. The final few tracks send off Ultra Mono on a high. “The Lover” is arrogantly condescending, packed to the brim with vibrant swagger. It’s a track that Slaves probably wish they’d written whilst “A Hymn” is arguably the high point of the album, a poignantly dark clash of The Cure and Nick Cave.

The production on this album is familiarly frenetic and noisy. The guitars are sharp and jagged whilst the drums rumble and bounce with dexterous clarity. As an album that leans heavily on the frenzied garage rock party sound, the sonic quality is the perfect blend of clarity and disorder. The aforementioned “Grounds” is a standout performance from band and producer alike.

By its very nature, punk is short-lived and unused to longevity. It is high-impact and bears an anarchist sense of immediacy. I have little doubt that the band still have a long and discerning career ahead of them, and it’s unlikely they’ll be selling butter any time soon. That being said, the slight dip in inspiration on Ultra Mono suggests a band that are currently racing in mid-gear. Often I felt as though tracks were moving with great haste, but not really covering much distance. It is as though they would find an interesting riff or niche, but not know where to go next, instead just repeating themselves one too many times.

What made Brutalism and Joy such spectacular reflections of our time are sadly a little less effective the third time around. The band should nevertheless be credited for their consistent levels of energy and for proving that the fire is very much alive when they’re on form.

I like this album, and I would wholly recommend it to anyone that found their previous releases as electrifying as I did. For all its flaws, it is still an exhilarating 40-odd minutes of indie punk cheek. Yet from the lofty standards Idles have set themselves, Ultra Mono sees the band meander down a home straight that should have seen them pull even further from the crowd.