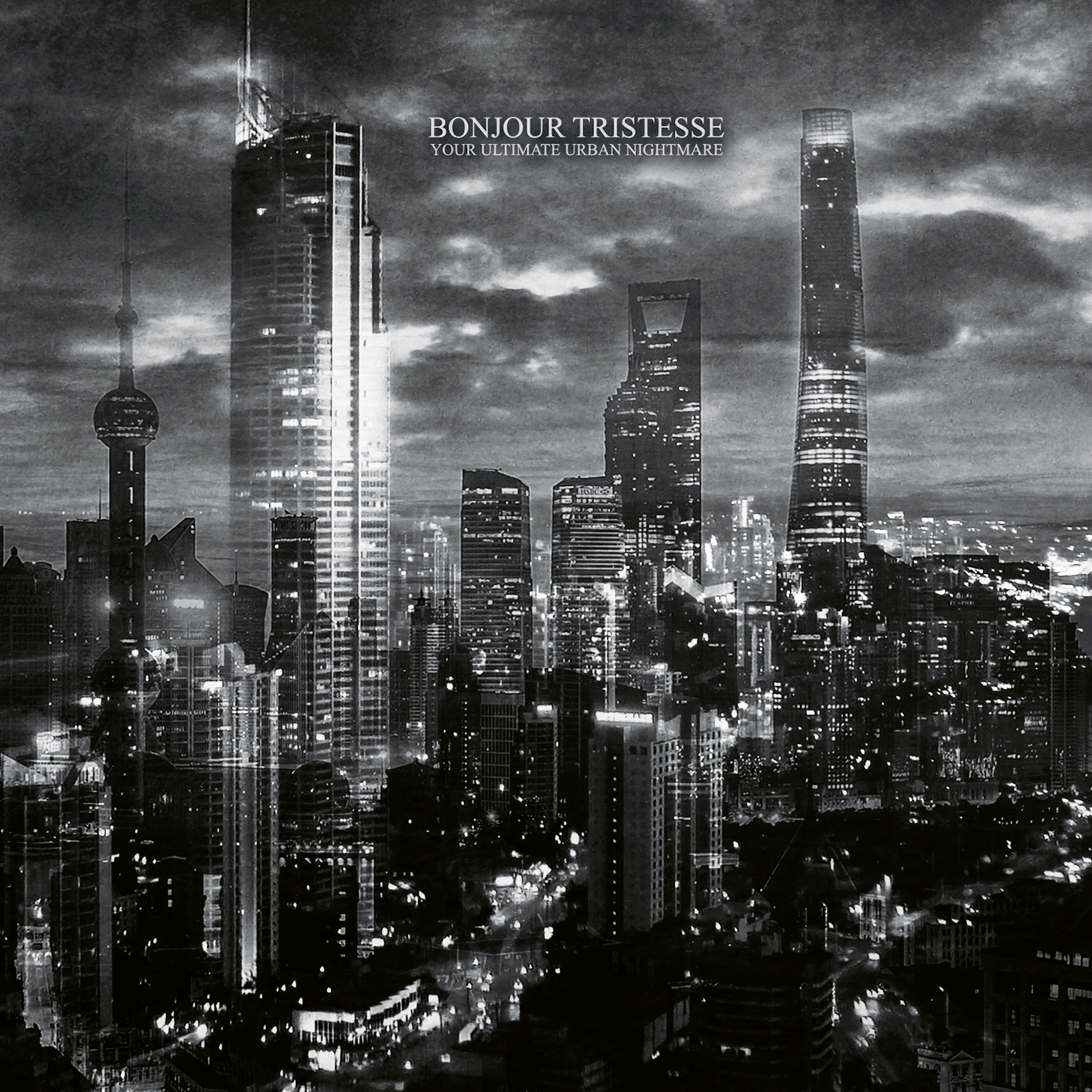 Your Ultimate Urban Nightmare by Bonjour Tristesse is a modern work of black metal that captures the lonely and misanthropic feeling of urban landscapes.

My love for black metal goes back a few years. When I first discovered black metal, I was a bit shocked by the raw sound of it, but also in awe. Today I’m a big fan of it and love discovering the sheer endless subgenres and genre-combinations this artistic and expressive genre holds. With Your Ultimate Urban Nightmare, we even have a contender from my home country of Germany in Bonjour Tristesse (‘Hello Sadness‘).

While listening to Your Ultimate Urban Nightmare, one could see the similarities to the modern era of literature, in which writers like Kafka described the dull urban jungle. The record has a cold-as-the-pavement feel, and sings its songs howling between the facades of the urban territories.

The eponymous first track of the album begins with the soundscape you can hear on the street every day; Police sirens, honking cars, and the mumbling chatter of people walking by, set the stage for a record that is a reflection of its environment. The guitar softly swells in, giving the listener a slight paradoxical feeling, as the overall sound of it is harsh and unforgiving. Typical black metal blast beats meet typical fast-strummed riffs. After a minute, the lead melody kicks in, giving off providingan uncharacteristically happy and upbeat feel for such a bleak sound.

The drums switch things up and move at a slower pace, while the guitar follows suit. Vocals, drums, guitar, and bass bleed into each other through reverb and harmonization, making for a pleasant mix of melancholic melodies wrapped in distortion and misanthropy. At the three and a half minute-mark we are introduced to some clean sounds that give us a break from the constant onslaught, before the song ends in a culmination of all the stylistic devices mentioned above. While this is not a bad track per se, “Your Ultimate Urban Nightmare” can feel a little loveless at times. I admire the band’s work, I cannot help but feel a sense of repetition.

Let’s move on to a quite different track. “One of the Ghostfolk” is, in my opinion, the peak on this record. A deep, dark cello introduces the song with its harrowing drone and warm overtones, as a slightly loose-sounding guitar provides the much-needed contrast. With a drum roll, the mid-tempo beats and vocals kick in. The song’s droney nature and poignant vocals, which came out especially well on this track, make “One of the Ghostfolk” one of the more authentic and genuine songs on Your Ultimate Urban Nightmare. Furthermore, the clean section goes on for a bit longer, and even features clean vocals that I did not expect to sound this good.

Bonjour Tristesse seem to be in search of a sound that makes them, well, them. While some songs on this record come off as sincere and give a clear picture of who the band is, others feel almost like copy-and-paste work. I can see their future material coming out as a fantastic addition to the post black metal scene, if they continue to work on themselves and what they want from their music. For this particular album, though, I can only say it’s a mixed bag that’s solid at some points, and mediocre at best at others.