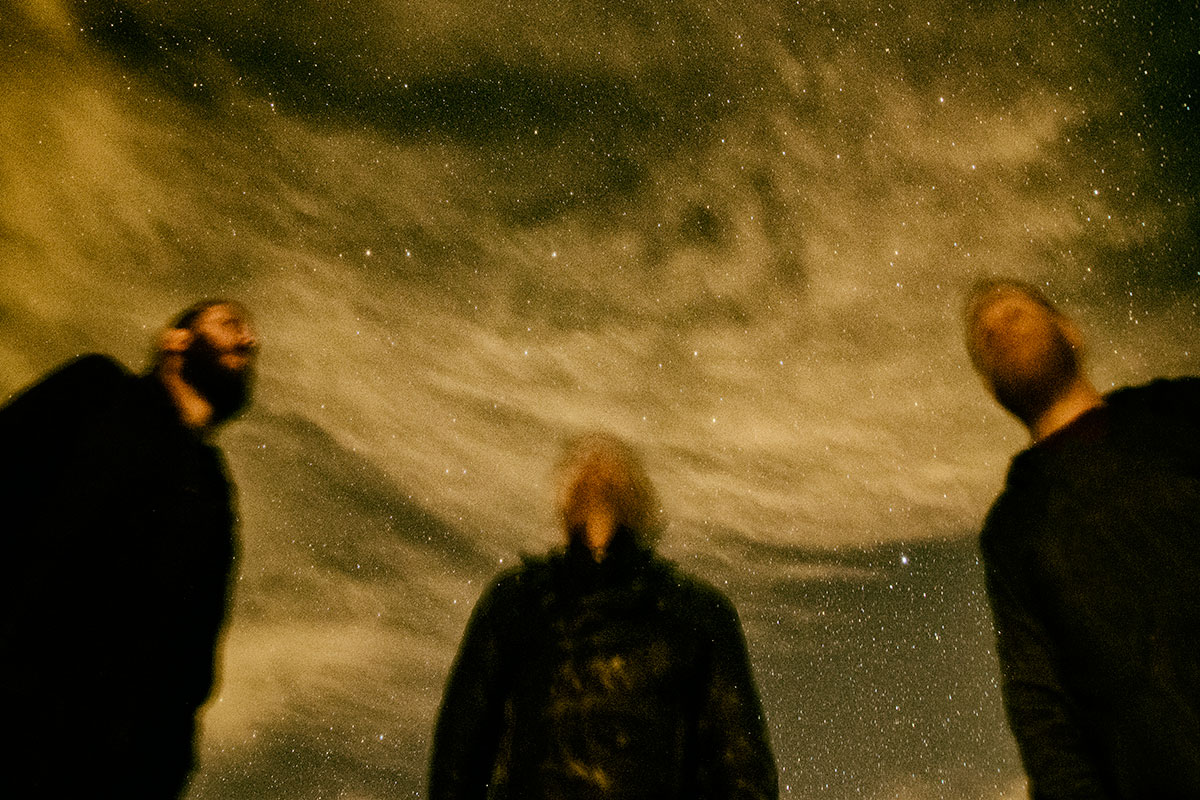 A pilgrimage is something you can gain a lot from. Being aware about your moral standpoints and your priorities in life, as well as adjusting your spiritual compass can be a fantastic way to be at peace with yourself. While I’m not someone to embark on such a journey, it seems I accidentally did by picking up Ancestors from our review list. Their new record Suspended In Reflections is a spiritual, doom-fueled pilgrimage, accentuated by intimate post-rock symphonies.

As I’m writing this, I realize that my metaphor continues to work astoundingly well with the record, as the first track is called “Gone”. Let me tell you, this track is not the type of “Gone” to express quietly sneaking out at night, it’s the one that slams the darn door. A behemoth of fuzz, modulation, and delay stands tall amidst the intro of this song, and the beautiful, lush melodies augmented by this much distortion pull the listener right in. The atmosphere is so dense, yet so bloomy and beautiful it takes you to another world. Right from the start it’s clear what’s important to Ancestors: building texture and ambiance. The chiming synths under the guitars, bass, and drums sing their sweet, almost organ-like melodies. After half a minute the vocals kick in, also layered with delay and reverb. Like a curious animal, the lead guitar seems to dance around the vocals asymmetrically, observing what they could do next. It is as much music as it is onomatopoeia, a play they have made for themselves with music sheets as their stage. As the track strays towards its closure, it gets continuously mellower, ending in a sense of fulfillment.

Following this is “Through The Window”, a track you might think will play out similarly, as the first notes are quite moody and distorted, but there is a surprise awaiting you here. At first, the clean and distorted guitars play together, the latter being like a loud, eccentric acquaintance of the other. However, the track turns up its volume towards the middle, delivering a not quite doomy, but definitely hefty post-rock ballad. The interesting part here is that the clean guitar gets progressively slower at the halfway point, and as the fuzz drowns out, the only things left standing are the delay-flooded clean riffs and shards of drum and bass.

The closer, “The Warm Glow”, is an eight minute-long epic, roaming in Yob-territory with unrelenting post-metal chops and obsidian octaves. It’s something I won’t spoil for you, but know that this is my personal favorite of the record. It features something previously unheard of on this LP; it’s neither derogative nor pretentious while retaining a sense of originality, and it plays with only the best tropes we have already come to love from this band.

Throughout Suspended In Reflections, one can find many different ways in which Ancestors experiment and switch up their compositional style. The key elements of their sound never change, but the way they contextualize them varies from being as flowing as the waves to being of crystalline hard- and sharpness. It’s very rare that I find records like this, which put emphasis on creating singular experiences with real emotional weight instead of trying to flash the listener with some pseudo-guitar skills. Ancestors have branded themselves as one of my absolute favorite doom entrepreneurs, although labeling them as just that would be almost an insult.