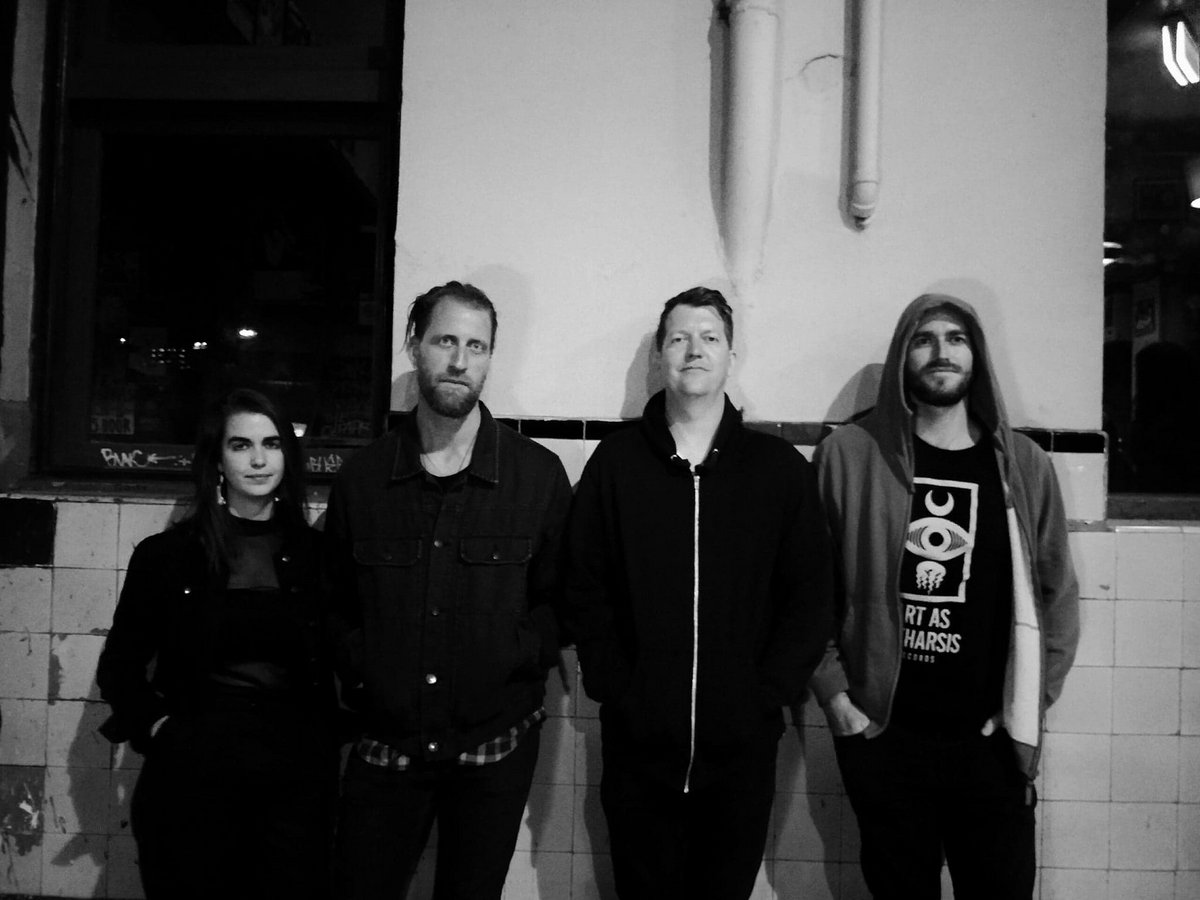 By Jake WaltersApril 2, 2020 No Comments

Bolt Gun have made a bleak and harrowingly beautiful album that will hollow you out then fill you with dread. Begotten isn’t to be taken lightly.

There are few bands like Bolt Gun. They have carved out a space for themselves in which to exist where few others have managed to make a home. Blending blackened doom, noise, and cinematic atmosphere that is often as harrowing as it is grand, their music operates on an almost cerebral level. Their 2017 release, Man is Wolf to Man, was among my favorite albums from that year and still holds a certain power over me. The time has arrived for a new LP from the Australian quartet, and once again the ineffable Art As Catharsis is the label on which it is being released. Begotten differs from their last record in many ways – such as there being eight tracks instead of two – but their effective execution is unchanged.

The record begins as one may expect: by preparing the listener and priming them for the more difficult and extreme passages that lie in wait for them. “Existence is Exile – Nothingness, Home” begins with scurrying noise and somber orchestration, which is immediately unsettling. The post-rock naming follows with the second track “They Herd Together To Bleat Their Hopes”, and this is where things begin to fall into territory some would call bleak. It’s at this point where I feel that the approach to beginning this album in a manner such as this was chosen to create a ‘hollowing out’ phase, in which you have to empty the listener’s mind with abstractions and begin to defy their expectations. It’s like wandering into the darkness and slowly realizing that your fear of being alone in the dark is actually a fear that you aren’t alone.

It’s on “How Long The Same” that these fears come to life. The descent into madness is hastened by escalating noise, until the tension breaks about halfway through the ten-minute track and the hypnotic drumming pounds alongside the madly intense vocals that are shrill and impassioned to the point of breaking. It’s a seminal moment on Begotten that gets every detail correct and leaves an indelible mark in the minds of the listener. Just as abruptly as the torrent begins, however, it also departs in the same fashion. Its more noise-driven counterpart “Crawling Like An Insect Under The Shadow Of God” consists of sporadic percussion, rhythmic static; eventually the crushing guitars and throat-shredding vocals return. It’s a spacious, harrowing track that is as beautiful as it is dangerous.

The various textures employed to add to the tension of this record continue to manifest as the tracklist continues. “Dragged To The Woodpile” is a terrifying composition that calls on orchestration mainly to push and pull the mood around in violent ways. Bolt Gun are a talented band, no doubt; seeing just how they employ a variety of their skill sets to keep the tension high surpasses even what I thought they could do. “Congregation” serves up a healthy slab of dread and anticipation, with the guitar taking the center stage, often with only a low throbbing hum for accompaniment. “The Altar Of Lies Will Not Be Destroyed” is a fitting send-off, closing things out with a cacophonic blend of every element that led up to this final crescendo.

The feelings that are poured into Begotten are some of the most visceral I have felt on a record this year. It can be somewhat easy for music that leans into harshness to get a leg up in this way, as it seems that more positive feelings have somewhat lower emotional ceilings. Bolt Gun don’t rely solely on intensity and aggression to reach these heights, however – the inclusion of orchestral elements, noise, and atmospheric textures turns Begotten into a tapestry of agony that will stand as one of the most grandiose and distressingly beautiful records of the year.