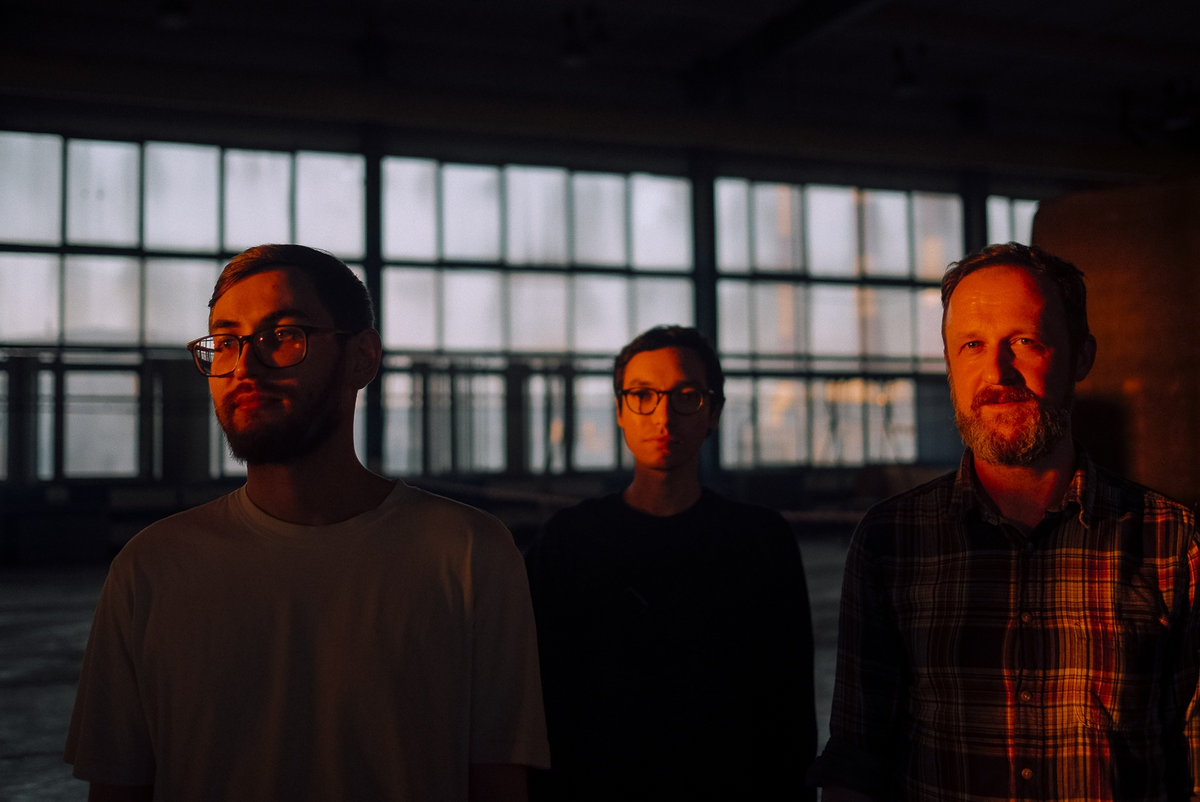 Antethic definitely aren’t reinventing electronic music, but they might just be reinventing certain ways in which we look at it.

Electronic music is unspeakably vast, arguably one of the vastest areas of music. It is also the area of music that features the largest palette of timbral opportunities, which are virtually endless. It stands to reason that having at hand a medium this powerful and expressive will inevitably lead to extraordinary things. Personally, I find it difficult to comb through the immensity of the genre’s repertoire; throughout most of my explorations I’m greeted with things that usually don’t take advantage of the limitlessness of the environment. What’s more, it’s difficult to find something that works for me. So naturally, whenever I do find something that is creative and to my liking, I’m ready to pop that champagne like it’s New Year’s Eve.

Case in point, Antethic just happen to be one of those bands. I recently wrote in another article how they’ve found a new home at Holy Roar Records. That’s great both for them and the label – a great band gets the exposure they deserve, and a great label adds more to their awesome roster. When I saw the news, I knew right away that the band would at least be worth checking out, as Holy Roar stands out as one of those few labels that have signed some of the finer names in music. It wasn’t long until I was sold on Antethic.

Mythographer isn’t just Antethic‘s latest creation, it is also one in a long line of works in recent years that push towards genrelessness in music. That’s pretty self-explanatory, though; don’t be daunted by my silly words. More and more artists are waking up to the fact that arbitrary constraints just aren’t part of the creative soul of the artist. In turn, it makes perfect sense that musicians are melding more and more styles together and shedding all of these square genre tags. In spite of this genrelessness becoming more frequent, we still try our best when describing the sound of a band or an album. Usually, this is done the help of a string of whatever tags we feel does at least some form of justice to what it is we’re hearing. That’s one of the things I’ll be doing.

There are quite a few things that unfold across the span of Mythographer. It would be exhausting to pinpoint every stylistic bit to its origin; however, I will do my best to paint a fairly accurate image. Starting at the very bottom layer, the backbone of the album is firmly rooted in atmospheric structures and tonalities. From there, each song uses a select blend of aural ornaments to drive the sonic narrative along. The first three tracks share rather similar deliveries, starting the journey with an accommodating and digestible approach. They each open with expansive drones that relish in their deep and meditative textures before morphing into pulsing beats without a warning. The beats are laid back in their pacing, so for good measure, all the accompanying harmonic content gives them a lush color and a vibrant demeanor.

Starting with “To Move A Mountain”, things change a little. Leading us into its realm, there’s an expansive texture that sounds like an infinitely sustained chord on guitar, with synths faintly trailing around. This is interrupted by the rest of the song in the form of an IDM-inspired phrasing, which also makes use of some experimental and progressive tinges in its architecture. Following up, “Absurd Hero” takes up a more traditional IDM sound while using an atmosphere-driven approach akin to what we usually see in post-rock. This is further explored in “Tyro”, which also features the finest of the abrupt transitions Antethic is so fond of. I know I have a soft spot for brusque shifts in songs; however, the way this is executed across the record is very tasteful. “Tyro” also houses some more distorted guitar sounds, hearkening some more to the rock element that is loosely scattered throughout the record.

While I’m not particularly fond of how the record ends with “The Unturnable”, I must admit that it ultimately works in favor of the whole affair. There are some things to be found around here that are reminiscent of synthwave and EDM, obviously imbued with the band’s trademark approach. Relying heavily on texture-driven soundscapes, the album arrives at a newfound freedom in sculpting moods. Even though there are varying paces and dynamics at play, they all pretty much conform to the vibe that is dictated by the overall texture in an unspoken manner. This (for the lack of a better word) process emanates a sensation of synergy at a metaphysical level; as such, moods range all the way from soft and relaxed through energetic and bright to brooding and mysterious. A fairly impressive feat if you ask me!

With so much going on, you would probably think that the album must definitely have at least a few dips in quality. Well, here’s the kicker – it doesn’t. It’s a very balanced and consistent piece of work that manages to remain engaging all throughout its runtime. I guess you could say it has a little in store for any- and everyone. The layers that comprise each song breathe very smoothly next to one another. When there is only one thing in focus, it can be loud and full, whereas when things accelerate and layers start to stack, everything will recede to its designated space within the mix. Taking all of this into consideration, it’s safe to say that the production is very much on point.

I believe I barely captured a corner of what really unfolds on Mythographer. Antethic‘s members show that they share a proper musical bond between each other, that they had a clear intention in mind and a potent drive when laying down sounds. They also demonstrate that as a group, they wield the musical maturity of seasoned acts that have been kicking around for two or more decades. Now you don’t have to take my word for it – the album is out, so you can go convince yourself of the things your have just read, and much more.