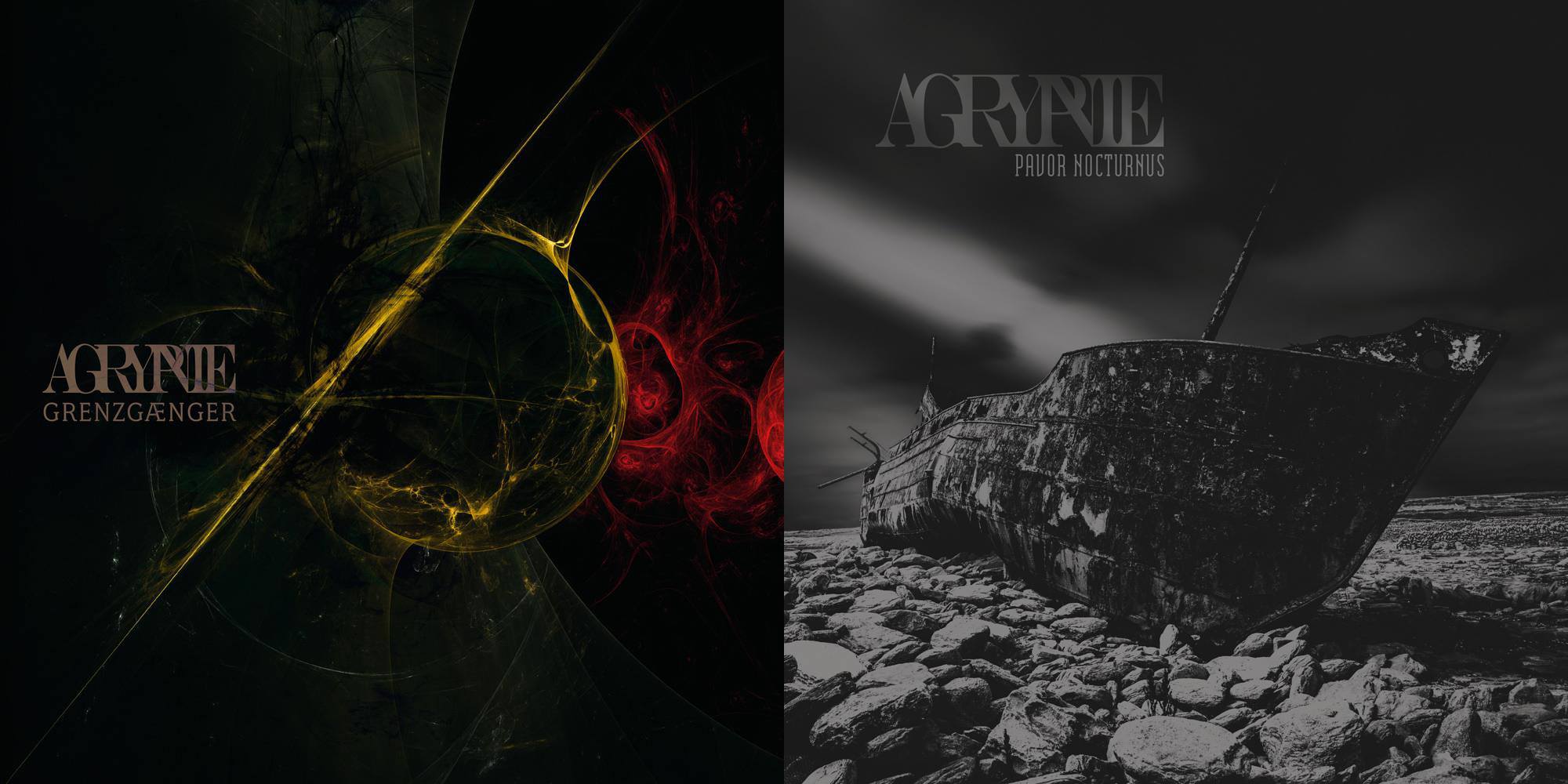 By Dominik BöhmerNovember 3, 2018 No Comments

While Grenzgänger delivers another solid slab of the weighty post-black metal Agrypnie are known for, Pavor Nocturnus comes up with a few pleasant surprises (along with some filler material).

Agrypnie are an institution of the German black metal scene. Formed in 2004 as the solo outlet of Nocte Obducta guitarist Torsten Hirsch and named after the Greek/Latin word for ‘sleep disorder’ (gr. άγρυπνος agrypnos/lat. agrypnia), they were among the first German bands to adopt the urbanized, densely atmospheric post-black metal idiom by effectively mixing their avant-garde-leaning black metal sound with elements of doom/death metal and post-rock. Over the course of 14 years and four full-length LPs, Hirsch and his companions forged a dimly lit, disquieting path uniquely their own. October 12 saw the release of Grenzgänger, their first album in five years, and the first one since 2009’s 16[485] to be recorded without Eklatanz (Heretoir) on guitar.

‘The last years were crossed by the darkest moments of my life’. This is what Hirsch had to say about what informed the sound of Grenzgänger. This personal revelation is reflected in the tone and vibe of the record – it’s frigid, dark, and resentful, meeting the harsh realities of human existence with the resilience of a cornered animal with nothing left to lose in this uncaring world. Indeed, these eight songs stand among the bleakest material ever penned and recorded by Agrypnie; the more sensitive aspects of their music haven’t just fallen by the wayside, though. As proven by their amazing acoustic session from 2013, there’s always deep-rooted melodious undercurrent to their work.

While there are a couple of individual songs on here that carry a lot of weight (especially the two ten-plus-minute ones), none are able to match the emotional one-two punch of “Die Waisen des Daidalos” and “Die Längste Nacht“ towards the end of Grenzgänger. In the former, clangorous lead guitars (what a tone, ladies and gentlemen!) cascade against the blunt concrete wall erected by the rhythm section in the beginning, only to let the pristine notes ring out more peacefully in the middle and ending sections, separated by another assault of black metal fury. The latter takes this stark contrast further by almost constantly pitting the fragile clean guitars against the much bulkier rhythm guitar chugs, impassioned vocals, and dynamic drum performance. There are brief moments of respite offered to the listener, and I find those to be most enjoyable, in part thanks to the album’s high production value.

Be forewarned: this second disc, comprised of assorted bonus material, might not be what you would expect after hearing the main album. Pavor Nocturnus (Latin for ‘night terror’) contains three tracks off the long since unobtainable split demo with Fated from back in 2005, one entirely new track called “Neon” – more on that in a little while – and five Agrypnie tracks that have been reworked into orchestral numbers by German composer Rüdiger Gleisberg. I’ll be upfront with you here: the latter five, while presenting a nice diversion from the overall musical aesthetic, aren’t too terribly spectacular; I found myself outright ignoring them after the first listening session.

“Neon” is quite the unusual entry in Agrypnie’s discography, not because it constitutes a dramatic shift in tone from their other material, but because its musical direction veers deeply into the realms of dark/cold wave, opting for a sound that leaves behind all traces of black metal usually associated with the band. The female vocals – provided by a singer who’s sadly not explicitly mentioned by name in any of the promotional material provided to me – fit this style exceedingly well. Her aloof delivery mirrors the murkily elegant electronics in the background, making this is by far the most enjoyable cut off Pavor Nocturnus.

I’m kind of on the fence about how I want to conclude this review. On the one hand, I’m happy with how well Grenzgänger turned out. It’s another high quality release under the band’s belt, filled with everything we’ve come to love from them. On the other, the lack of actual progress, in conjunction with the low internal variance and hefty runtime, make it a listen that’s hard to digest at times. I’m also not particularly pleased with the fact that Pavor Nocturnus doesn’t hold much additional value for casual listeners as opposed to hardcore Agrypnie fans. As it stands, I can confidently recommend Grenzgänger to all fans of well-crafted post-black metal, which is high enough a compliment if you ask me.