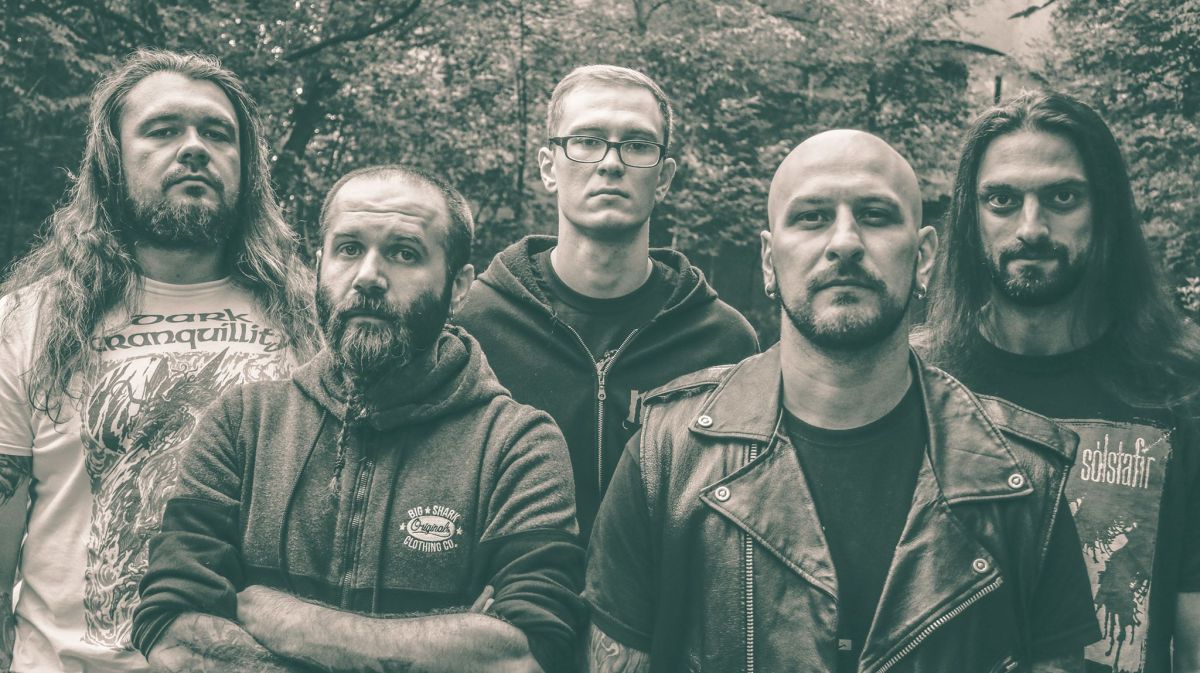 As a band that is dedicated to telling the stories of the first World War, 1914 have once again found a balance between narrative and aggression, executing their vision to perfection.

I have a bit of a fascination with World War I. Given its diverse political angles and intersection of technology and battle, this was a war unlike any before it and it saw a new type of horror on the battlefield. While metal has never been completely devoid of bands that dip their toes into war as a theme and even more narrowly WWI, fewer bands still devote their entire identity to this international conflict from over a century ago. While plenty of acts have made tonally appropriate homages to The Great War, 1914 is a band that has so far managed to absolutely nail the horrors that it brought while still making quality blackened death metal. 2018’s The Blind Leading the Blind stands as one of my favorite metal records of the last decade and perhaps the pinnacle of the genre’s look at The War To End All Wars. I’ve been excited to see how the band will follow it up and the wait is finally over in the form of Where Fear and Weapons Meet.

Beginning with the vintage-sounding “War In” filled with gunshots and the sounds of war seems like an apt introduction before letting loose the hellacious “FN .380 ACP#19074.” The song’s title is literally the model and serial number of the handgun that Gavrilo Princip used to assassinate Archduke Franz Ferdinand in Sarajevo on the 28th of June, 1914. Lyrically the song is a confession or diatribe by the aforementioned assassin that is expertly delivered with both clarity and vitriol by vocalist Dmitro Kumar. Sonically there’s a lot going on with double-bass kicking frantically, horns, relentless riffing, and a thumping bass that is thankfully noticeably punchy in the mix. It’s a dramatic gut punch to the start of the album that is thematically perfect. As both a fan of this band and the history of which they sing, I’m literally moved to tears with how well this album is going and we’re literally just getting started.

“Vimy Ridge (In Memory of Filip Konowal)” is a fitting tribute by this Ukrainian band to the Canadian/Ukrainian soldier mentioned in the song’s title whose heroics distinguished him amongst his peers. He became the only Eastern European-born soldier to earn the Victorian Cross, a designation only the bravest British combatants. Again, the vocal performance is paramount here as this band, by all accounts, are storytellers. Each song is infused with details, specifications, and accounts of the war that are the heart and soul of what this band is about. Both the performances and the production serve the story and literally none of the brutality is compromised. To say that 1914 are peerless would be an understatement. Their accounts of specific conflicts, battle conditions, and sometimes literally just spec sheets of the machinations of war is something that they own entirely. To do so with such compositional prowess and scale is something that just makes me slack-jawed with amazement. “Pillars of Fire (The Battle of Messines)” is another such example that is literally the story of a single, radical maneuver that causes a magnitude of loss not previously seen in battle, I’ll let the video below tell you how:

I’d be remiss if I didn’t spend a portion of this review extolling my gratitude to 1914 on their inclusion of a song dedicated to the Harlem Hellfighters. As an all-black regiment, their motto was “Don’t Tread on Me, God Damn, Let’s Go”, hence the track “Don’t Tread on Me (Harlem Hellfighters)” and this is one of my favorite tracks on the album because it’s the recounting of actions taken by Sergeant Henry Johnson during battle. It’s a great reminder of the role that young black soldiers had in the war and by the accounts of Johnson on his post-war lecturing tour, still suffered racism literally in the trenches. Telling this story is just another log on the fire of my burning love for 1914 for telling these stories and reminding or educating their audience that this war was far from a simple one.

I do have to remind myself in this review that Where Fear and Weapons Meet is also a death metal record and not just a history lesson. As I have mentioned a few times above, 1914 are a very specific kind of band where the source material is very close to their heart and the thematic throughline of everything they do serves this purpose. In terms of the production, it’s a grand and epic one that has seen a bit of an upgrade compared to their last outing. In my opinion, however, the band hasn’t dulled their sound because of it. Vocals whip to and fro, cutting through the din of the instrumentation while the orchestration sits atop of the blasting drums and the riffs lie just under the surface guiding the songs as they lurch and explode. The cymbals are crisp and other elements such as the simulated tinnitus in “Pillars of Fire” add depth to the accounts without getting in the way. As a fan of the dirtier style of production for death metal, this isn’t my go-to style but in terms of serving the album and its purpose, I think it’s spot on.

I could go on and on and write paragraphs about each track, the history behind it, and why it’s so damn cool that 1914 chose these stories to tell, but that would make this review unbearably long and tedious at least for our readers that are here for the music specifically. However, I think that in the case of this band the two are inseparable. Each video that they have released leading up to the album’s release is prefaced with the historical significance and context in which the song is placed. Having that extra layer of information certainly does enrich the experience, but if you’re just here for the riffs, there are plenty. If you want epic hellscapes of war you’ll find them all over the place. Want an 11-minute death-doom version of the traditional war ballad “The Green Fields of France”? That’s here too. All I’m saying is that even stripped of any historical context this album is an absolute banger. But if you’re like me and enjoy some substance with your slappage, Where Fear and Weapons Meet delivers on every aspect and will land firmly in my favorite albums of the year.