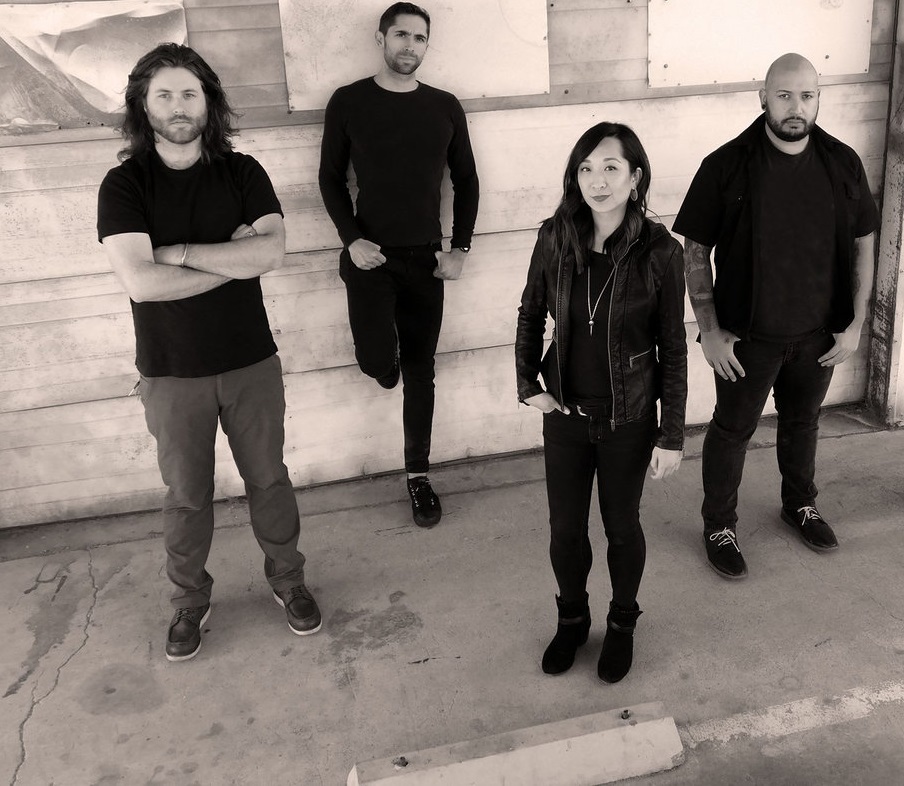 As autumn seeps in ruthlessly in the the Northern Hemisphere, days are getting darker and colder, and an awful lot of the nature is dying in order to hibernate for the next months until reviving and blooming anew. Music is the one thing that seems to pull people through the seasonal murk. While at times we yearn for something uplifting and energetic to counter this state, at times it’s better just to face the reality as it is and float away in sullen tones to become one with the wilting environment. Today’s case is of the latter kind, as we’re thrilled to share with you the premiere for “Hiraeth”, a new single/music video from the Oakland-based doom metal/post-rock group Daxma!

Daxma are gearing up to release their second full-length Unmarked Boxes on November 19 via Blues Funeral Recordings and Majestic Mountain Recordings, with “Hiraeth” being the second advanced track lifted from the monolithic and both emotionally and physically crushing endeavour. So, without further ado, dig into the track’s staggering aural vortex and wondrous visuals below:

The first thing that caught my attention was the haunting atmosphere of the intro, dragging on to expose Daxma‘s inner world to its listener, taking its sweet time to grow and eventually advance into one of the most ponderous and hefty sections I’ve heard in a while. The clever key shift hits its target when kicking in during the first verse, thematically returning to the more minimal intro, but with a lot more flesh around its bones this time. The reverberating vocals are like gentle but meaningful brush strokes on a continuously evolving canvas, carrying us deeper into the depths until toning down to another moody section, rejoicing in dynamics and immense weight. The violin sprinkled here and there is an amazing nuance, giving the band’s output some unexpected and perhaps a bit unconventional flavour. The layered song’s dismal and melancholic, yet somewhat hopeful appearance also gained momentum from real life, as the band shared the following with us regarding it:

‘The word hiraeth refers to a longing for a place or time that cannot be returned to. The lyrics of this song have a lot to do with my experience growing up in Santa Cruz, California, a place several of us in the band actually have a strong connection to. Shortly following the recording of this album, the California wildfires of Summer 2020 destroyed many of the places that were really special to me, and as a result this song took on an even deeper meaning.‘

Acknowledging but without going into detail with the extreme toils the wildfires took on people’s lives, I must point out the eerie similarity of this sentiment to mine in the opening paragraph, as both of these instances, depending on the angle you look at it from, share the same kind of effect, impact, and end result; rebirth. This, in some way, ties in with the band’s Daxma moniker, translating to a Tower of Silence, a Zoroastrian funerary temple where the dead are left for excarnation. While Zoroatrianism denies the concept of rebirth, they do subscribe to the idea of afterlife, which in this case fits to my point seamlessly – again, depending on how you look at it.

Laborious subjects aside, it’s throbbingly obvious that you should keep an eye out for Daxma and their new album, as they’re about to unleash exactly the kind of oddly satisfactory and juxtaposed auditory bundle of soul-clenching grief and tonal gravity that you all so desperately need in this day and age. Go check out the other advanced track and get those pre-orders for Unmarked Boxes submitted over at their Bandcamp, and throw them a deserved like/follow/whathaveyou on their Facebook and Instagram pages.