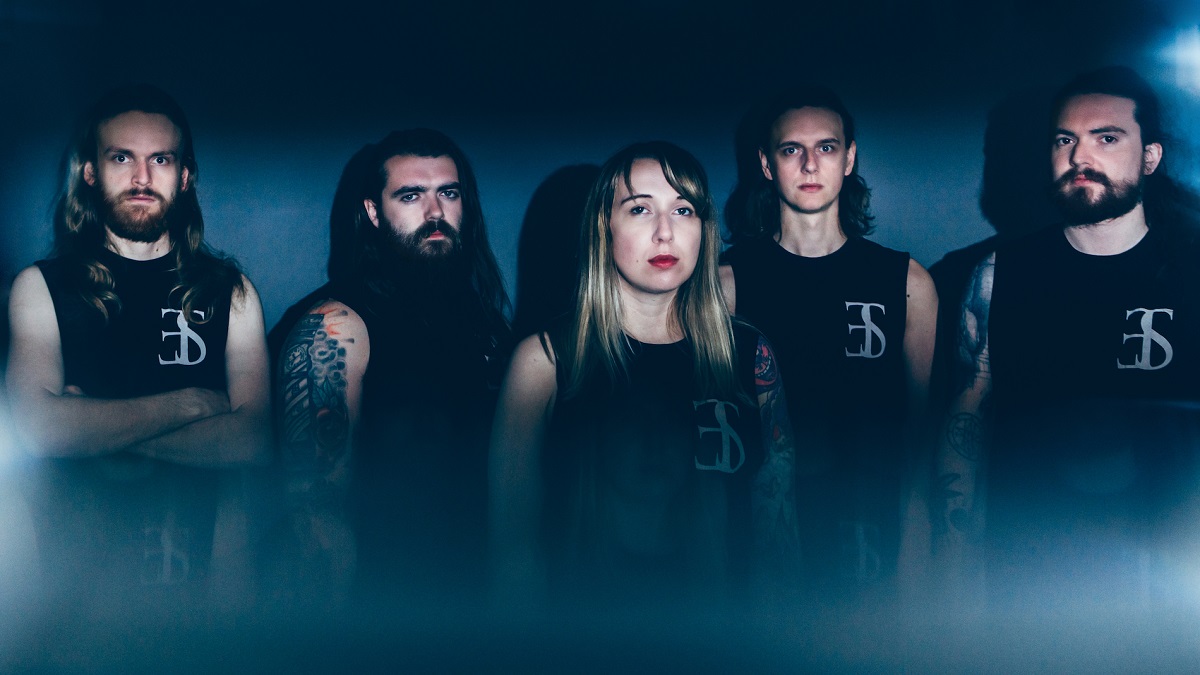 Not quite the full conquest they envisioned, Employed To Serve‘s Conquering is a satisfying metal romp regardless.

Employed To Serve are a metal band now. The kind that’d dominate Euro-metal festivals where there’s more horns in the air and receding hairlines than good BO. An almost entirely new line-up – joining is drummer Casey McHale (Breather, Funeral For A Friend), bassist Nathan Pryor, and guitarist David Porter – and with it comes a shift in sound. Shit’s still heavy, but with only mere hints of the group’s metallic hardcore and chaotic metalcore past, as the Woking group now embrace outright trad-metal with a modern polish sheen. Thankfully forgoing the goofy camp of classic metal, ensuring hardened riffs and musical aggression are encountered around every corner.

This change was, in retrospect, first heralded by 2020’s ultimately forgettable “Party’s Over” single. As for this new album, you can see this change everywhere. From the blatant audience clap-along snare roll intro of “We Don’t Need You” (which contains one of the LP’s rare breakdowns next to the crunchy title track); the repeating nu-metal sections to “Mark Of The Grave” (or a single watch of its music video); to the almost exclusively down-picked caveman riffage on the tectonic-sized “World Ender.”

Yet this new intent is made clear immediately to us with opener, “Universal Chokehold.” A serene clean guitar motif repeats next to low droning strings, all before the hammer drops with melodic guitar leads and cascading drum fills. This intro is nothing but a propulsion system for the band to enact a whirlwind of blast beats and shredding riffs, before pneumatic 4/4 groove-metal verses and Justine Jones’ ferocious screams take centre stage. Before long, the band is shooting through choruses and solos like it’s no biggie. Even with so much happening, it’s all still noticeably more streamlined, consciously more straightforward than their past offerings. And that’s not necessarily a bad thing.

In an interview with New Noise Magazine’s Caleb R. Newton last month, Jones – who sounds as feral as ever here, and I love it – spilt the beans about their vision for Conquering. Honestly talking about the shift in songwriting focus for the band to write parts that they not only found the most joy in performing but parts that first-time listeners could really get into; moments that translate better live. (Especially when compared with the Botch and Coalesce styled chaos of their past works.) She expressed that they wanted to hone in on what they as a band wanted out of their sound, and to hopefully go on to play much bigger venues through these new 11 songs. And it seems they’ll get their wish; they’re the opening band for Gojira’s 2022 European run.

Another change is guitarist/songwriter Sammy Urwin receiving more vocal air-time, whether in a singing or screaming capacity, which is always welcomed. And as previously expressed, there’s more guitar antics here than ever before; with sweet shreds and solos shooting off harder than fireworks on New Year’s. (I’ll personally rather miss the super tritone-y guitars and buzzing riffs of old but things can’t stay the same forever.) However, the more things change, the more they can stay the same.

For instance, all three previous records had moments of instrumental melodicism and vocal dynamism that suitably broke the tone and pace of those respective albums, situated at the end of the album: “As Cold As The Rest,” “Apple Tree” and “Bare Bones On A Blue Sky” ETS re-do this yet again on Conquering with ender “Stand Alone.” Though it just didn’t have the same impact for me, as this is the fourth fucking time they’ve done this across just as many albums, so I could see it coming from a mile away. The only major difference between “Stand Alone” and that other trio is that the band ditched the lo-fi spoken-word delivery, instead implementing some actual singing on this track before the album’s hitherto metal tendencies broke free from their leash, becoming business as usual.

As you can tell, Conquering is not my favourite ETS record, but this is a change of sound that I wholeheartedly embrace. This band released two of the best metalcore records of the 2010s – 2017’s Warmth Of A Dying Sun and 2019’s Eternal Forward Motion – so there is no need for them to remain the same. No need for them to fall into the law of diminishing returns by replicating the same old metallic hardcore/ discordant metalcore pastiche that’s brought them here. I love this band, and I want to see them grow, not just musically, but in popularity too. So bring on those bigger venues and festivals! Only insufferable gronks wish to see their favourite bands stay poor for their entire existence.

Although, there are some callbacks to older works. Like the gnarly second track, “Twist The Blade,” which is a downright sick moment in which the band stray the closest on this new album to the ferocity of their 2017 peak, becoming one of my favourites from this new LP as a result. The simplistic rapid-fire precision of “Set In Stone” is dope, and the subtle glitchy vocal edits are something that you’d never hear on previous ETS albums. (Same with the modulated spoken-word vocals that sit behind Jones’ screams during “World Ender.”) Though these little production ornaments make sense here, as does this wicked sixth song’s tense push-and-pull between bludgeoning grooves and some hearty melodic atmosphere breaking through its cloudy grey timbre.

The imposing “Sun Up To Sun Down” is one of the heaviest and grooviest numbers of the lot, the kind of repetitive mid-tempo stomper that would level a city block in nanoseconds. Even then, the band isn’t afraid to drop in a foreboding synth drone, something that you also would’ve been unlikely to hear on previous albums from this group. The haunting suicide-themed “The Mistake”, a song about pulling back from such dark thoughts, is a galloping sprint, one of the shorter songs on offer at a respectable 3:49. Edging over into grim black metal territory briefly, with its reliance on short progressions and punky blasts, “The Mistake” is a hell of a lotta fun. Which is my most cherished aspect of this latest ETS album: it’s just fucking fun!

While heavier than some of the bands I’m about to name, Conquering is, in a thematic sense, very much akin to the Positive Mental Attitude underground music movement of the last few decades. Like the earlier (and better) Hatebreed records, artists like Worthwhile, Liferuiner, Comeback Kid, Kid Dynamite, Have Heart, and so on, Conquering is about personal and mental conquest. To topple obstacles that stand before you, to do away with corrosive individuals, to reject toxic attitudes, and to never throw in the towel. (Some of those ideas of persistence and resilience are neatly summed in the film clip for “Exist”.) A theme that’s also clearly evident by the album’s cover artwork alone: the grinding mental ‘cogs’ of a person’s mind, how they all fit and work together, and how they can inform someone’s worldview.

That’s what lends Conquering the most universal of musical relatabilities: a listener making this album’s pent-up frustration and serrated exhaustion their own outlet for cathartic purposes. Shit, that’s one of the best things about music, heavy or not. Their past records explored similar themes of mental health – “I Spend My Days Wishing Them Away” and “Harsh Truth” to name but two – and perhaps the band will always keep such topics close to their chest in their art. (I hope so, anyway.) While maybe not as vulnerable as what’s come before it, the lyrical and musical feel to Conquering is meant to be taken as undeniably powerful; to use it to overcome; to be a force to empower. For the most part, ETS nail that approach. Now, did I personally feel empowered by this album? No, honestly, and that’s perfectly fine: I can see how others will certainly get that intended experience out of it it.

I have my gripes, sure. Like this review, Conquering is a little too long for what it is: multiple songs are at least a minute or two longer than what they maybe should’ve been, like the eponymous song. The band does fall into a comfortable repetitious mindset at times, and there’s a somewhat uneven and sleepy middle-eight to the album’s flow. (As tough as that “You’re all dead to me” line is from Jones, I’ve really done a one-eighty turn on “Mark of the Grave” since it was first released in August.) I also cannot stand the egregiously long fade-out that wraps up “We Don’t Need You.” Even then, this album remains fun and fierce! No matter what twists and turns through metal the band embark on in the future, I hope that ethos remains steadfast in how they create their art. For it’ll serve them well as they push their riff-heavy, sonic war effort in an (eternally) forward direction.