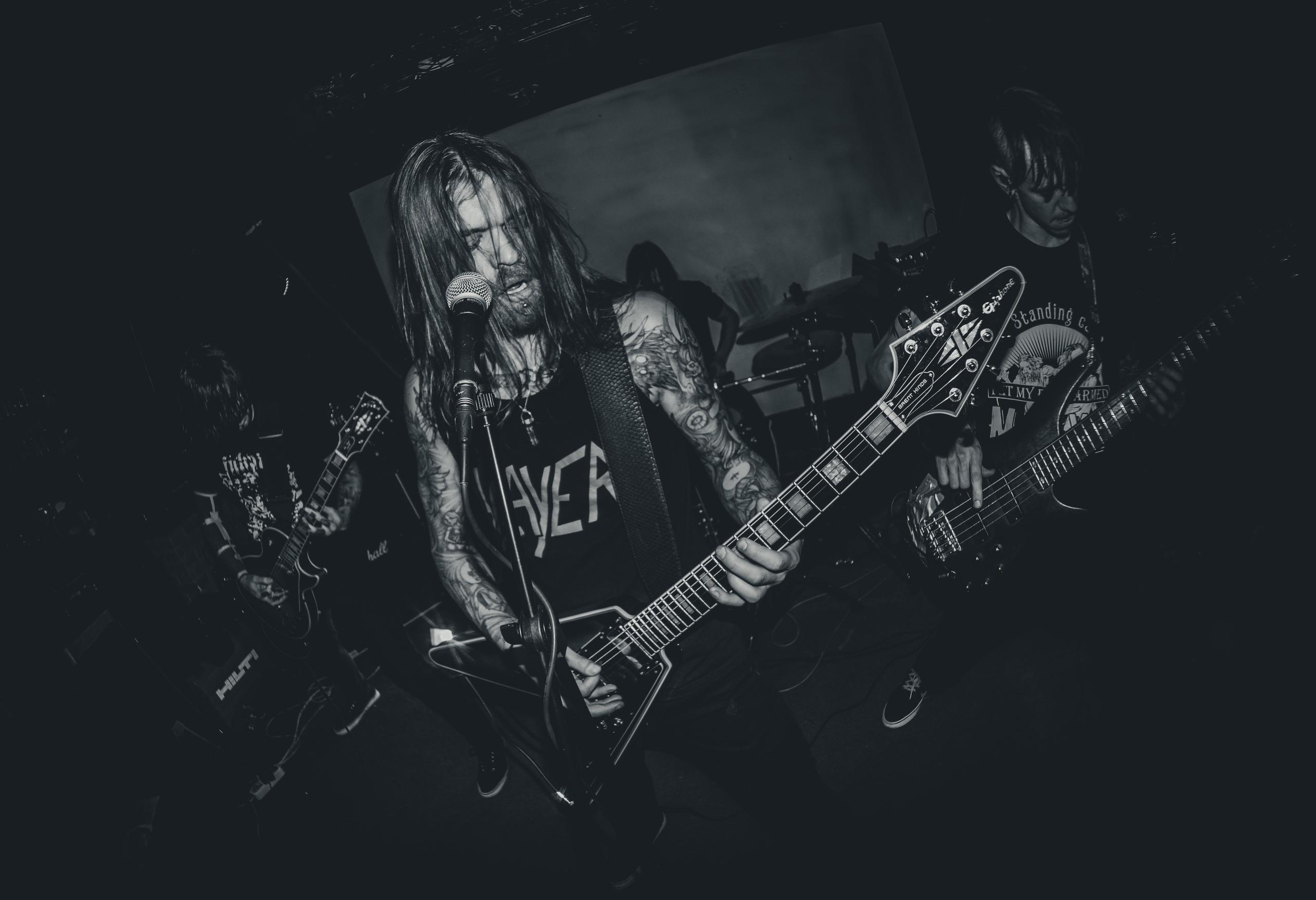 You don’t have to be a metal, or music connoisseur in particular, to know that when you see a Russian band, it usually signifies that the tunes said band makes are mean, serious business. I really have no idea what it is, but based on years of observations, this is one firm conclusion I draw regarding music from that particular country. Case in point, Vorvaň really aren’t fucking around with their sonic offerings.

Before we are torn asunder by the band’s freshest tune, let’s see a little bit on the creators themselves. Vorvaň have existed as a band for the past decade, slowly making a name for themselves touring and toiling away with their craft. With a split, two EPs, and a debut full length, they now finally unveil their sophomore album Awakened, which is due for release on May 28th via Darkened Day Records and Sludgelord Records. Following an announcement, the first taste of this record came in the form of a single titled “Shaped by the Void”. This particular song hints at a record rife with progressive leanings in songwriting and delivery while centering around a strong hardcore backbone. On top of all that we notice some sludgy influences as well as some thrash tinges. No matter how you look at it, it’s certain there’s a certain refinement around a solid core of varied ideas which come together organically.

Today we take a look at their second single — “Paths We Have Strayed From”. Through the course of this song we see a truly unbridled rage going on a rampant spree of destruction. We see another side of what may be the many which Awakened holds to its still mysterious frame. The beginning of the song doesn’t immediately strike as something wild or unheard of in these stylistic areas, other than being quite well-rounded and sounding as potent as any metallic music would. At the one-minute mark we are squarely slammed in the face with a wild and burning vocal delivery, which, as we advance, is further augmented by the instrumentation.

As we make it halfway through, we notice how so far, compositionally we’re met with fairly common tropes, which are somehow revamped with a furiously brilliant power. It all just makes you want to mosh like it’s your last day on earth and God I haven’t been able to say something like this about a song in a long time. Towards the end of the second minute we get what must be one of the heaviest moments in extreme music of this year. I swear it ran insane shivers down my spine, almost electrical. The song just keeps intensifying while going again through what is one of the most catchy yet heavy choruses. It closes with some proper heavy riffs and simply raucously ferocious howls.

If you still didn’t hit play, what are you waiting for? A special invitation? Also, if you dig this stuff, make sure to follow Vorvaň on Bandcamp, Facebook, and/or VK!