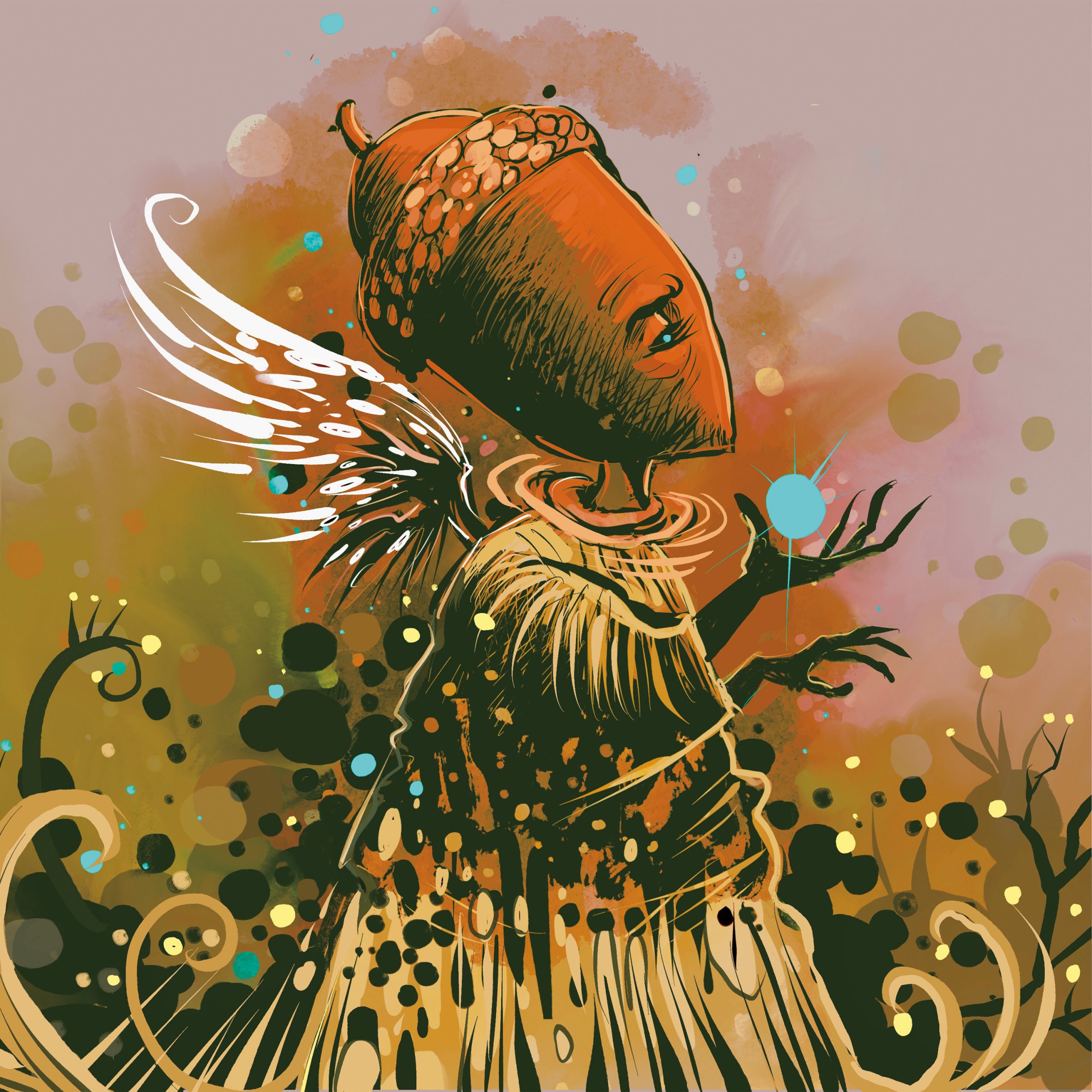 North Carolina-based musical collective Trippers & Askers have experimented amply within a folk music framework since Jay Hammond formalized his ever-evolving crew back in 2008. Releases such as 2016 EP Itinerant Attractions or 2018 LP Night Cap offer moments of audacious experimentation, such as the former’s ambient drone mammoth “Situation 1” or the latter’s cell phone-recorded “Cacophony in Sakura Park”, but there is always a respect for rhythms and instruments more commonly heard in traditional Southern music styles, such as the fiddle, lap steel guitar, or banjo.

The single “Pulsing Place” off the upcoming album Acorn pursues a similar balancing act with a soothing mix of acoustic guitar, saxophone, soft percussion, Hammond’s tender tenor, three key instruments (including a Rhodes piano!), an organelle, and a pedal steel guitar. The accompanying video is, accordingly, a sequence of serene naturescapes enjoyed by what looks to be a sentient party streamer as protagonist.

So, yes, the music is generally the aural equivalent of a full body massage, but there a number of flourishes Hammond and co. apply to the track’s simple folksy rhythms that give the listen its distinctive Trippers & Askers coat of paint. Andy Stack’s saxophone slide around 4:25 unwound a few strands of my DNA after a rough week at work, and Mike Grigoni darkens the track’s tone with more than a few long, plaintive notes on steel guitar. The cut is not all gimmicks, though, featuring ultra-warm production that underscores the collective’s cohesive playing while elucidating individual performances enough for the listener to pay close attention to the musicians’ improvisations.

In the past, Trippers & Askers have experimented quite heavily from track to track within albums. If the next is no different, I can’t wait to see what other tricks the collective have under their sleeve after a supremely chill “Pulsing Place”. The band drop the album via Sleepy Cat Records on July 16; in the meantime, stay up to date at their Bandcamp, Instagram, and Facebook.