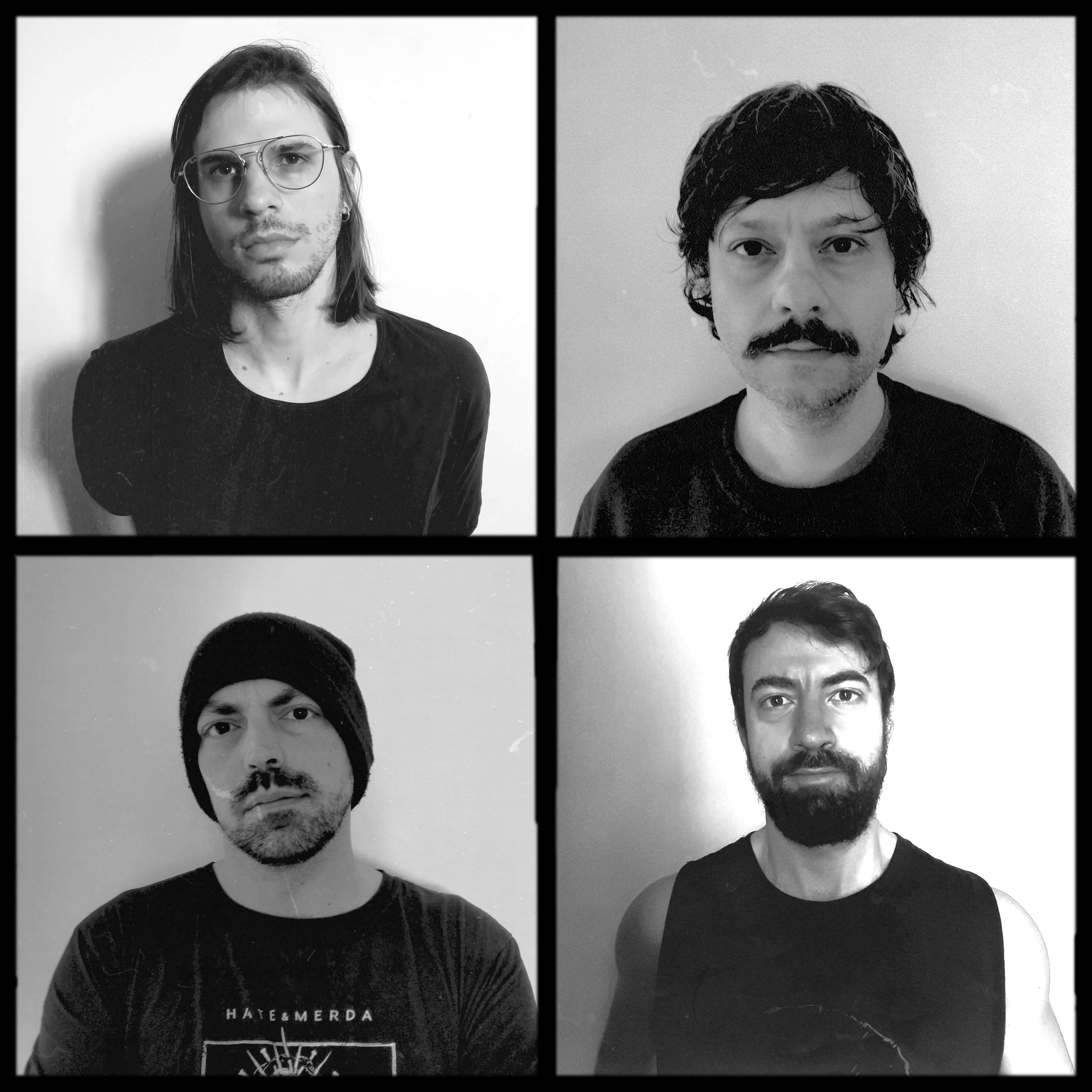 Memory and nostalgia are subjective, malleable constructs. Nostalgia could be considered the momentum of memories that are replayed, re-encoded, and cast in increasingly favorable contexts by the same process that slowly fragments and discards other memories. It’s a process that is on the mind of Six Feet Tall, whose new single “Regaining Soil” critiques nostalgia with a caustic eye. Six Feet Tall are an Italian hardcore band at the center of their thriving noise rock scene. “Regaining Soil” casts a more discordant slant on these genre descriptors even as Six Feet Tall maintain a clear sense of melody and momentum.

“Regaining Soil” begins with a shriek of, ‘it’s been a while,’ a phrase we will hear re-contextualized over and over through the song. It’s an apathetic perspective on the past, further flattened by stomping guitars and drums. Six Feet Tall thrive in this nostalgic dissonance, building grungy melodies over urgent instrumentation. The first scream is almost immediately subverted by the melody of the verse, which sounds almost detached, pulling at the edges of the frantic rhythms. The song progresses with increasingly desperate and aggressive vocals broken up and spurred further into chaos by the guitars and drums. By the end, the song has become a stampede, and the vocals tear through a wall of spastic guitar.

It’s a song that feels claustrophobic until it is suddenly cathartic, a feeling that is very much reflected in the video. The forced perspective, surrounded by glitchy movement and light, is anchored by the recurring shots of doors and windows, frozen as the world spins wildly out of control beyond. The clear reference to quarantine feels honest and accurate, especially from an Italian band who have undoubtedly been dramatically impacted by the pandemic.

“Regaining Soil” is the second single for Six Feet Tall’s upcoming EP, Be Grave With Your Life. The album cover, a stark photo of children in costumes, reflects the same distorted nostalgia that they fill their music with. The album is full of dissonant catharsis, wild riffs and catchy, sardonic vocals.

Be Grave With Your Life tracklist

Be Grave With Your Life will be available on June 12 via Mothership Records. Be sure to follow Six Feet Tall on Facebook, and to check out the video for their first single, “Do/Don’t“. Come for the cathartic punk spirit, stay for the uniquely melodic approach to chaos.